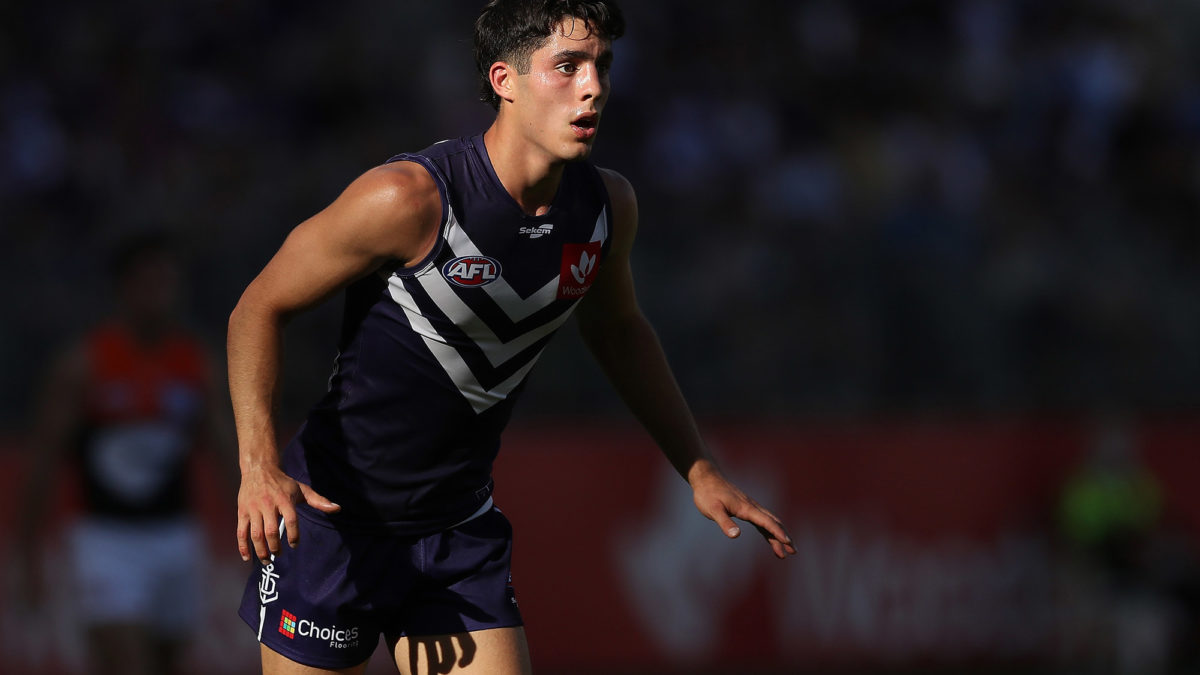 It wasn’t the most entertaining trade period we’ve ever seen, but we still had a fair few deals go through and a fair few players find new homes.

How did your club fare in the trade period this year? We’ve rated all of their performances.

In: Jordan Dawson
Out: Jake Kelly

The Crows did very well to stare the Swans down and land their prized recruit in Jordan Dawson for a first-round pick they didn’t own at the start of the trade period. They gave away a fair bit in a four-way pick swap, but it ultimately allowed them to satisfy Sydney’s demands and hold onto both pick four this year and their first-rounder in 2022.

The Lions didn’t really need to do a lot this trade period, short of pick up some cover for the injured Eric Hipwood. Of all the options on offer, Darcy Fort was probably the least exciting, but they got their man in a fairly cheap deal.

The Blues have again turned to the trade table to boost their chances of a return to finals. Last year, they added good pace on the outside through Zac Williams and Adam Saad and this year they’ve addressed another midfield need in defensive accountability through George Hewett. Of course, the promise and classy ball use of Adam Cerra also helps, while they’ve also got some key defensive depth in Lewis Young.

Importantly, they didn’t overpay for any of their new players.

Losing Sam Petrevski-Seton for so cheap has been criticised by some given his previous draft status, but he clearly wasn’t in the clubs plans anymore and his departure helped them address another area of need.

It’s now up to the Blues to turn another trade period win into actual wins but, for now, they’ve done another great off-season job.

In: Nathan Kreuger, Patrick Lipinski
Out: –

Smart enough trading from Collingwood, loading up on picks this year to block any rival bids on Nick Daicos. The trajectory of his career will determine how successful that strategy ends up being and it’s likely we won’t be able to assess it properly for a few years.

Nathan Kreuger, Patrick Lipinski and Max Lynch will be good enough players and the Magpies didn’t pay overs for either of them.

Giving up virtually their entire 2022 draft haul, however, could prove incredibly costly if they have another bad season. For now, they pass.

Tried hard to land Bobby Hill and just missed out, but we’re not convinced he’s really the player who’d take the Bombers to new heights. Jake Kelly will be a very important addition to the back six and his rebounding ability could be a game-changer in 2022.

In: Will Brodie, Jordan Clark
Out: Adam Cerra

The Dockers were able to net good compensation for Adam Cerra and deserve extra plaudits for not having to send any draft capital back to Carlton in the deal. Going to the draft with two top ten picks is a huge win and getting someone with Will Brodie’s potential for virtually nothing could also be one of the great trades.

Not content with their good work, the Dockers managed to hold onto all three first-round picks after only handing Geelong pick 22 (amidst a swap of 2022 picks) for Jordan Clark. Excellent trade period from Freo.

Not satisfied with their veteran-heavy approach, the Cats went and got themselves another player over 30 in Jonathon Ceglar, allowing younger players on the fringe to leave on (mostly) cheap deals. However, the Hawks will be paying a lot of his salary and they paid barely anything for him.

Jordan Clark will likely be the one that gets talked about for years to come. Whether he can deliver on all the promise will be a discussion for 2028 but, for now, the Cats came off second best after accepting pick 22 rather than pick 19 for him.

In: Mabior Chol
Out: Will Brodie

People are scratching their heads as to what the Suns were trying to do this trade period, but they knew what they were doing and they’ve set themselves up very nicely.

They were never going to be able to use that many picks at this draft due to their list size, so shipping almost their entire haul off in exchange for future picks could prove to be an absolute masterstroke – especially if Collingwood are in wooden spoon territory next season.

Gold Coast need to be marked down for getting themselves into the Will Brodie situation in the first place – in that they had to offer a first-rounder alongside him to dump his salary – but this rating will improve markedly if the Magpies are a bottom side in 2022 – which is entirely possible.

In: –
Out: Jeremy Finlayson

The Giants tried to make a fair few moves and reportedly had separate deals in place with Hawthorn for Chad Wingard and Luke Breust – but the player knocked the deal back in each instance. They were also reportedly working through a deal to bring Rory Lobb back to the club – but that also fell through after friction emerged with the money situation.

Jeff Kennett, in the only way he knows how, made it public that the Hawks were looking to make “interesting” trades as the club looked to accelerate its rebuild. Tom Mitchell, Jack Gunston, Chad Wingard, Jaeger O’Meara and Luke Breust’s names all came up – but none of them moved.

They had separate deals in place with GWS to send Wingard or Breust across – but the players themselves didn’t agree to it. How that wasn’t worked out in the first place is disappointing.

By all reports, the asking price for those players was simply too high for other clubs to be interested.

Hawthorn’s draft hand is far from poor, but it’s very clear the club failed to achieve what it had set out to do at the beginning of the trade period. Paying Ceglar to pay for the Cats for two years is hardly an exciting move, while bringing Max Lynch across from the Magpies will very likely not be remembered in three years.

The Demons, obviously, didn’t need to do much having just won the premiership. However, they’ve still made some very smart moves as they look to turn this year’s flag into the start of a sustained period of success.

The pick swap to get some more selections this season is good business. Adding Luke Dunstan as a free agent raised eyebrows – but we like it. What better way to prevent a premiership hangover than to keep the 22 on their toes by bringing in someone who can steal a spot?

In: Callum Coleman-Jones
Out: Robbie Tarrant

North Melbourne were never going to give away pick one for anything other than massive overs, so good on them for sticking to their guns and avoiding years of drama and ‘what ifs’ if they had.

It’s hard to pick out a winner in their trade with Richmond just yet. Callum Coleman-Jones could be their ruckman of the future and the price may be moot in a few years’ time but, for now, they may rue letting that future second-rounder go in that deal.

In: Jeremy Finlayson
Out: Peter Ladhams

Despite talking a big game, Port Adelaide were always keen to let Ladhams and his healthy salary go for the right price and will be thrilled to move further up into the first round as a result. Jeremy Finlayson coming across for peanuts from Greater Western Sydney could also prove to be a very astute deal.

Richmond have a very steady draft hand for the first time in a few years and, ultimately, fans will look back and be pleased they didn’t throw those picks around in a panic to bring in experienced bodies.

Mabior Chol and Callum Coleman-Jones departing leaves them a bit thin up the ground, but they got a pretty good return on Coleman-Jones’ departure and look to have retirements down back covered with the addition of Robbie Tarrant.

St Kilda weren’t really able to do much at the trade period given their draft hand. Luke Dunstan was always going to leave and, while they missed out on Tristan Xerri, they’ll fancy their chances of landing him when he comes off contract next season.

It took a long time, but the Swans managed to extract reasonable compensation from the Crows for Jordan Dawson, but ultimately ended up having to pay a very similar price to bring Peter Ladhams across from Port Adelaide.

They played the hand they were dealt fairly well.

After a very poor season, the instinctive reaction is to be disappointed at the Eagles not doing much at the trade table. However, there’s not really a lot they could’ve done.

Port Adelaide’s asking price for Sam Powell-Pepper would’ve likely been to high to justify the risk. It’s not as if many of their other veteran players would have had a great deal of currency to justify blowing the team up either.

Sam Petrevski-Seton came across cheaply, so they get some marks for that. Ultimately, if the Eagles fail to fire again in 2022, it won’t be the fault of their trade period.

Tim O’Brien could be a game-changing acquisition for a Bulldogs side that’s been missing a strong intercepting defender. Lewis Young and Patrick Lipinski were hardly going to feature in next year’s best 22, so they fact they left cheaply can’t be of concern.