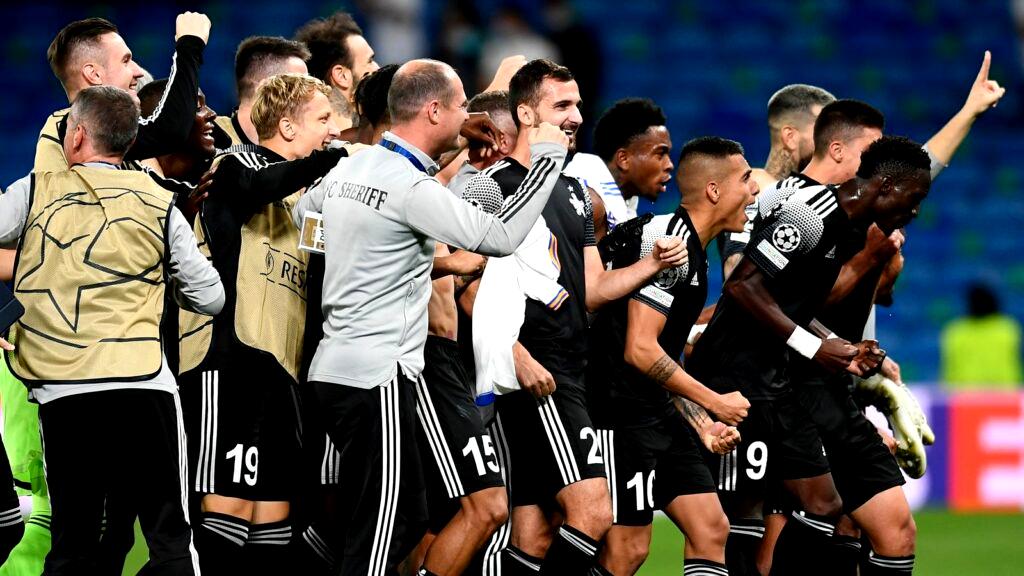 The sensation of the year? Decade? One of the biggest surprises of all time in the Champions League? What the sheriff did at the Santiago Bernabeu stadium on Tuesday night is all of that. And probably more.

The representative of Moldova, a country on the periphery of European football, beat the Royal Club, according to many, the greatest in football history.

The debutant in the Champions League 2-1 defeated the winner of 13 record championship titles of the old continent in his stadium. The famous Real Madrid fell before the onslaught of a club that has “only” existed for 25 years.

In 1996 the sheriff was founded under the original name of Tiras. The following year they received the sheriff, a company that owns a chain of gas stations, supermarkets, television, and cellular networks, as the main sponsor and officially adopted that name.

Large investments brought immediate success. The sheriff joined the Moldovan First League in 1998. In the following season they won the cup and from 2001 onwards they established complete dominance within the national framework. They won 19 titles in a row, nine trophies, seven super cups and became an absolute synonym for football in the former Soviet republic between Romania and Ukraine.

At the European level, significant results were missing until 2009 when the first place in the group stage of the Europa League was won. In the following years, the sheriff was part of the continental competition with the second highest quality three more times, but he never passed the group stage.

Meanwhile, attempts to get into the Champions League ended ingloriously. Usually already in the third qualifying round. And then came the summer of 2021.

The double triumph against the Armenian Alashkert sent Sheriff into the next round against the Serbian champions Red Star. A tailor-made opponent, it was believed among the red and white fans. A team that won’t be difficult to overtake.

In the work, however, a different picture emerged. The Moldovans proved to be an insurmountable obstacle for Dejan Stanković’s side. After the 1-1 draw in Marakana, they celebrated 1-0 at home and reached the playoffs.

There, Zagreb’s Dinamo was waiting for them, de facto a big favorite in the duel. Only on paper… Sheriff played brilliantly at home, won 3-0, then celebrated a historic success with 0-0 in Zagreb and qualified for the Champions League.

In Group D with Real Madrid, Inter and Shakhtar indicated that the sheriff will be a big underdog. That it serves to correct the goal difference of the much stronger rivals.

And this time it was just on paper. The team of Ukrainian coach Yuri Vernydub defeated Shakhtar 2-0 in their debut game and showed that they are not by chance among the best.

There was an excellent overture for the visit to Real Madrid, but the chances of a new surprise were almost nil. Nobody even thought of it. However, football has once again brought us something unimaginable. An unforgettable night was prepared.

The Moldovans showed the courageous and organized game in the capital of Spain. They defended themselves as if their lives depended on it, waiting for two situations to deal a blow to the favorite.

The victory of the Moldovan sheriff over the European record holder Real Madrid in front of his audience is by far the biggest surprise in the Champions League, since Gracenote Sports 2010 ranked the best clubs on the continent based on the “Euro Club” index.

Before the game, the odds that the Tiraspol club could score all three points in the Santiago Bernabéu stadium were only 1.4 percent.

The moment they lost that game, Real was third in the Euro Club index, behind Bayern and Manchester City, while the Sheriff was 175th among the best teams in Europe.

Real Madrid returned to the “Bernabéu” this season, but the bad fate and the unrealistically bad streak in the Champions League continued with the horror defeat of the Moldovan champions. Therefore, the duel with Shakhtar on November 3rd will be an opportunity to stop this bad karma for the Spanish giant in this competition.