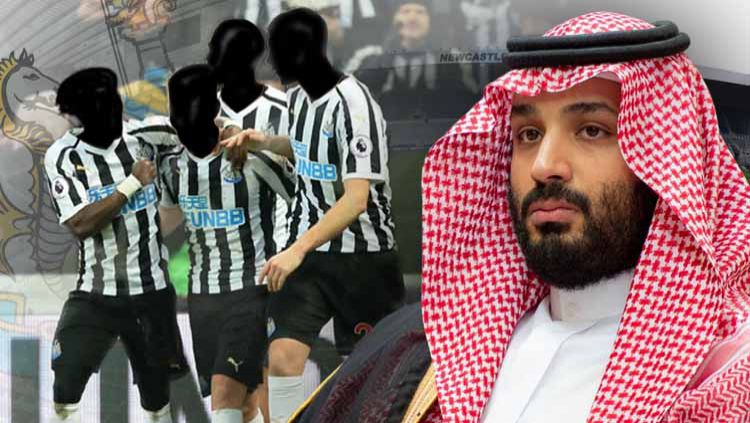 Newcastle United has officially become a rich club. The consortium led by the Prince of Saudi Arabia, Mohammed Bin Salman, has 100 percent acquired The Magpies, Thursday.

The Premier League agreed to the acquisition after obtaining legally binding guarantees that the Saudi Arabian state would not control the club. Previously, the takeover process had been delayed for 18 months due to various problems.

PIF reportedly disbursed 300 million pounds to buy shares in The Magpies. The funds used by PIF to acquire Newcastle United’s shares will be separate from state money.

“The Premier League, Newcastle United Football Club and St James Holdings Limited have today resolved a dispute regarding the takeover of the club by a consortium of PIF, PCP Capital Partners and RB Sports & Media,” the Premier League said in a statement.

“Legal disputes regarding which entity will own and/or have the ability to control the club following the takeover. All parties have agreed that a settlement is necessary to end the long uncertainty for fans over ownership of the club.”

“The Premier League has received legally binding assurances that the Kingdom of Saudi Arabia will not control Newcastle United. All parties are pleased to have completed this process which provides certainty and clarity to Newcastle United and their fans.”

After successfully buying Newcastle United, Mohammed Salman is not the first big oil businessman from the Middle East to take over the club in Manchester.

Sheikh Mansour did so more than 10 years ago when he bought Manchester City. Mansour is a wealthy politician and businessman from the United Arab Emirates and a member of the ruling family of Abu Dhabi (UAE).

Since he arrived in 2008, Manchester City have won four Premier League titles, four League Cups and two FA Cup trophies. It became the most successful period in the history of The Citizen.

According to various reports in England, Bin Salman was motivated to buy the Premier League club because he wanted to compete with Mansour.

How do the wealth, lifestyle and controversy of the owner of Newcastle United and the owner of Manchester City compare? Here’s a comparison as reported by The Sun, Saturday (9/10/2021)

Both of them have no problem with money. Bin Salman’s personal wealth is estimated at IDR 18.28 trillion to IDR 127.5 trillion. But, you could say he has almost the entire wealth of Saudi Arabia at his fingertips.

On the other hand, Mansour’s personal wealth is said to have reached Rp309 trillion.

Bin Salman is part of the House of Saud, Saudi Arabia’s ruling family since 1744.

The family has about 15,000 members, although the majority of power and wealth is in the hands of about 2,000 people.

The Al Saud family have a reported combined wealth of £1.3 trillion – with many political commentators suggesting that figure is too low.

Mansour is the half-brother of the current president of the UAE and a member of the ruling Al Nahyan family.

The oil-rich family is estimated to have a combined fortune of at least £150bn and has been pushing for the construction of the Dubai holiday spot.

Manal, who has two daughters and three sons with Sheikh Mansour, is president of the Dubai Women Establishment.

He owned a mansion or villa in France known as “Chateau Louis XIV”. The luxury house costs around £230 million, equivalent to Rp. 4.2 trillion.

The owner of Manchester City has a luxury villa for a vacation in Spain, precisely in Los Quintos de San Martin. Its value is around 42 million pounds or IDR 765 billion.

Wealthy businessmen in the Middle East usually have their own luxury yachts. Bin Salman owns a yatch named Serena. Its value is around 380 million pounds or equivalent to Rp. 6.94 trillion.

Of course the ruler from the UAE also has a yacht, which is named Topaz. His yacht turned out to be the fifth largest in the world. Its value reached 316 pounds, equivalent to Rp5.77 trillion.

This Saudi Arabian prince is known to love football, and is a Manchester United fan. Prior to acquiring Newcastle United, he already owned a Division 2 club in Saudi Arabia. The club is labeled after its name.

In terms of club collections, Mansour is superior. He is the owner of Manchester City, New York City FC, Melbourne City and Al-Jazira.

There are plans to expand far into Europe and Africa.

Bin Salman is the Crown Prince of Saudi Arabia, the son of de facto leader King Salman, who is unable to rule fully due to dementia. Bin Salman is also Deputy Prime Minister and Minister of Defence. He often describes himself as a moderate leader.

Mansour is a Deputy Prime Minister of the United Arab Emirates. However, unlike Bin Salman who focuses on his political career, Mansour spends more time on his personal business.

He is the leader of the International Petroleum Investment Company, which has business lines in various parts of the world.