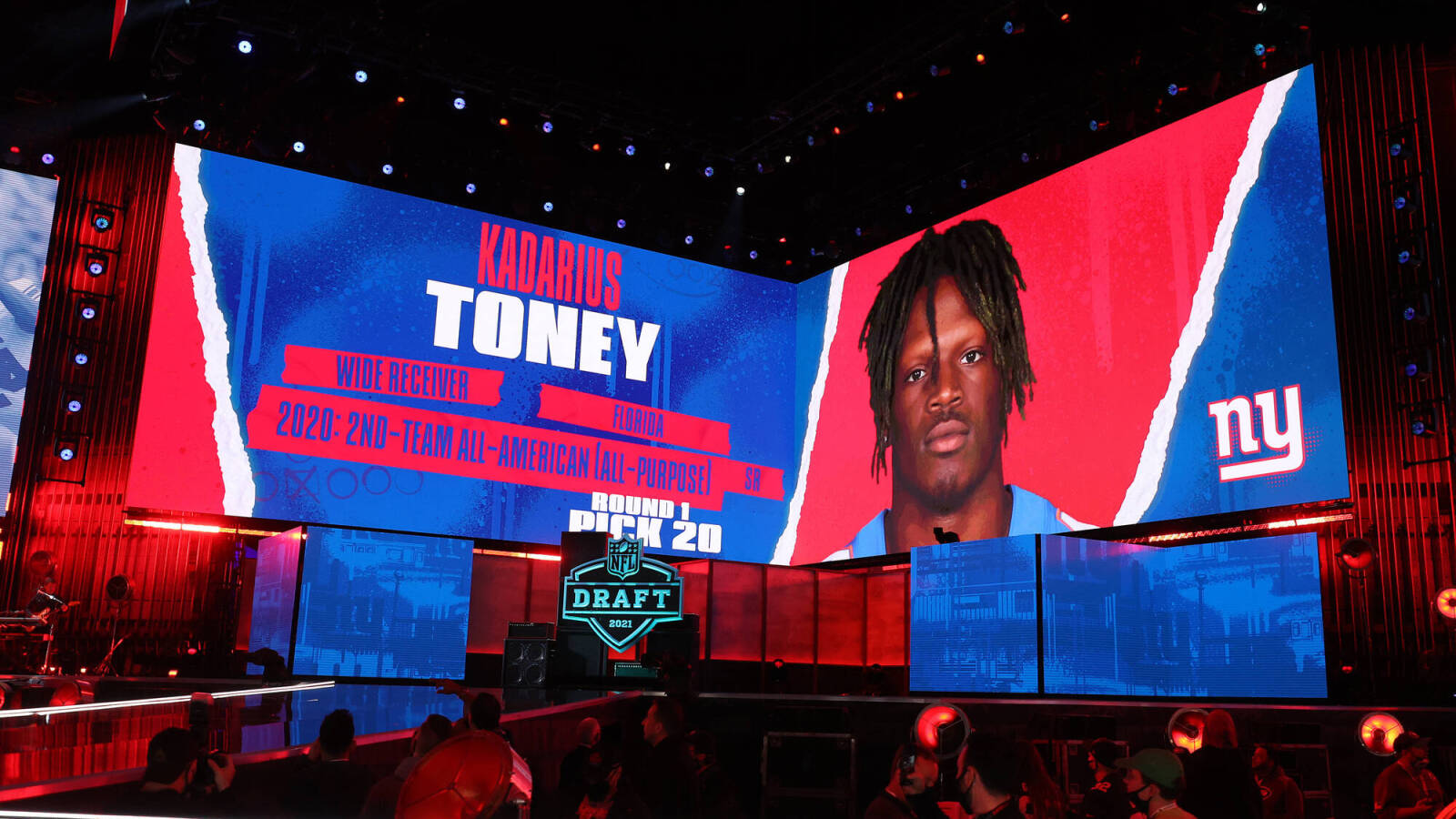 The New York Giants overhauled their front office this offseason, and as the new regime begins to put its own stamp on the team’s roster, the Giants are trying to trade away players brought in under the old administration. Typically, this means aging veterans, but the G-Men also seem willing to deal some of their younger stars as well. Running back Saquon Barkley has seen his name pop up in trade talks for some time, and now it appears that New York is even willing to move on from last year’s first-round selection, WR Kadarius Toney. Toney’s talent is undeniable, so Big Blue isn’t going to simply give him away. But he’s also injury-prone, and even with two picks in the top seven, the Giants could use all the 2022 draft capital they can get their hands on.

Which brings us to today’s quiz of the day. In 2021, five wideouts went in Round 1, including Toney, whom the Giants selected with No. 20 pick. So with that in mind, can you name the last wide receiver every NFL team selected in the first round of the NFL Draft?