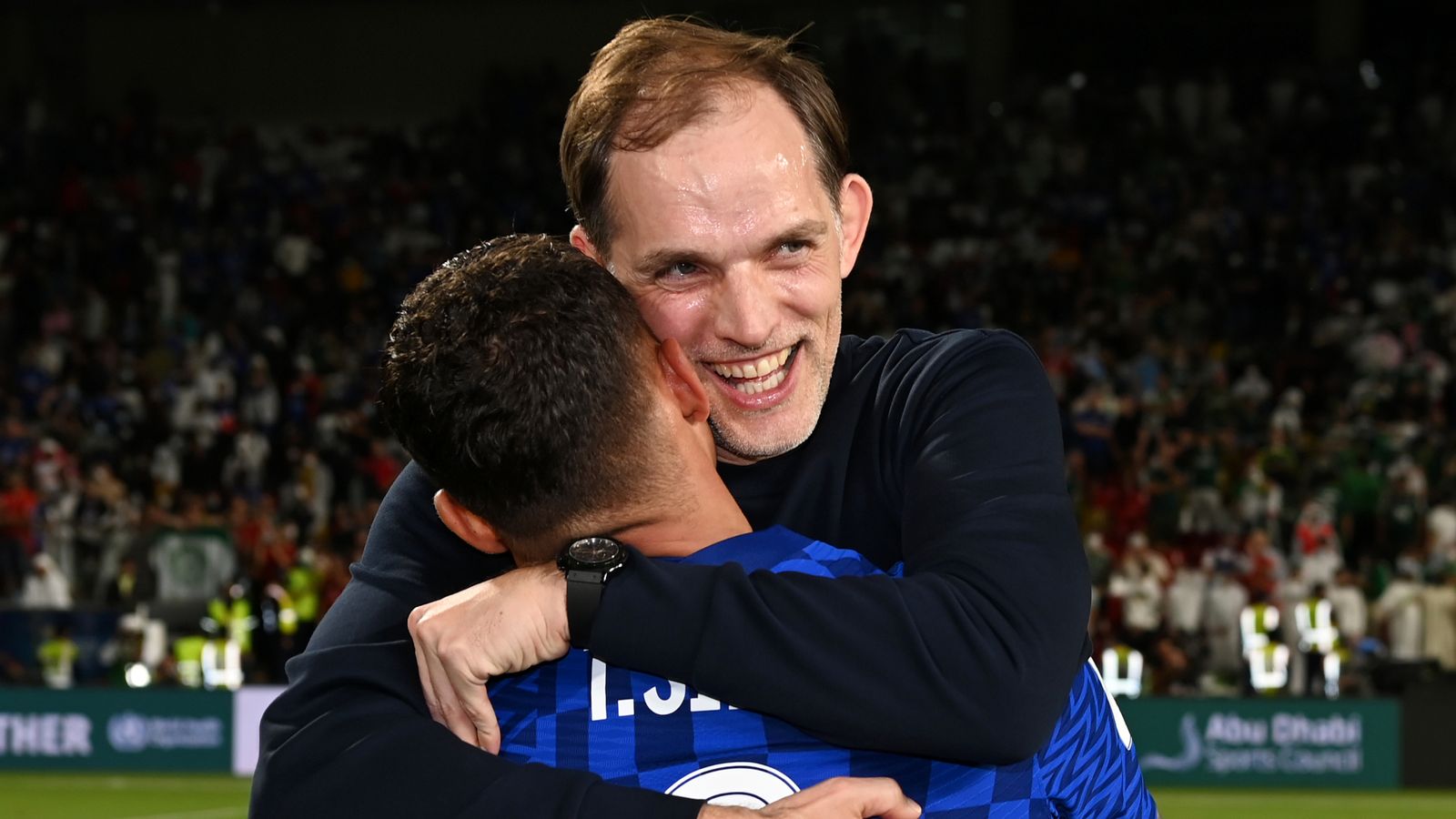 Thomas Tuchel has revealed he only beat his Covid isolation at the “second-to-last chance” to coach Chelsea to their maiden Club World Cup title in person.

The Blues’ German boss admitted he cut a frustrated figure trying to coach Chelsea’s FA Cup fourth-round win over Plymouth and the Club World Cup semi-final from his office.

As time ticked down, he revealed he made several drives to the airport without even waiting for his Covid test result, such was his desperation to join the Chelsea squad in Abu Dhabi.

Tuchel tested negative at the penultimate chance to reach the United Arab Emirates in time though, and took his place on the touchline as the Blues edged past Palmeiras 2-1 after extra-time at the Mohammed Bin Zayed Stadium.

“We were running out of lights, with the time difference we knew the deadline was coming,” said Tuchel.

“So it was the second-to-last chance to make it, the last one would have been to arrive today in the morning. So I’m happy that we made it.

“And finally we made it, I arrived yesterday for dinner, at 8.15 in the evening. I arrived on time to the team, no chance to be part of the last training, so I took the meetings today.

“It was not nice to watch the semi-final on the office at the screen, but as a coach you want to be on the sideline. I’m happy now that all the effort went very well, everyone was so supportive. The effort was excellent and totally worth it.

“I had a tactical signal to see the whole pitch and the TV signal on the other big screen to watch the matches remotely. And I was in contact at half-time with my assistant in the tribune.

“We did the same with the cup game, but it’s not like I’m constantly talking to them, it’s more or less every 10 or 15 minutes.

“It’s very strange. Coaching is also about feeling, on the touchline, so I also needed the input from the guys on the sideline. It’s not possible to coach only from the office.”

Romelu Lukaku’s powerful header had Chelsea expecting to take total control against their Brazilian foes on Saturday night, only for Thiago Silva’s handball to let Palmeiras back into the contest.

Raphael Veiga buried the spot-kick to kick-start a cagey affair, but Chelsea stayed calm and eventually fully merited their win.

Kai Havertz converted a late penalty in extra-time, holding his nerve amid a minor delay where the Blues worked out who would shoulder the burden.

Chelsea now have that rare clean sweep of every major global club trophy going, with owner Roman Abramovich on hand to toast the Blues winning it all.

Tuchel revealed he told Russian-Israeli billionaire Abramovich the victory was in his honour as the duo embraced on the field after the final whistle.

Mason Mount suffered a nasty-looking ankle ligament injury and trudged out of the clash after just half an hour.

Tuchel admitted the England forward could now face a spell on the sidelines.

“Mason was injured, in one of the very first scenes where he made a run to the far post with (Cesar) Azpilicueta, they both fell and his opponent fell on his ankle,” said Tuchel. “And he hurt his ligaments badly, so we have to see.

“He came straight to me and said he does not feel good, it felt painful and he did not know if he could continue. So we had to make the decision.”