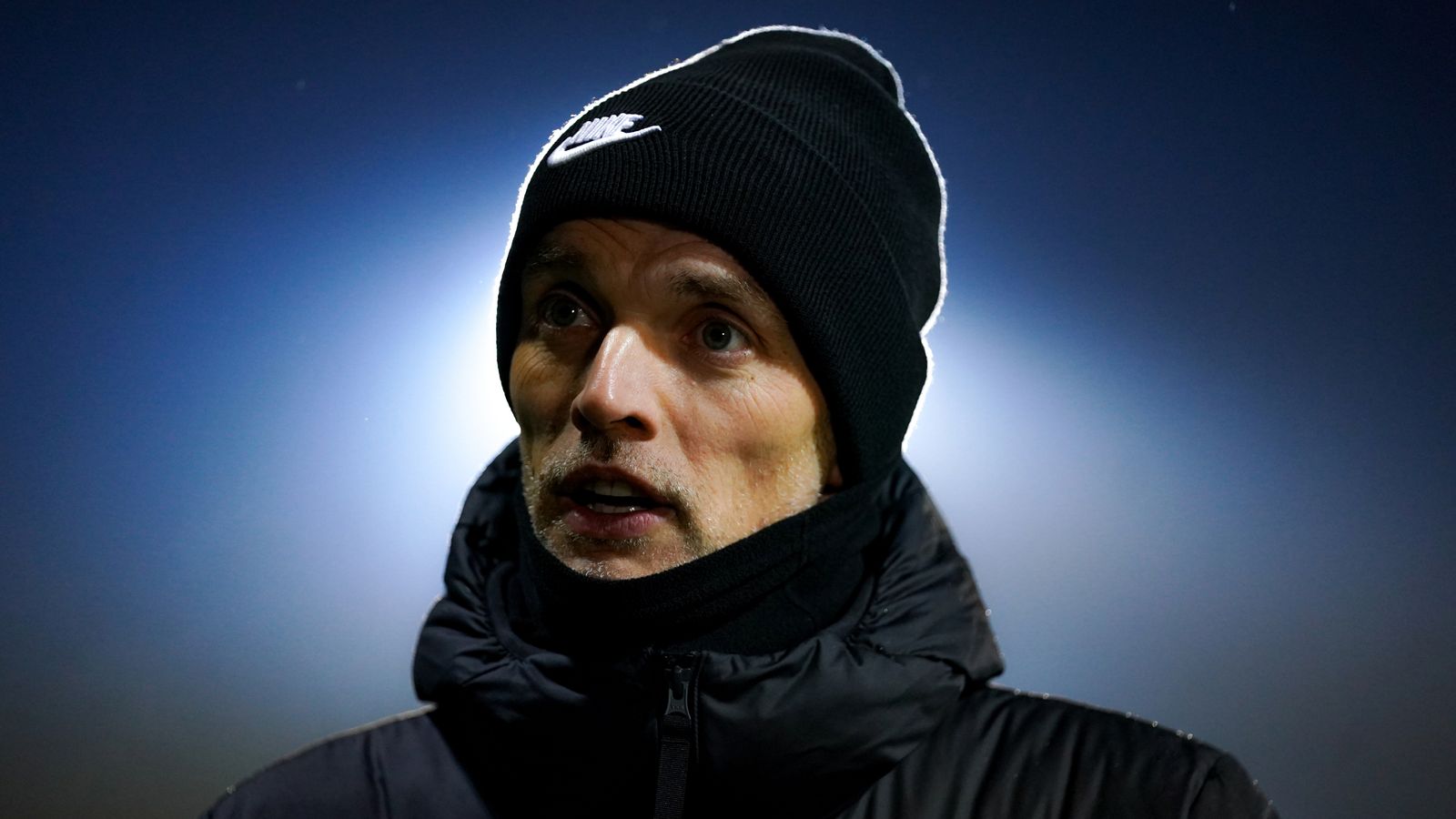 Speaking to Sky Sports’ Super Sunday, Carragher believes Tuchel is the most important figure at Chelsea as the club look to change hands after owner Roman Abramovich’s assets were frozen by the Government

Nobody has endured a debut 12 months in England like Thomas Tuchel.

Since arriving at Chelsea in January 2021, the German head coach has won the Champions League, lost the FA Cup final, seen his club-record signing speak out against his methods and watched the man who hired him at Stamford Bridge kicked off the board by the Premier League and the UK Government.

After Roman Abramovich was sanctioned by the UK for his relationship with Russia president Vladimir Putin, in the wake of the country’s invasion of Ukraine, Tuchel has been the public spokesperson for Chelsea – who are unable to do any business at all until the club is sold.

But, as Blues technical director Petr Cech told Sky Sports on Sunday, matters at Stamford Bridge can change on a day-to-day basis.

So where does that leave Tuchel? Is it worth it for him to stick it out at Chelsea? Or should he use this as an opportunity to quit the Blues?

Carra: Tuchel has been a leader for Chelsea
Sky Sports pundit Jamie Carragher praised Tuchel’s handling of Chelsea’s delicate situation on Super Sunday, ahead of the Blues’ 1-0 victory over Newcastle.

“I think right now he is vitally important [to Chelsea],” said Carragher. “He’s a brilliant manager, we know that from his record, but the way he’s handled himself in the last couple of weeks has really shown what kind of a guy he is as well, not just his quality as a football manager.

“He’s been the figurehead for Chelsea Football Club for speaking out. He’s been getting asked questions constantly before and after games and he’s come across really well. He’s been a real leader for this football club.”

But as Carragher claimed last week, Chelsea’s horror situation off the pitch could be good news for their rivals on the pitch.

If a new owner is not found before June 30, then Chelsea will lose key defenders Thiago Silva, Cesar Azpilicueta, Andreas Christensen and Antonio Rudiger on a free transfer – without being able to offer them new terms or bring in any replacements.

Meanwhile, speculation has been rife over Tuchel’s own future, with Carragher talking up Manchester United – who are still on the lookout for a permanent replacement to Ole Gunnar Solskjaer – as a potential option for the German.

“I think it is realistic in that if you are Manchester United why wouldn’t you ask that question?” Carragher added. “Unfortunately with the situation that Chelsea find themselves in, other clubs will be looking at their situation in terms of players or managers going forward, that’s the nature of the beast.

“He’s one of the best managers in world football and Manchester United are looking for one but I think he’s come out and said that he’s committed to the club and I’m sure that what he’s got to say.

“But there are uncertain times for Chelsea because you don’t know what the ownership is going to be towards the end of the season.

“He’s 100 per cent the most important person you have to keep in place as a new owner.

“It’s a great playing squad and you look at what they’ve achieved in terms of Champions League, Club World Cup champions and there’s a few players out of contract. I do think there are problems in terms of next season and the squad and what they can bring in.

“But in terms of Thomas Tuchel, they have a guy – and there’s very few of them in world football – who can compete with Jurgen Klopp and Pep Guardiola, whether it’s in this league or the Champions League. And those managers are very few and far between right now.”

Tuchel: No doubt I’m staying at Chelsea until May

Despite all the off-field concerns and distractions, Chelsea have now won five in a row in the Premier League to strengthen their hold on third. And Tuchel reaffirmed his commitment to Chelsea after his side’s 1-0 win over Newcastle.

“For sure, there’s no doubt I stay until the end of the season,” he said. “Absolutely.

“We have to wait day by day because everything can change but the situation is clear: the club is for sale and hopefully it will go through to sort things out and give us some perspective. It’s pure speculation and I have no further information than you already have.

“Day by day is a good way to live your life and now we’re forced to do it because there are circumstances we can’t influence. In some ways, that’s not so nice but it gives you the freedom to focus on the things you can influence, which is our performances and show the spirit.

“The focus is on the first team – but Chelsea is much more than the first team in the Premier League. It’s a massive club with huge tradition and hundreds and hundreds of people and for them it’s important we show the spirit, give them a distraction and show them what we’re about.”