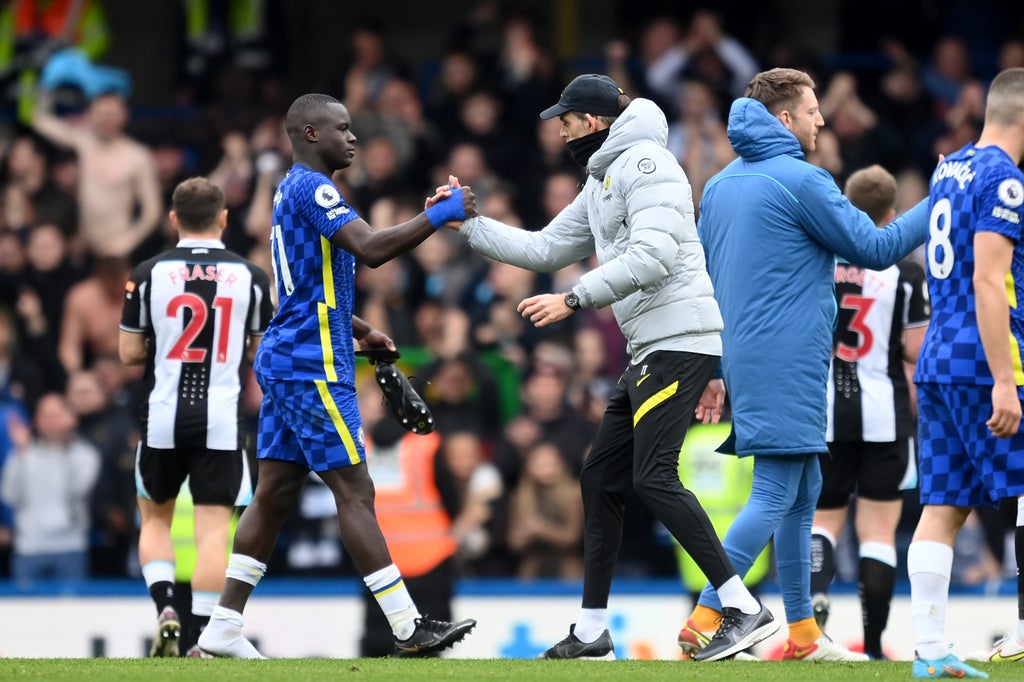 Thomas Tuchel says there is “no doubt” he will remain at Chelsea until the end of the season despite the uncertainty around the club’s ownership.

Kai Havertz’s late goal earned the Blues a 1-0 win over Saudi Arabian-backed Newcastle in their first game at Stamford Bridge since owner Roman Abramovich was sanctioned by the Government for his links to Vladimir Putin and role in enabling the Russian invasion of Ukraine.

There were no obvious signs of the severe financial restrictions which have been imposed on the club since Thursday but Tuchel has previously said they would have to live “day-by-day”, which has raised speculation about his own future.

But Tuchel said: “There’s no doubt I’ll stay until the end of the season. Absolutely.

“We just have to wait and we still have to go day by day because everything can change. But the situation is clear, the club’s for sale, and hopefully it will go through to sort things out and give us a perspective.

“It’s not so nice because we have no strings to pull and no actions to do to help.

“But on the other side it gives you the freedom to focus on what we can influence – and this is our performances and to show the spirit. Because of course the focus is on the first team, our players and me and the first team of Chelsea.

“But Chelsea is much more than the first team of the Premier League. It’s a massive club, massive club with huge tradition.

“And there are hundreds of people who I’m pretty sure worry more than our players and staff, me included. And for them it’s important that we show the spirit and give them a bit of a distraction, some hope and show what we are about, and we are about football because we love the game.”

While Abramovich’s other assets have been frozen, the Government has issued Chelsea a special licence to continue to operate, which restricts their spending to £20,000 per match and has raised questions over their ability to fulfil Wednesday’s Champions League last-16 second leg at Lille.

Tuchel revealed the squad was planning to fly to France but joked that he would be prepared to drive the squad there himself if necessary.

“I think practically changed more for the guys who for example organised the journey to Lille, because they had to figure out how we arrive there,” he said.

“But in the end I get the information so for me personally when I come to the building, actually nothing has changed so far. In the moment it’s the same.

“My last information is that we have a plane, that we can go [to Lille] by plane and come back by plane,” he added. “If not we go by train, if not we go by bus – if not, I drive a seven-seater! And I will do. Mark my words I will do; I will arrive there.

“If you’d asked me 20 or 30 years ago if I would join a Champions League match at the sideline and what I was willing to do I would have said okay, when do I have to be where. And why should this change. I will be there, we will be there.

“Of course organisation-wise there are some negotiations going on and some talks, but it does not influence me.

“We have brilliant guys who organise the travel, and we have in every department we have such committed people that for the moment things feel normal.”

Newcastle are owned by Saudi Arabia’s sovereign wealth fund and the Middle Eastern is engaged in its own war with a neighbour in Yemen and, on Saturday, executed 81 people.

Asked if he found it strange that one club is facing sanctions and the other is not, Tuchel said: “I don’t want to point the finger because comparing yourself or blaming others does not make the situation for us a different situation.

“The statement, that we condemn war and the actions from Russia towards Ukraine, there is no doubt. But we’re facing the consequences actually at the moment and this is where the focus is.

“Maybe as you need to trust the process that you work for a company that is not doing the morally and ethically wrong things. At some point, we need to trust.

“Maybe we need to ask questions about the process of how this goes. Maybe it’s an ongoing process and it will never end. It just reminds us to be aware and conscious about it, and not look away.”