Southampton are set to face off with Wolves on Saturday afternoon.

The Saints had a pretty slow start to the campaign, but their form has now picked up in recent weeks.

Ralf Hasenhuttl’s side are unbeaten in their last four Premier League ties, with their latest game seeing them put Brentford to the sword by four goals to one.

As a result, Southampton have now climbed up to 11th in the Premier League table, one point behind Leicester who have two games in hand.

As for Wolves, they continue to prove a tough nut to crack for any side, conceding just 14 in 19. However, they are struggling at the other end of the pitch, netting 14 in 19.

Ahead of the game, a Southampton team news update has emerged.

It is a mixed one for the Saints, who do have Kyle Walker-Peters available once again, but remain without the services of Tino Livramento:

Kyle Walker-Peters is available after recovering from COVID-19, while Yan Valery returns after his ban. Theo Walcott and Mohamed Elyounoussi have both tested positive. Tino Livramento and Will Smallbone remain sidelined.

Elsewhere, Hasenhuttl was quizzed on the possibility of making a permanent move for Armando Broja – currently on loan from Chelsea – and had this to say:

“We will find the right conversation with the player, agent, the club. What they want and what Chelsea wants.

“I think we should let the young lad develop his game, this is important for him to play games.” The boss continued: He likes it here, he enjoys it here, we have a young team and these are all reasons why he has developed his game and is getting better.

“In the end, we have to find the best decision for the boy, for the player, if it’s a win-win for everybody then we will find the right decision for the summer. As long as he is our player we will have much fun with him and try to make him better.”

Quotes via the Daily Echo. 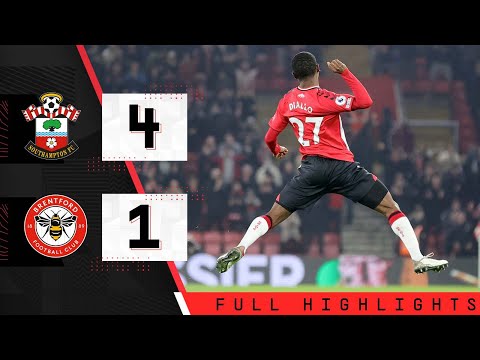 Extended action from the first-ever top-flight meeting between Southampton and Brentford, which the hosts… 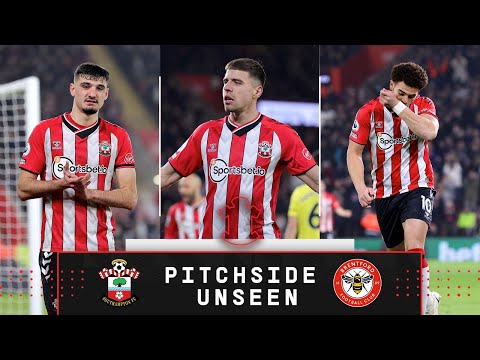