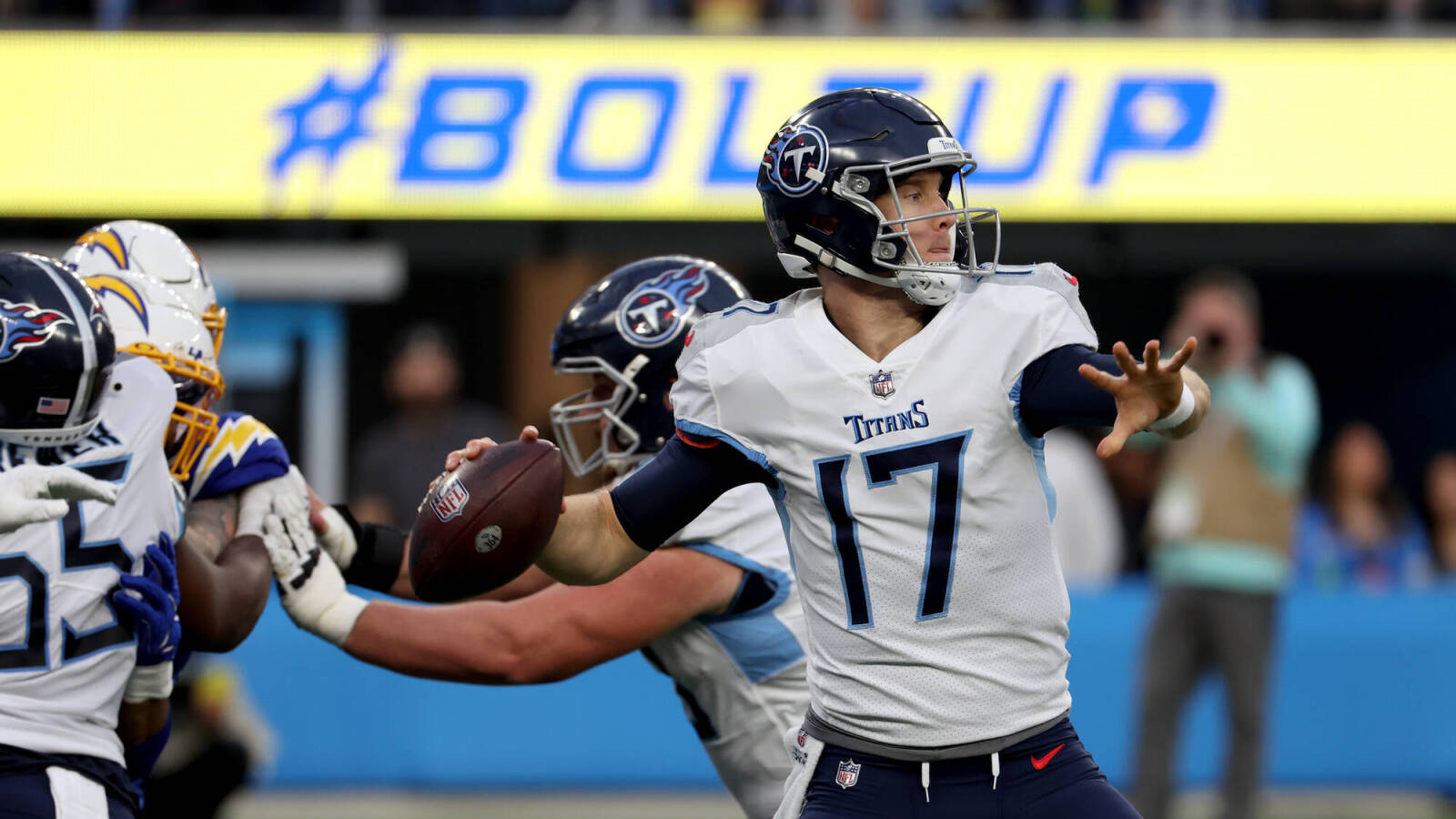 If the struggling Tennessee Titans are to earn a spot in the NFL Playoffs, they will have to do so without starting quarterback Ryan Tannehill.

Ahead of Thursday’s game against the Dallas Cowboys, Tennessee placed Tannehill on injured reserve due to an ankle issue he’s been dealing with over the past few weeks.

Tannehill had already been ruled out for Thursday’s game with veteran journeyman Josh Dobbs getting the start over rookie Malik Willis.

In reality, this could be the end of the line for Tannehill in Nashville. Tennessee can move off the struggling former Pro Bowl signal caller while saving nearly $18 million against the 2023 NFL salary cap.

Tannehill, 34, is slated to count a whopping $36.6 million against the cap in 2023. With the Titans now in the midst of a five-game losing streak and as injury-plagued as they come, it would not be a surprise if we’ve seen the last of this former Pro Bowler in a Tennessee uniform.