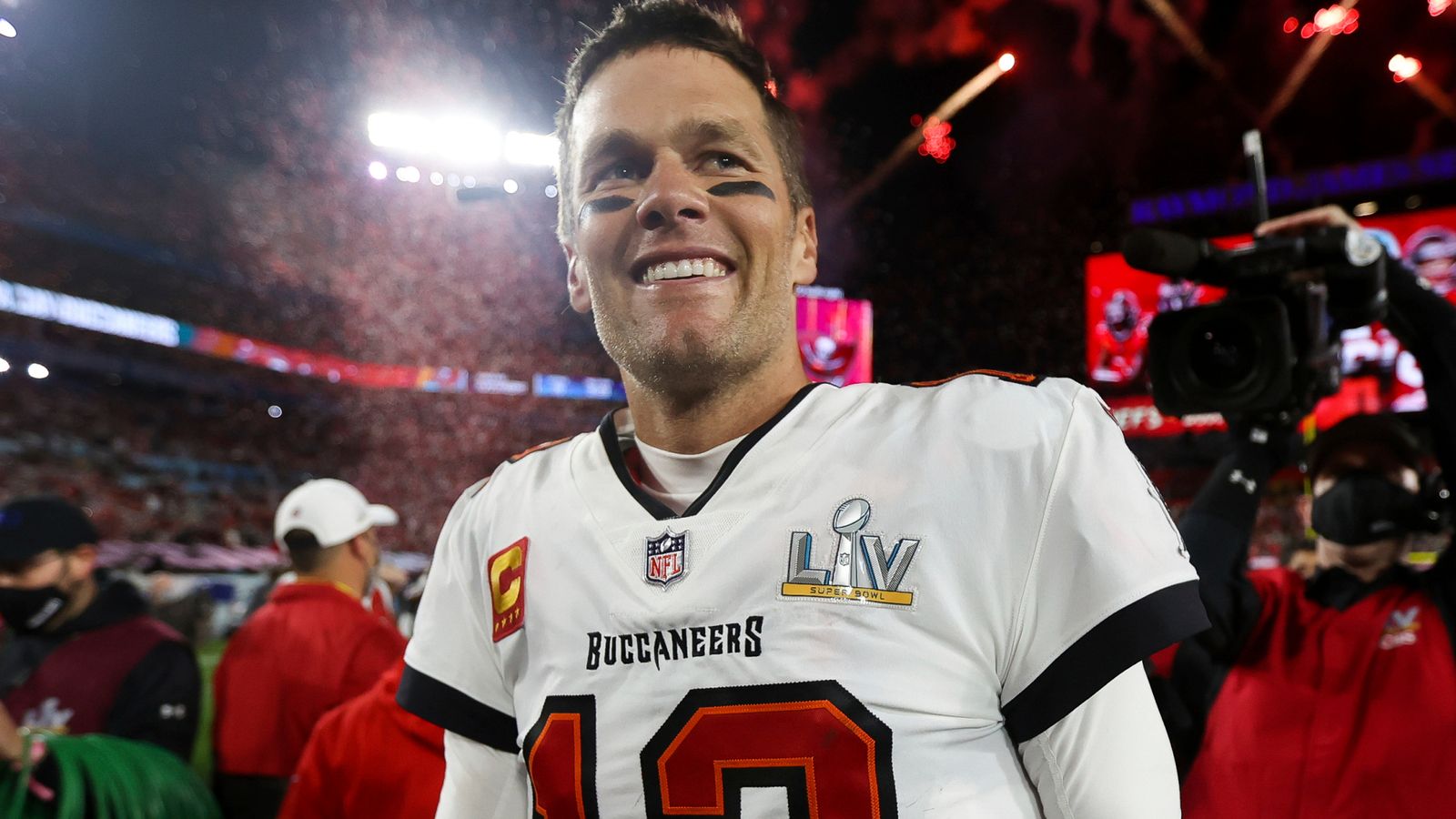 Following Tom Brady’s sensational announcement that he is coming out of retirement, we look back on his seven Super Bowl triumphs…

Brady’s first and last Super Bowls were the only occasions he was the underdog with the bookmakers.

In just his second season in the NFL, after being drafted in the sixth round of the 2000 NFL Draft, Brady took over from long-time starter Drew Bledsoe, who was kept out of the line-up with a sheared blood vessel following a heavy hit in a game against the New York Jets.

Brady led New England to a 11-5 record on the season and to the Super Bowl, ultimately keeping the job over Bledsoe, but there they came up against the Rams’ juggernaut of an offense dubbed the ‘Greatest Show on Turf’.

Brady, understandably, was mainly limited to a ‘game-manager’ role, completing 16 of 27 passes for only 145 yards, though he did throw an eight-yard touchdown pass to David Patten as the Pats took a 14-3 lead into half-time.

The Rams finally found some form in the fourth quarter, scoring two touchdowns to tie things up at 17-17. But, with one minute and 30 seconds left on the clock and John Madden on commentary suggesting they should kneel to run the clock out and take the game to overtime, Brady drove the team down the field to set up a game-winning, 48-yard field goal from Adam Vinatieri as time expired.

Another clutch kick from Vinatieri, this one from 41 yards out with four seconds on the clock, secured Brady his second Super Bowl ring.

In truth, Brady did the bulk of the work, completing 32 of 48 passes for 354 yards, three touchdowns and one pick, but he came up against an inspired Jake Delhomme – yes, that Jake Delhomme! – for Carolina, who ensured the game went down to the wire.

Delhomme, who would make only one further playoff appearance in his career, put in a fine performance – 323 yards, three TDs – in rallying his team from a 21-10 deficit early in the fourth quarter.

The Panthers put up 18 points in the final period, contributing to a Super Bowl record of 37 scored in a single quarter; Delhomme’s 12-yard scoring strike to Ricky Proehl tied things up at 29, but again Brady was granted too much time drive his team down the field and deliver the final blow courtesy of another Vinatieri kick.

Back to back. And a third Super Bowl win in four years; a dynasty well and truly born.

Andy Reid was again on the receiving end, this time as the head coach of the Eagles, though, unlike his Chiefs on Sunday, his team managed to keep things close throughout this contest before ultimately coming up just short.

All tied up at 14 at the end of the third quarter – one of Brady’s two touchdown passes thrown to linebacker, and now Tennessee Titans head coach, Mike Vrabel – the Patriots then streaked clear by 10 points in the fourth courtesy of a Corey Dillon score and a Vinatieri field goal.

The Eagles then cut their deficit to 24, with Donovan McNabb throwing a 30-yard touchdown pass to Greg Lewis, but they were criticised for taking too much time off the clock as the TD came inside the final two minutes and New England ultimately held on, clinching victory with a third interception of McNabb in the final seconds.

Congratulations to the greatest of all time.

Brady endured a decade-long drought between winning his third and fourth rings, being denied twice by the New York Giants in the intervening years, most notably when they prevented the Patriots from going the entire 2007 season unbeaten.

Much like with Kansas City, the Seahawks were looking to become the first Super Bowl champions to repeat since Brady’s Pats had done so in 2003-04. And Seattle, frankly, should have won.

Brady had a decent enough game, completing 37 of 50 passes for 328 yards, throwing four touchdowns to two picks, but the game was out of his hands late on as the Seahawks, down by four, drove down the field in the final two minutes for the game-winning score.

They reached the goal line with 26 seconds to go but, in one of the craziest play-calls in football history, Seattle opted to pass rather than hand the ball off to their ‘Beast Mode’ running back Marshawn Lynch and Russell Wilson’s pass was picked off by Malcolm Butler in one of the most memorable plays in Super Bowl history.

Quite possibly Brady’s crowning achievement. Not only did he overcome his childhood hero, Joe Montana, and Terry Bradshaw’s record haul of four rings for a quarterback, but he did so by throwing for a massive 466 yards and leading his team back from a 28-3 deficit with eight and a half minutes left in the third quarter.

We’ve picked out 10 of our favourite moments from past Super Bowls, including Julian Edelman’s miracle catch and ‘The Philly Special’

We’ve picked out 10 of our favourite moments from past Super Bowls, including Julian Edelman’s miracle catch and ‘The Philly Special’

Behind by such a margin, Brady had to air it out to try and catch his team up, and that he did, attempting a record 62 passes, completing 43 of them. He threw touchdowns to James White and Danny Amendola either side of a Stephen Gostkowski field goal to bring his team back to within eight of Atlanta and White then took over.

The Patriots running back found the endzone a further two times on run plays from the goal line – the first tying the game up after a successful two-point conversion completion from Brady to Amendola and the second the game-clincher in overtime.

This one was far from a classic. In fact, it was the lowest-scoring Super Bowl in history!

In hindsight, it was perhaps the beginning of the end of the Patriots dynasty, with the lack of offensive firepower that has plagued them for the subsequent two seasons in New England on full display here.

Brady did just about enough, despite throwing an interception with his first pass of the game, as he finished up 21-of-35 for 262 yards, but really his fifth ring came courtesy of a defense that played lights out in restricting the Rams to just 260 yards of total offense.

With the score still tied at 3-3 into the final 10 minutes of the game, though, Brady stepped up and found Gronkowski for a 29-yard pass play to set New England up at the two-yard line, from where Sony Michel ran in for the only touchdown of the game.

This was meant to be one challenge too great even for Brady.

At 43 years old, in his first year with a new team, learning a new offense, with the added challenge of living through a global pandemic, Brady and the Buccaneers overcame a sluggish start to the season in which they dropped to 7-5 with a Week 12 defeat to those very Chiefs. They would not lose another game.

The chemistry the team struggled for through those first three months was there in abundance in the Super Bowl Sunday rematch against a heavily-favoured Kansas City side. The defense was rampant in disrupting Patrick Mahomes and the league’s No 1 offense, limiting them to just nine points.

As for Brady, well he threw touchdown passes to Gronkowski, two of them, just like old times, as the pair overtook Joe Montana and Jerry Rice for the most scores by a duo in playoff history (14) and Super Bowl history (five).