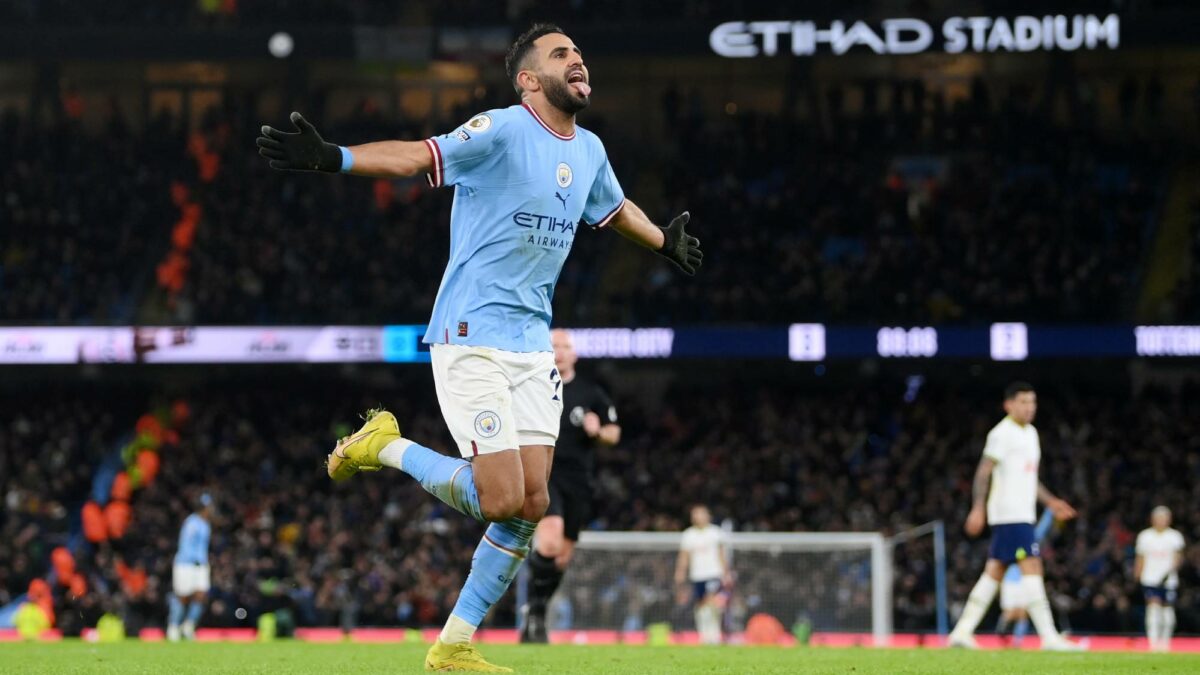 Manchester City’s title chase is back on after a thrilling comeback saw Pep Guardiola’s men surge past Spurs to cut Arsenal’s lead at the top of the Premier League to five points.

City looked dead in the water at halftime after two Tottenham goals late in the first half, but rallied to win 4-2 and keep their challenge alive.

They were booed off at the break, but second half goals from Julian Alvarez, Erling Haaland and two from Riyadh Mahrez settled a thrilling clash at the Etihad Stadium.

Spurs are masters in self-immolation – UK fans refer to such events as ‘spursing up’ – and this goes down with one of the greats, turning a commanding lead into a resounding defeat.

Ironically, their fans might not be too bothered, as the result will be crucial if City are to rob their great rivals of their first Premier League title since the 2003/04 season.

After the derby loss to Manchester United last weekend, City watched Arsenal open up an eight-point advantage at the top of the standings and risked losing further ground as Tottenham raced into a commanding first-half lead through goals from Dejan Kulusevski and Emerson Royal.

But a rousing fightback after the break saw City score three times in 12 minutes.

Mahrez had put the home team ahead in the 63rd minute and he killed off any chance of a late twist when breaking away to score again in the 90th.

City boss Pep Guardiola said on Sky Sports: “I cannot deny how happy we are. But we were far away from the team that we were.

“We concede four fouls and we don’t react. There was nothing from the stomach and the guts, the passion, fire, desire to win from minute one.”

Some City fans even booed at half-time. Guardiola added: “They booed because we were losing but not because we played badly.

“Maybe it’s the same as our team, maybe we are comfortable after four Premier Leagues in five years.

“How do I get the fire back? It’s my duty, my job. I want my fans back. I don’t recognise my team. I’m not going to tell you what I said.”

Two-goal Mahrez added: “I thought we played good in the first half so when we came back we were frustrated.

“The manager spoke to us and we knew we could come back. We showed what we are.

“We scored two goals early and it put us in a great position. I think we deserved to win. It was a good night.”

Spurs boss Antonio Conte said he was happier than last season with their performance against Guardiola’s men.

“In the game last season Manchester City dominated the game. Today we played a good game with personality.

“At the same time I’m disappointed. It’s the first time one of my teams has conceded four goals in one half.

“We have to try to improve and work with these players. We need time to try to create something important with this team.”

City play Wolverhampton on Sunday and can move to within two points of Arsenal before the Londoners host United at Emirates Stadium.