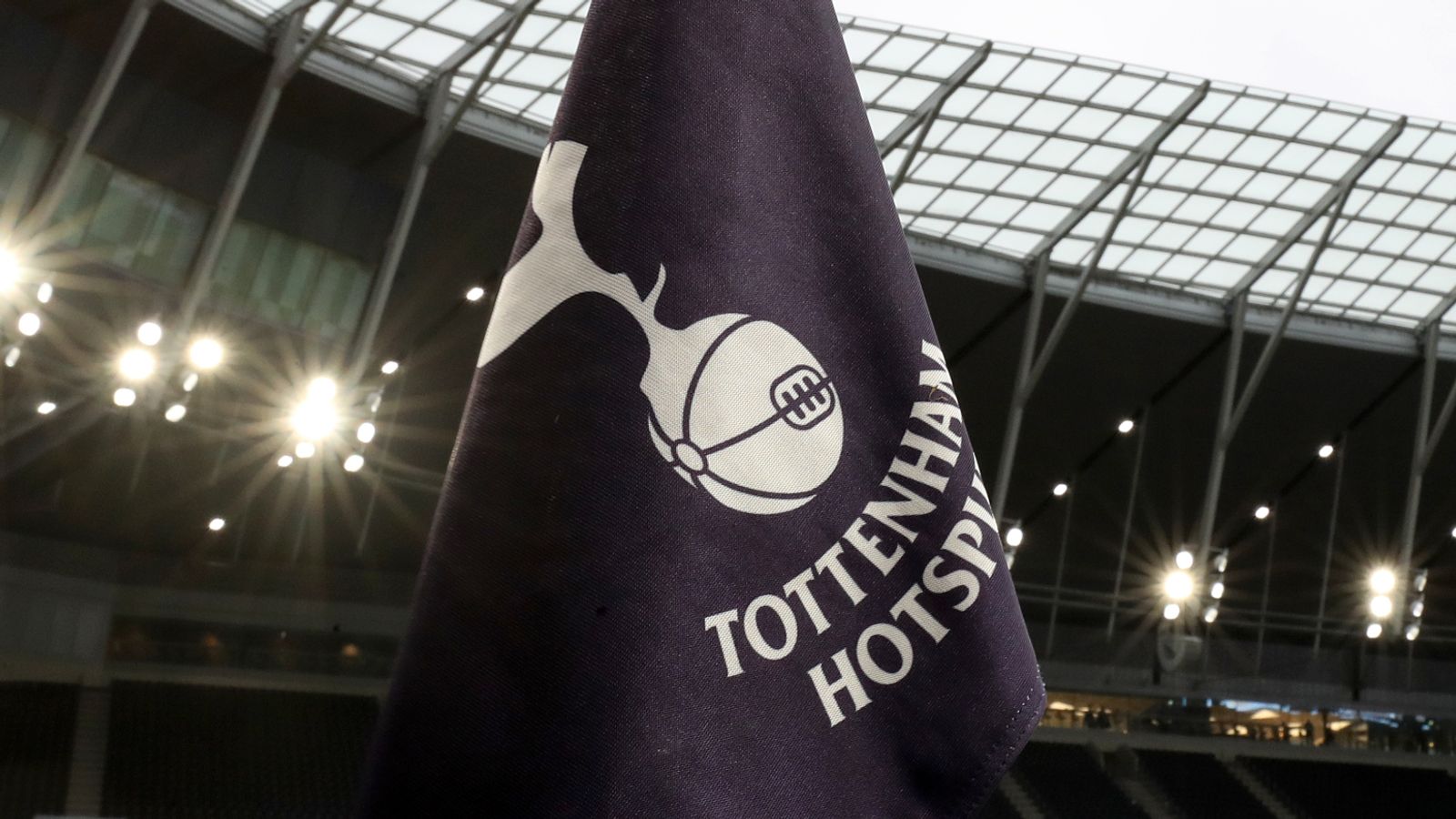 Spurs formed a focus group with some of the club’s fans, which ended in the summer of 2020, to review the use of the letter Y; “We understand how our fans feel and we’re sure it’s time to connect the term with our club.”

Tottenham fans continue to shout the letter Y in protest of the club’s request.
The song was sung many times during Spurs’ Premier League game against the Wolves on Sunday.
Tottenham announced on Thursday that they had used the letter Y for their fans, linking the term to the club, saying “it’s time to move on”.
But less than three minutes after meeting Wolf, fans heard the letter Y shout.
Mark McAdam of Sky Sports, who was at Tottenham Hotspur, said: “We told Sky Sports News this week that the club had asked their fans to stop using the ‘Y-word’ on game day. People are shouting at me when I hear people using the “Y-word” around the stadium.
“So it’s clear that on Thursday the football club announced to their fans to stop using the word, and I want to talk about football here in three minutes. I kindly asked my fans to stop saying that.”
Lewis Jones of Sky Sports, who arrived at Tottenham Hotspur, added: “The club called on Spurs fans to stop singing ‘Y-words’, but the home fans did not respond.
“At least seven times during the first half – every time there was a scream, the word was screamed in some way. Tottenham had a lot of noise from the south pitch attacking that half. And Ryan was screaming at Sesennon. He was walking around the pitch during the substitutions.”

Tottenham are suing against the letter Y.
Spurs held a focus group with some of the club’s fans, which ended in the summer of 2020, to review the use of the letter Y.
Spurs said: “We understand the impressions of our fans and it’s time to connect the term with our club.
“The fact that our supporters adopted the letter Y since the late 1970s was a positive response to the fact that no one else took action on this issue. Now we want to see a positive change again by increasing the number of our fans and reducing its use. will want to take and support. “
Baddiel: Confuse the problem behind deleting the letter Y.
He told Sky Sports News in 2011 that he and his brother David had made a documentary called “Word” and that the use of the letter Y was confusing because Tottenham fans were likely to face the police. If they use it outside of the game’s day settings, interference.
He said: “It’s a complicated matter, but it’s a terrible delusion, first of all because of the use of words. You don’t get arrested for saying it on the street and then walking 100 meters and using it in the stadium.
“Worst of all, it’s really disgusting that there are horrible songs from other clubs. But I’m confused. Even when I sing a hymn like that, people don’t realize that they’re hurting Jews, they think they’re themselves.” I’m just going to Tottenham.
“Tottenham are very receptive to this statement. I applaud it. I think Tottenham fans and other fans have accepted what they have said, they have thought about it and they have come to that decision themselves.
“It’s hard to police, I watched the game on Wednesday. You heard it out loud in the stadium. I think it’s frustrating and annoying, but you can’t ban it all and arrest them all.
“My mother was born in Nazi Germany, and we lost relatives during the Holocaust. How could it not be upset in any case?”
In an interview with Sky News in February 2020, his brother David questioned Tottenham’s right to retake the word, saying the alliance between the club and the Jewish community was “mostly legendary”.
He said: “Most of the club’s fans, including those who identify themselves as the letter Y, are not Jewish and do not have the right to ‘recover’.
“It’s strange that Tottenham fans hate Jews more than Jews for wearing black shirts in shops in east London.”
In recent years, attempts have been made to persuade Tottenham fans to stop using the term, claiming that it incites anti-Semitism in football.

In 2013, the Football Association warned fans that they could face criminal charges if they used the word.
Anti-Semitism: A record case in 2021
In 2021, there have been a number of anti-Semitic cases, ranging from violent violence to GBH and death threats.
The Community Service Trust (CST), a charity that collects information on violence against Jews, reported 2,255 cases in 2021, an increase of 34 percent from 1,684 in 2020.
The estimate included 176 cases of violence, three of which resulted in serious bodily injury or death.