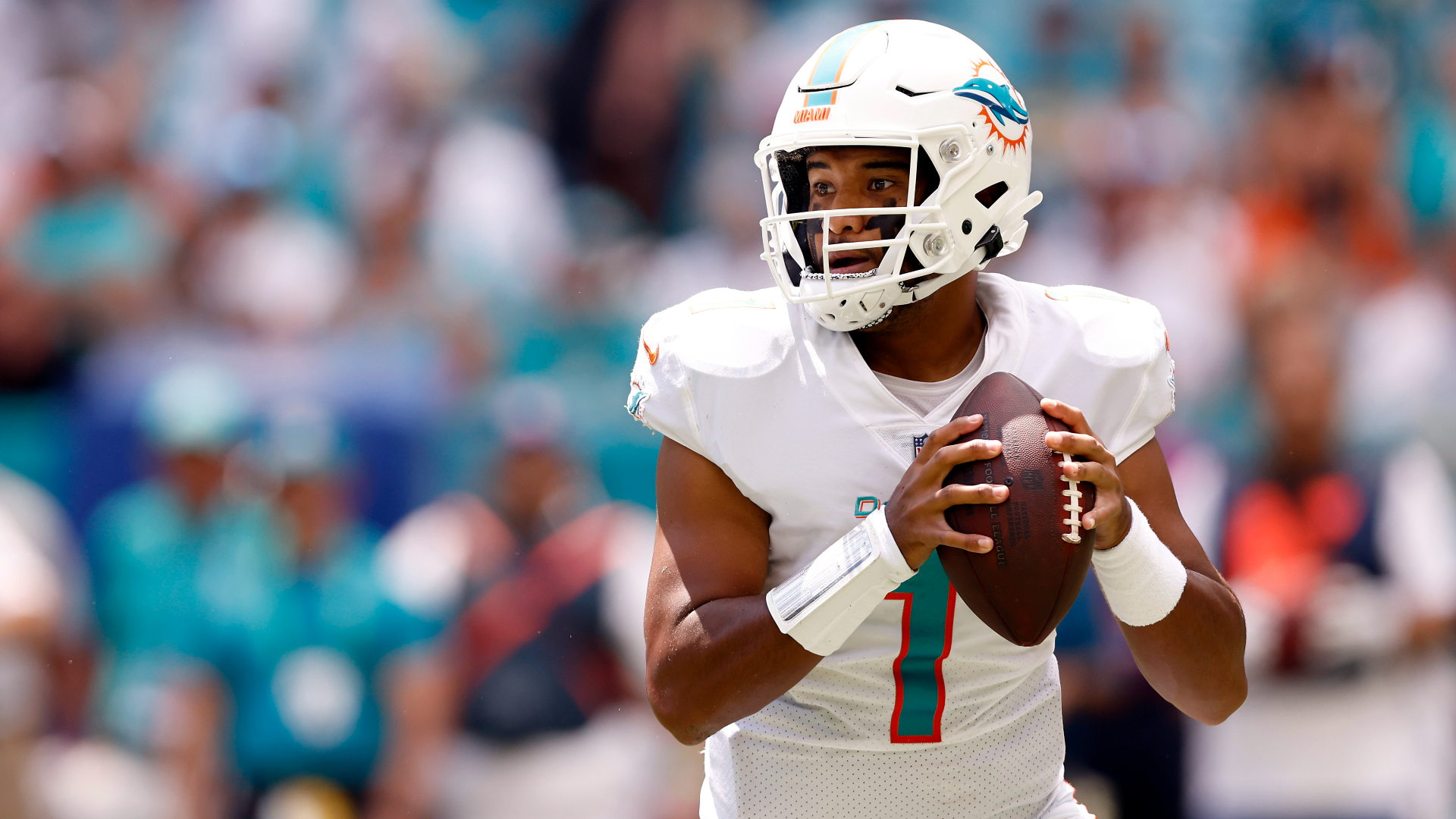 It’s only Week 2, but Miami could be making a change in quarterback out of necessity.

Tua Tagovailoa, the Dolphins’ starter, took a big hit on a sack early in his team’s game against Buffalo and was down on the turf before being carted off the field.

ESPN’s Jeff Darlington reported that Tagovailoa slowly made his way to the bench under his own power but was then taken to the Dolphins locker room from there. The second-year quarterback suffered a rib injury and was questionable to return, according to the team.

Tua has slowly made his way to the bench under his own power — but it wasn’t easy. Tough to tell what’s wrong. He’s being taken to locker room on a cart. Helmet still on.

Former Colts starter Jacoby Brissett entered the game for Tagovailoa, who was 1-for-4 with 13 yards and was sacked twice before leaving. Brissett threw an interception on his second drive under center.

Tagovailoa started played in 10 games and started the last nine for Miami last year, completing just over 64 percent of his passes and amassing 1814 yards and 11 touchdowns compared to five interceptions.

The Dolphins are 1-0 on the season after beating New England 17-16 in Week 1 where Tagovailoa completed 16-of-27 passes for 202 yards and a touchdown and interception apiece.