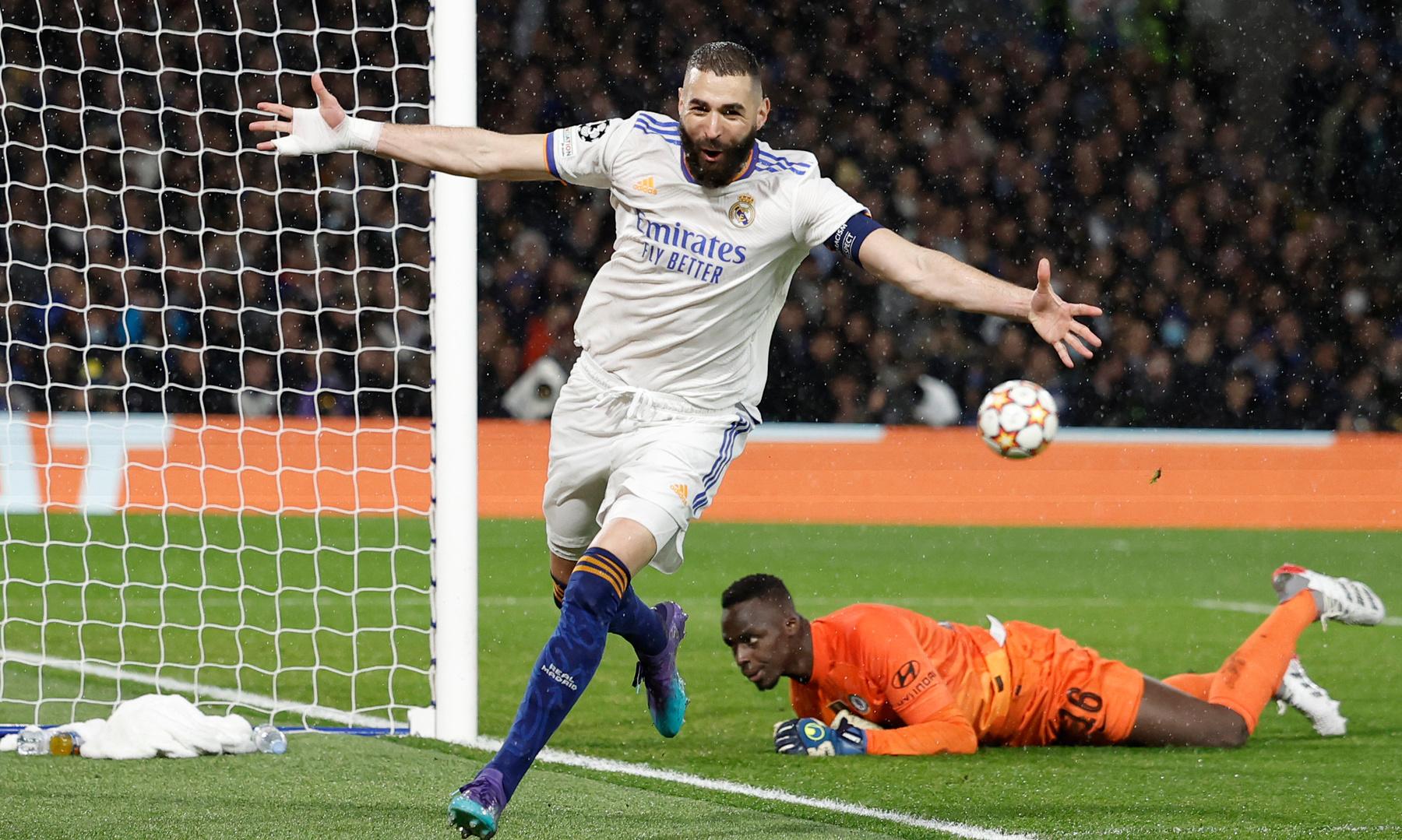 “It is one of the biggest challenges to perform as the away team at the Bernabéu and it is even more difficult if you have to earn a certain result,” Thomas Tuchel said, sounding very much like a man in need of another marathon chocolate session to raise the mood before Chelsea attempt to pull off one of the unlikeliest comebacks in the history of the Champions League.

On first inspection it seemed Tuchel was raising the white flag again. He had written the tie off after Chelsea lost the first leg of their Champions League quarter-final against Real Madrid last week, with their title defence in serious peril following an emphatic 3-1 home defeat, and he kept the talk of heroic comebacks to a minimum before Tuesday night’s return game. “If you need to win with a minimum of two goals it makes it almost impossible,” said Tuchel, who briefly appeared to be on the verge of announcing he was taking the youth team to Spain. “You need to overperform.”

Amid the pessimism, though, there was a sense of Madrid being lured into a trap; a sense of Tuchel trying to convince Carlo Ancelotti’s players to lower their guard. “There are many comebacks,” Mateo Kovacic pointed out later, the Chelsea midfielder’s mind drifting back to the west Londoners upsetting the odds en route to becoming European champions in 2012. “They lost 3-1 at Napoli and came back at Stamford Bridge. Football is always surprising.”

It certainly has been in this competition in recent seasons. Sometimes logic flies out the window, as Tuchel discovered when his Paris Saint-Germain side somehow threw away a commanding lead over Manchester United in 2019. The German knows what happens when complacency sets in and, with away goals no longer counting double, there is no doubt that in private he will be giving a much bolder message to Chelsea’s players, who will be sent out with instructions to test Madrid’s nerve and believe that anything is possible.

It will not be easy. Karim Benzema destroyed Chelsea last week, scoring a ruthless hat-trick, and Ancelotti got the better of Tuchel tactically. Vinícius Junior was able to exploit the space between Andreas Christensen and Reece James on Chelsea’s right flank during the first half, César Azpilicueta was exposed by Fede Valverde’s movement on the opposite wing and it was too easy for Madrid to play through the press, with N’Golo Kanté and Jorginho unable to stop Casemiro, Toni Kroos and Luka Modric running the game in midfield.

Something has to change. Christensen was hooked at half-time and Kanté also failed to make it out for the start of the second half after having one of the worst games of his Chelsea career. Nothing went to plan. Kai Havertz scored and played well up front but Mason Mount and Christian Pulisic offered little in the No 10 positions. Jorginho, mistakenly preferred to Kovacic by Tuchel, was sloppy and slow. Édouard Mendy gave away a horrible goal. Thiago Silva lost Benzema for both of the France striker’s gorgeous first-half headers.

Yet focusing on individuals overlooks how Chelsea had struggled as a collective since the international break. They were hammered 4-1 by Brentford and picked apart by Madrid. With the club’s ownership situation not exactly helping the mood, Tuchel could not believe how sloppy his side had become. He gorged on chocolate to ease his stress after staying up all night to analyse the Madrid game and then delivered a few home truths during a team meeting last Thursday. “It’s never easy to come back after the international break but it’s not an excuse that we underperformed,” Kovacic said. “It was necessary to have a talk.”

The result was a vastly improved performance and a 6-0 win over Southampton. Timo Werner and Mount scored twice, while Tuchel saw that Kanté and Kovacic are his best pairing in midfield at the moment. The intensity was back and Tuchel knows that Chelsea need to make more of their speed against Madrid’s veterans.

“We wanted it more physical but we did not work hard enough in the first match,” Tuchel said. “We are a team that needs the physicality, commitment and investment to be a special team. We could not implement that enough in the last match, which was also due to their quality and their capacity to slow the game down. We struggled with our counter-pressing and finding intensity and runs. We will need to play a more physical game. Of course that is part of the solution.”

Tuchel had clearly been thinking about the problems posed by Madrid. He has been working out how to drag them out of their comfort zone. He usually craves control but this time he could do with some chaos. It could help Chelsea defy the odds.