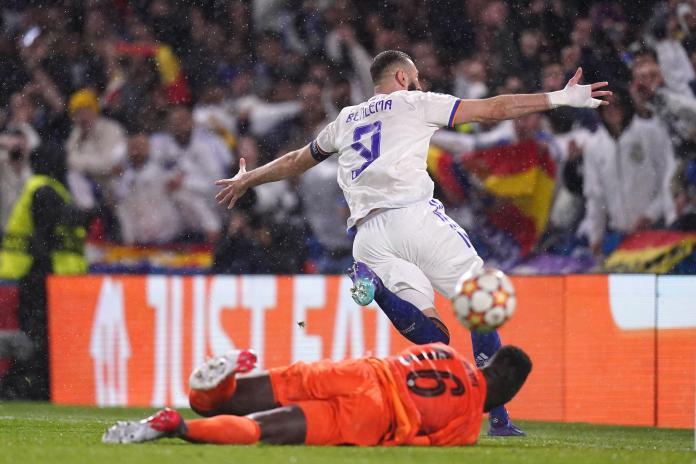 Chelsea vs Real Madrid LIVE – UEFA Champions League QF LIVE: The second day of the UEFA Champions League will see the clash between English giants Chelsea take on Spanish giants Real Madrid. Keeping aside everything happening in the backdrop of Chelsea FC at this moment, this match promises to be an entertaining encounter between the two teams, as the defending champions take on the most successful club in European Championships. Follow CHE vs RMA Live updates on InsideSport.IN

Chelsea vs Real Madrid LIVE: Kai Havertz leads the frontline supported by Mount and Pulisic as Benzema and Vinicius Jr. start for Real Madrid in attack – Match starts at 12:30 AM IST

Chelsea vs Real Madrid LIVE: When and where to watch the live streaming of UEFA Champions League matches?

When will Chelsea vs Real Madrid kick off in the Champions League? – Date
CHE vs RMA match will be played on 7th April 2022

What time will Chelsea vs Real Madrid kick off? Time
CHE vs RMA will begin at 12:30 AM IST

Where will Chelsea vs Real Madrid be played? – Venue
The game will kick-off at Stamford Bridge in London.

Who will take a first-leg advantage? #UCL

Ben Chilwell is the notable long-term absentee from the Chelsea squad and Callum Hudson-Odoi is now dealing with a back problem as well as a sore Achilles. Christian Pulisic will come into contention for a starting place and will certainly put Timo Werner‘s spot on the left at risk.

Reece James‘s return to fitness is sure to lead Tuchel to consider a switch to a three-man central defence, while Jorginho and Mateo Kovacic will both hope to replace Ruben Loftus-Cheek, who will miss the second leg if he is booked here.

There will be no Stamford Bridge return this time around for Eden Hazard after undergoing a fibular plate operation, while backup striker Luka Jovic and Isco are also absent.

Ancelotti is otherwise well-stocked for the first leg, although Eder Militao will not be available for the return leg if he is cautioned, and only one change could occur on the visitors’ end, with Dani Carvajal potentially displacing Lucas Vazquez at right-back.

Benzema’s hat trick against PSG saw him move onto eight Champions League goals for the season, and one more would see him set a new record for French players in a single campaign.

UEFA Champions League LIVE: When and where to watch the live streaming of Chelsea vs Real Madrid?

UEFA Champions League: Who will be the Match official at Stamford Bridge? Referee
Clement Turpin will be in charge of Chelsea vs Real Madrid.

How do I watch live streaming of Chelsea vs Real Madrid?

The broadcasting rights for the UCL 2021-22 will be available with the Sony Pictures Network. So you can the watch UCL 2021-22 Live Telecast In India on Sony Ten 2 HD and Sony Six. The channel is available for telecasting on all the service providers in India. You can connect with the DTH providers and get the channel started.