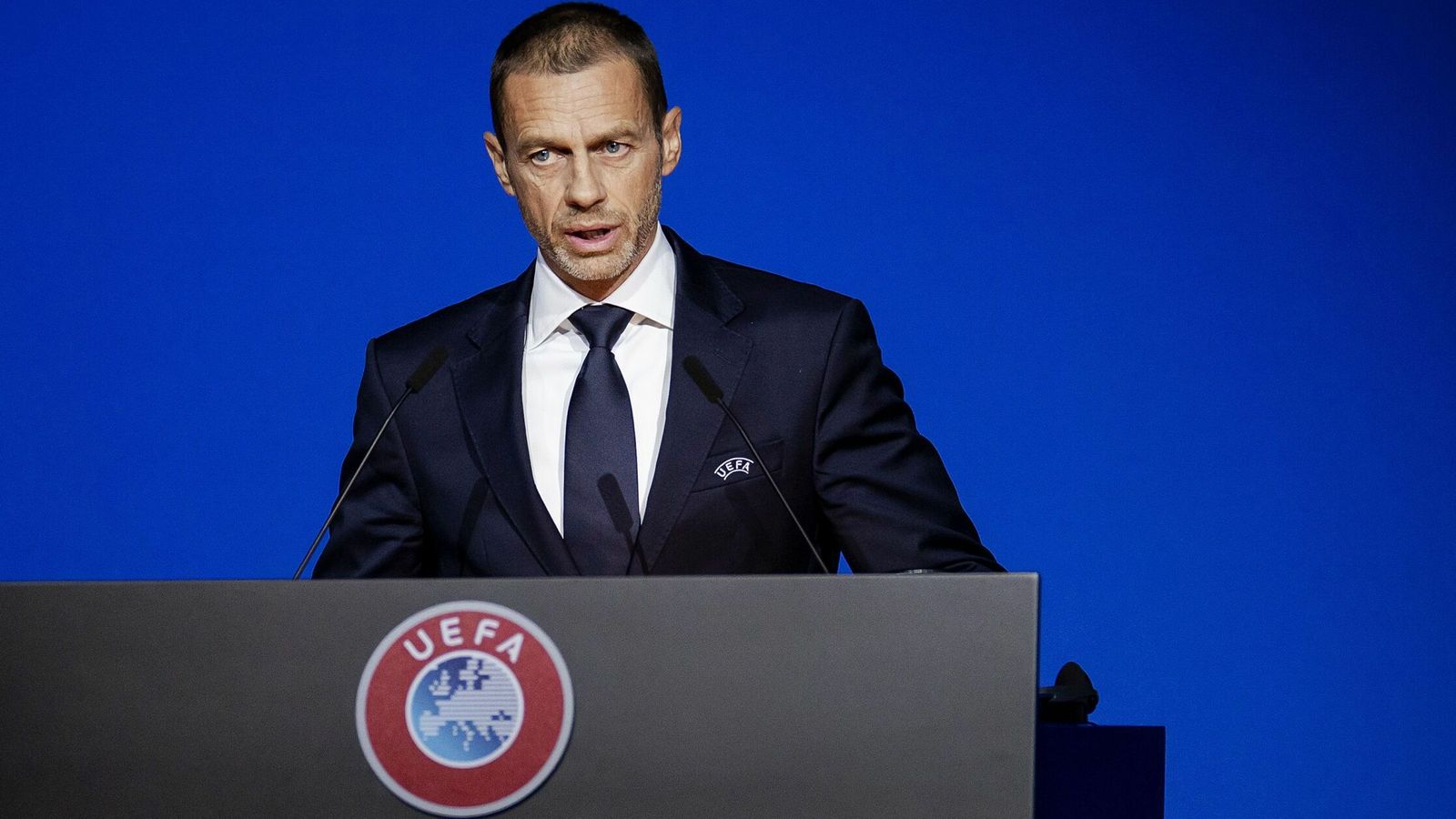 The regulations are the first major reform of UEFA’s finance regulations since they were first introduced in 2010.

UEFA president Aleksander Ceferin said: “UEFA’s first financial regulations, introduced in 2010, served its primary purpose. They helped pull European football finances back from the brink and revolutionised how European football clubs are run. However, the evolution of the football industry, alongside the inevitable financial effects of the pandemic, has shown the need for wholesale reform and new financial sustainability regulations.

“UEFA has worked together with its stakeholders across European football to develop these new measures to help the clubs to address these new challenges. These regulations will help us protect the game and prepare it for any potential future shock while encouraging rational investments and building a more sustainable future for the game.”

What are the new regulations?
Given their name, it is no surprise that the key objective of the new regulations is to achieve financial sustainability. These will be achieved through three key pillars: solvency, stability, and cost control.

For solvency, the new no overdue payables (towards football clubs, employees, social/tax authorities, and UEFA) rule will ensure better protection of creditors. Controls will be performed every quarter and there will be less tolerance towards late payers.

The new football earnings requirements are an evolution of the existing break-even requirements and will bring greater ability to club finances. To ease the implementation for clubs, the calculation of football earnings is similar to the calculation of the break-even result. While the acceptable deviation has increased from €30m over three years to €60m over three years, requirements to ensure the fair value of transactions, to improve the clubs’ balance sheet, and to reduce debts have been significantly strengthened.

The biggest innovation in the new regulations will be the introduction of a squad cost rule to bring better cost control in relation to player wages and transfer costs. The regulation limits spending on wages, transfers, and agent fees to 70 per cent of club revenue. Assessments will be performed on a timely basis and breaches will result in pre-defined financial penalties and sporting measures. The new regulations will come into force in June 2022. There will be gradual implementation over three years to allow clubs the necessary time to adapt.

Read on for Kaveh’s full analysis…

What are the new rules?
UEFA’s executive committee has approved new financial sustainability rules to replace Financial Fair Play from this June. The rules have three pillars – No Overdue Payment Rule, Football Earnings Rule and Squad Cost Rule. The No Overpayment Rule means clubs’ accounts will be checked every quarter to make sure all bills are being paid on time.

The Football Earnings Rule will allow clubs to lose €60m over three years – double what was permitted under Financial Fair Play. Clubs will be allowed to sustain an extra €10m in losses a year if they are deemed to be “in good financial health”.

As part of The Squad Cost Rule spending on wages (players and head coaches), transfers and agent fees will be capped at 70 per cent of a club’s revenue. This will be assessed over a calendar year and not a season, so spending in the summer transfer window will be included in the calculations.

What are the punishments for breaking the rules?
UEFA will have pre-agreed financial and sporting punishments ready to impose on clubs who break the rules. Clubs could be prohibited from using specific players signed during an assessment year and they could be forced to play with a smaller squad. UEFA will also have the power to deduct points. Relegation as a sanction is also being discussed but it has not been approved as a punishment yet.

Won’t rich clubs just pay the fines and carry on as normal?
The sanctions are progressive so if a club keeps breaking the rules the punishments will become more and more severe. First and second breaches of the rules are likely to result in fines, subsequent and more serious breaches will result in sporting sanctions. UEFA says it will also closely monitor commercial contracts clubs sign to make sure they are real contracts with third parties who are paying fair value. UEFA will calculate fair value by benchmarking and using external agencies to advise on whether deals are being done at real market prices.

Will it still take UEFA years to punish clubs who break the rules?
UEFA is hoping the new rules will be more transparent and work much faster than Financial Fair Play. For instance, in 2023 clubs will be assessed from January to December. They will find out in May 2024 whether they have broken any rules. If they have, their punishment will be applied for the start of the season three months later.

What about competitive balance? Will this give smaller clubs more of a chance to compete with the big clubs?
The new rules are about financial stability and not competitive balance. They are designed to make sure clubs are run properly, they are not designed to make competitions fairer or more equal. UEFA has decided to drop the name ‘Financial Fair Play’ because they believe it gave the false impression that they were trying to create a level playing field. They will continue to look at competitive balance but their key objective has so far been financial stability. The No Overdue Payment Rule and quarterly audits will start this June. The first assessment period for the Football Earnings Rules will be 2023.

Are the new rules coming in because football finances have been hit hard by the pandemic?
Financial Fair Play needed to be overhauled and the pandemic has accelerated the process. UEFA estimates that European football lost €7bn in revenues in 2020 and 2021. Some €4.4bn of revenue was lost from gate receipts, €1.7bn in commercial and sponsorship income and just under €1bn from lost and renegotiated TV deals. At the same time player wages went up two per cent every year in 2019 and 2020. In 2021 transfer costs were up 18 per cent and transfer profits down 41 per cent.

Is everyone in favour of the new rules?
Ceferin says he is “happy and surprised” that the new rules have the backing of all stakeholders in European football. The rules were agreed on after a consultation process which included national associations, the European Clubs Association, European Leagues, FIFPro, supporters’ groups, the European Commission, the European Parliament and the Council of Europe.