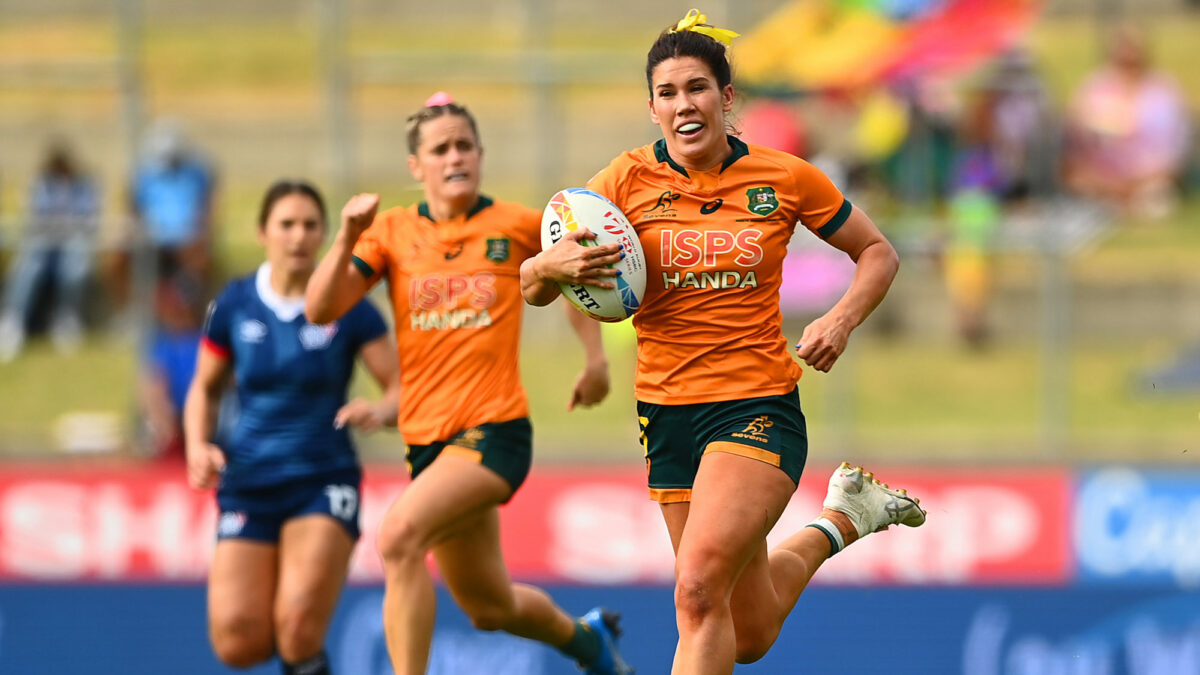 Australia’s women’s rugby sevens team have been stunned by the USA at the New Zealand Sevens, losing 7-10 to end a run of five straight tournament final appearances.

Two quick first-half tries for Cheta Emba and Sammy Sullivan proved the game-winners for the Americans, after conceding the first try of the match to Aussie star Madison Ashby.

Sullivan had been yellow-carded in the opening seconds of the match for a deliberate knock-on, but her teammates held firm during her two minutes off to keep the Australians scoreless, which ultimately proved crucial.

After dominating possession for much of the second half, the USA were forced to defend grimly as Australia won the ball back in the dying seconds, needing to run the ball 100 metres for a match-winning try.

But the underdogs held firm, and a knock-on from Teagan Levi secured the USA victory and sparked scenes of jubilation.

However, replays would soon show that the ball had come off Levi’s legs rather than her hands.

Charlotte Caslick starred with two first-half tries in the 38-0 rout, adding to their 43-0 and 33-7 thrashings of France and Canada respectively in the group stages.

Having won the Dubai Sevens before finishing runners-up to New Zealand in Cape Town last month, the Aussies will fall behind their Trans-Tasman rivals, who progressed to the final after thrashing Ireland.

The Aussie men’s sevens team faced their own American demons, losing 28-14 to the USA to continue their disappointing start to the 2023 season.

Despite two tries from Dietrich Roache, the Americans responded quickly to both scores and never truly looked troubled after taking a 14-0 lead in quick time, with a wondrous try from Perry Baker sealing the victory.

After winning last year’s championship and beginning the new season with victory in Hong Kong, it has been a frustrating last two tournaments for the men’s side, losing early in Dubai and Cape Town before the latest disappointment.