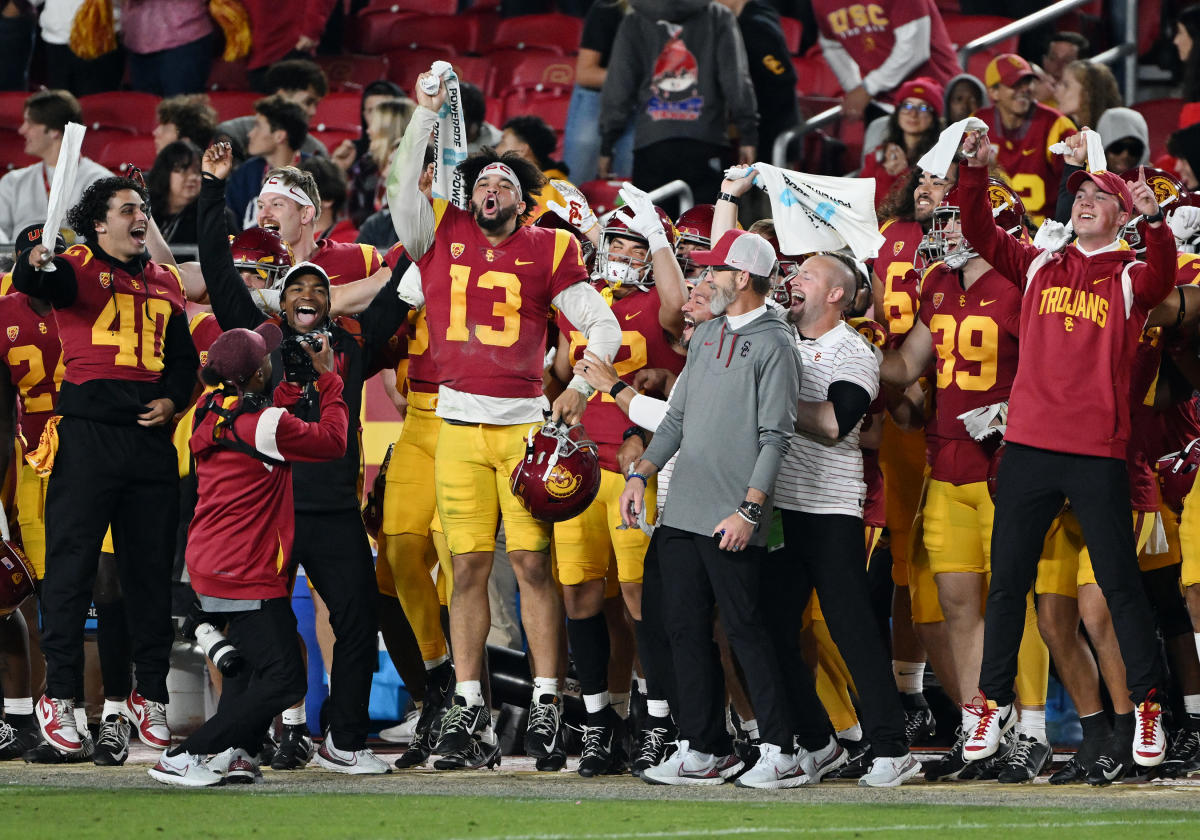 USC is in the top four of the College Football Playoff rankings.

The Trojans’ win over Notre Dame and Michigan’s road win over Ohio State pushed USC up two spots and into the top four in the penultimate rankings of the season.

If USC beats Utah in the Pac-12 title game on Friday night, the Trojans will be in the College Football Playoff.

Georgia remained at No. 1 while Michigan moved up to No. 2 and TCU moved up to No. 3. The Buckeyes are at No. 5 ahead of Alabama at No. 6 and are poised to potentially move into the playoff on the final week of the season despite missing out on the Big Ten title game if TCU or USC lose.

The top four teams in Tuesday night’s rankings ahead of conference championship weekend was ultimately unsurprising. All four teams in the top four are favored in their title games and will make the playoff with wins.

Ohio State lost by 22 to Michigan on Saturday and will be on the sideline. That loss could prevent Ohio State from moving into the top four if USC or TCU loses a close game. Utah is ranked at No. 11 and Kansas State is No. 10. The committee showed Tuesday night that it thinks highly of both of their opponents.

Tennessee is at No. 7 and in line for a spot in a New Year’s Six Bowl ahead of Penn State and Clemson. The Tigers didn’t drop out of the top 10 despite losing to South Carolina on Saturday and play No. 23 North Carolina for the ACC title. The winner of that game will go to the Orange Bowl.

The final set of playoff rankings are set to be revealed on Sunday at noon ET. Those rankings will determine the playoff field and the participants in the Cotton, Orange, Rose and Sugar Bowls. The rest of the bowl matchups will be announced in the hours after the New Year’s Six games are revealed.