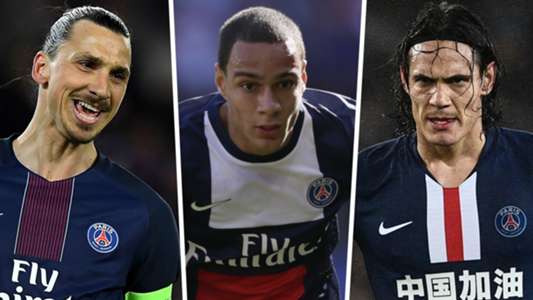 Gregory van der Wiel was once a star at Paris Saint-Germain, but the Dutchman says he grew “sick of football” while playing alongside Zlatan Ibrahoimovic, Edinson Cavani and Marco Verratti.

The former Netherlands international was hot property when leaving Ajax for Parc des Princes in 2012, but a dream switch to France turned into a nightmare for the right-back.

He made 134 appearances for PSG, claiming four Ligue 1 titles as part of a star-studded squad, but fell out of love with the game during that time and, despite being just 33, has been without a club since leaving MLS side Toronto FC in 2018.

Explaining his struggles in Paris to Kick’t Net, van der Wiel said: “You land in France, with different players, different coaches, different tactics. I arrived in a team full of stars, guys that you often play with on Playstation. I arrived as a young guy, with my eyes wide open, shaking their hands. It was crazy, really incredible.

“I received an offer to extend my contract by three years, that’s true, but I decided not to extend it. I wasn’t very happy there. I wasn’t always playing. I didn’t have the security of playing regularly.

“There were also some incidents in my last season [2015-16] that annoyed me. Serge Aurier’s live Periscope video, for example, where he spoke about the coach [Laurent Blanc] and about me in particular, two or three days before an important Champions League match against Chelsea. He was punished for that.

“Everyone sent me messages of ‘Get ready, you’re the one who will be playing’. Of course, it was an opportunity for me. In the end, I didn’t even play. They put Marquinhos in my position even though he is a central defender.

“They were difficult moments to experience, where you feel bad, and you say ‘Guys, do you think I’m that bad that I am second choice at right-back with a central defender in my position?’ It made me not want to stay there. To be honest, at that time I was sick of football.”

Where did Van der Wiel go?

Van der Wiel left PSG as a free agent in the summer of 2016. He would struggle to put down roots anywhere else and made just 17 appearances for Fenerbahce after heading for Turkey.

Only six outings were made for Serie A side Cagliari in 2017-18, before taking a new challenge outside of Europe with Toronto FC.

He was handed the No 9 shirt in Canada, despite being a defender, and made 34 appearances in all competitions before becoming a free agent again.

Van der Wiel spent time on trial at RKC Waalwijk back in his homeland after expressing a desire to return to football in 2020, but no deal was done and he remains in professional limbo for now.