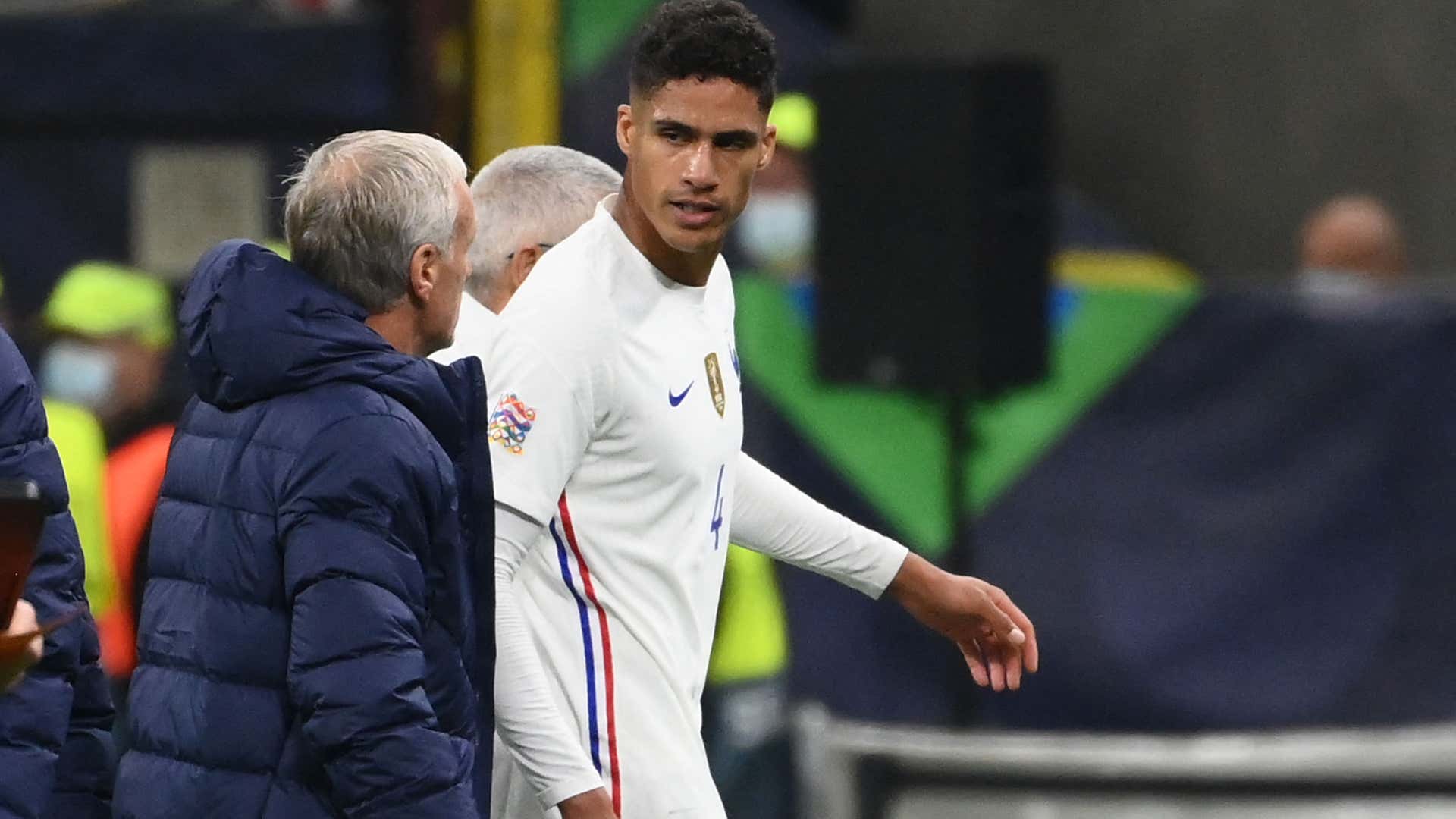 France centre-back Raphael Varane has been ruled out for “weeks” after he was forced off the pitch in the Nations League final against Spain on Sunday due to injury.

He left in the 43rd minute after appearing to hurt himself attempting a clearance.

In addition to being a mainstay in France’s line-up, Varane is a key piece of Manchester United’s defence at club level.

Varane walked off under his own power after sitting on the field in pain for a time and was flanked by medical staff.

He was replaced by Dayot Upamecano.

United confirmed on Tuesday that the defender will not be available for some time.

An update from the club read: “Raphael Varane sustained a groin muscle injury in the UEFA Nations League final and has commenced rehabilitation at the club.

Victor Lindelof has seen more playing time with Maguire out, and Eric Bailly could be pushed into the line-up if Varane misses any time.

United face Leicester City on Saturday before a Champions League clash with Atalanta next week.