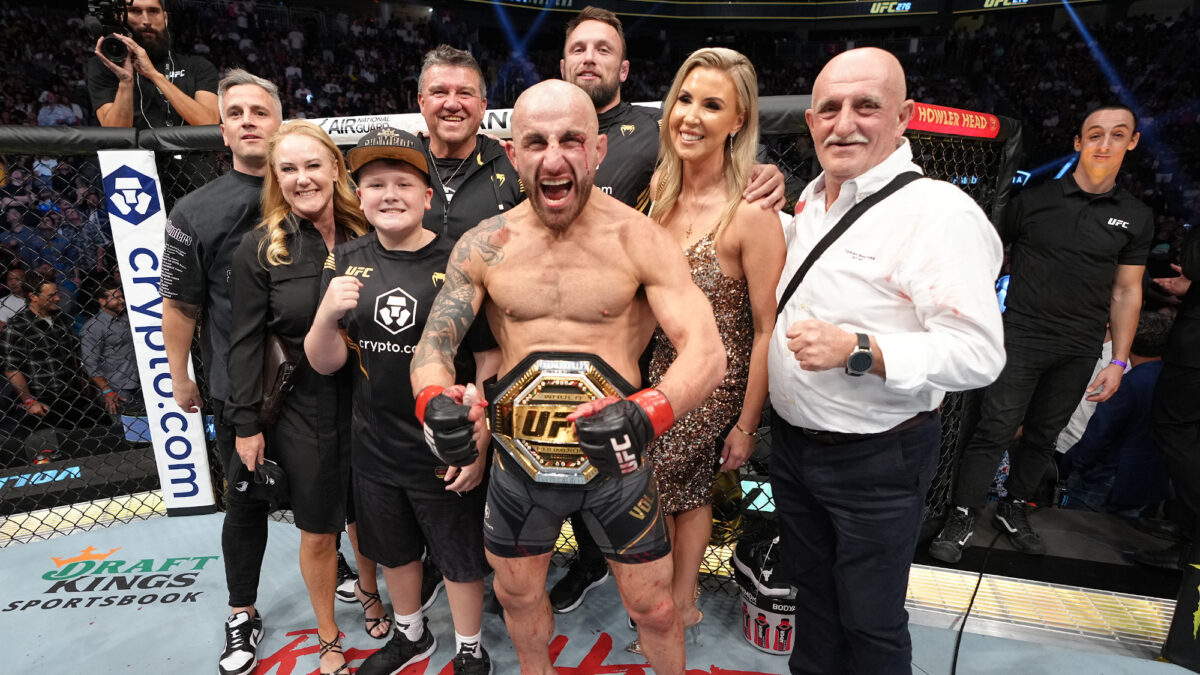 These are the two biggest components the pundits have levelled against the Aussie Great’s chances of defining history in Perth on February 12 2023.

But this will make little difference for Alexander Volkanovski.

The featherweight great has shown time and time again that he has no fear of any obstacle put in his path. This is what has allowed him to cast doubt on Jose Aldo and Max Holloway’s claims in the debate of who is the greatest featherweight to grace a UFC Octagon.

Written off from the start, Alexander Volkanovski faced an uphill battle just to show he was capable of entering the UFC roster.

I recall a steamy humid day in Phuket, Thailand in 2015. I was on holiday and decided to take my moped scooter for a visit to the famed Tiger Muay Thai and MMA Training Centre. I paid the fee to take part in the morning No-Gi training session. After absorbing some back-take techniques and submissions it was time to roll. I managed to get a warm-up round in before Alex made eye contact with me and asked politely if I’d like a roll.

The next five minutes were a tough test of my skill and cardio. He was unrelenting in establishing his pressure and controlled me firmly in my half-guard. I was helpless and was constantly put on the back foot for the entire round.

He was nice enough to have a chat with me after training and I could clearly see the absolute determination he possessed. When he told me he fought at featherweight I was completely shocked. That was my weight division and I felt half his size! It was clear he employed incredible determination just to make the weight limit.

He, of course, wasn’t yet in the UFC at this time and he was far from the household name he is today. But his focus, passion and sheer determination were plain to see. I could tell he was something special and a true Mixed Martial Artist.

But I must admit I didn’t realise that I just had the pleasure of training with the future UFC Featherweight and pound-for-pound champion of the world.

Over the next year, Volkanovksi had enough of dominating the Australian regional circuit and went on a well-orchestrated grassroots social media campaign to get a shot at a UFC fight night card in Sydney in November 2016. It seemed getting the fight was harder for Volko than the fight itself, as he cruised to a second-round TKO victory.

The rest is of course proverbial history and he has dominated legends of the sport on his way to establishing his clear rule of the Featherweight division as a tried and true defending champion.

Islam Makachev is the new face and flag bearer of the Nurmagomedov dynasty. He is sculpted in the Khabib style of unrelenting pure grappling-based pressure that no one has yet been able to answer in his current 11-fight win streak. How can anyone match his grappling that is based in the Daghestani mountains second only to the great Khabib, let alone someone from a smaller weight class?

It doesn’t make any betting sense, does it? But nothing has made betting sense in the career of Alexander ‘The Great’ Volkanovski.

The one thing Volkanovski has over Makhachez is a battle-tested mindset and unwavering fortitude.

The mindset and fortitude that have helped him overcome the odds before. The mindset that busted out of one of the tightest and most brutal guillotines ever seen in the UFC from Brian Ortega.

The mindset that overcame and belittled Aldo who was still relatively somewhat in his prime.

The mindset that laid waste to Holloway in their final fight, who was proclaimed as the greatest boxer the division had seen and was still viewed by many pundits as the rightful featherweight champion. He did that in Holloway’s backyard and he did it against a backdrop of booing and jeering American fans.

You could tell just how strong and determined he was mentally as he proclaimed for his supporters to stand up for themselves against their own pundits and demand their respect as he had done.

In Australia, Volko will now face cheers and not the jeers that he is used to. He will be mentally primed and this makes him an incredibly stern test for Makhachev.

The stage is now set for one of the greatest UFC title fights and a defining moment in the Lightweight division.

Will Makachev continue the Nurmagomedov dynasty he has inherited or will Volkanovski use his great mindset and fortitude to rise above the odds and become the fifth simultaneous UFC two-division champion and cash his cheque into the Hall of Fame?