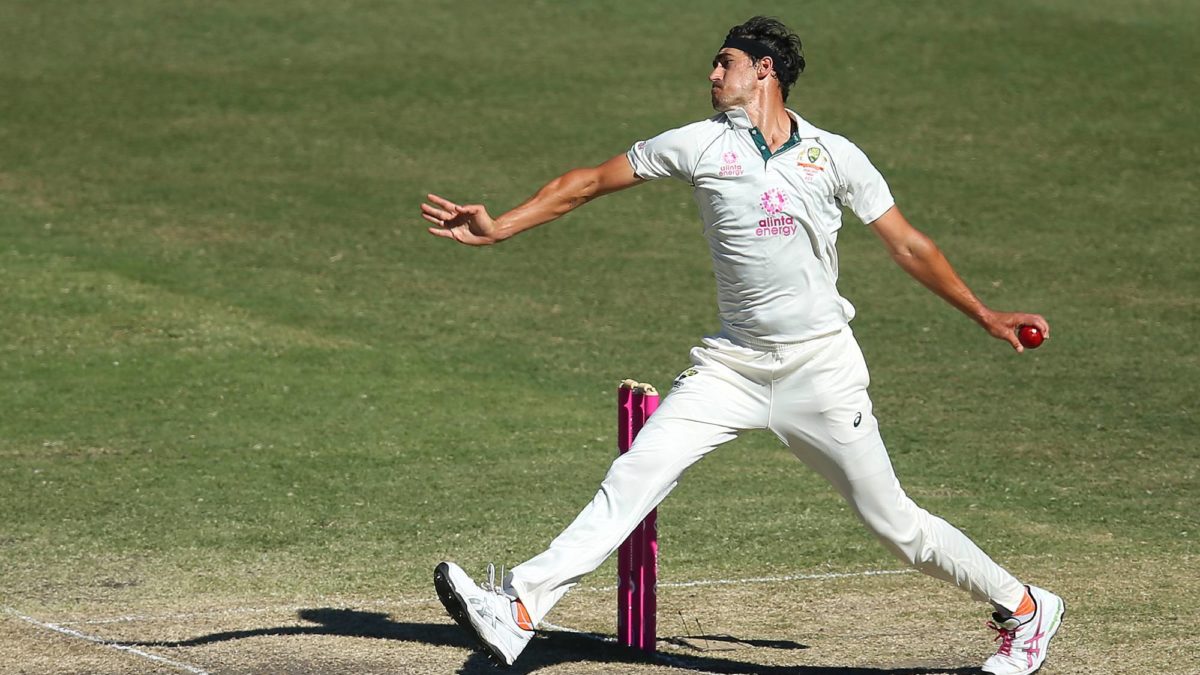 Shane Warne says he would love to be able to say Mitchell Starc is ready to spearhead Australia’s Ashes attack but in the cold hard light of day he doesn’t think his form is up to scratch.

The Australian cricket icon has been a critic of Starc’s output in recent years and believes the time has come for the selectors to go with younger paceman Jhye Richardson for next week’s First Test against England.

Former Australian paceman Brett Lee disagreed with his former teammate, saying he would give Starc the chance to silence his critics at the Gabba.

Warne, who will again be delivering his forthright opinions in commentary for Fox Cricket this summer, told The Roar he did not have a personal vendetta against Starc but in his honest assessment, thinks the NSW left-armer doesn’t deserve to line up alongside new captain Patrick Cummins and Josh Hazlewood in the three-pronged pace attack.

“I did the homework and had a look at all the stats. I was thinking is it just me because to me, Mitchell Starc at his best, he plays – an automatic choice because he’s left arm and he bowls fast but all that I can go on is what I see,” Warne said.

“He’s bowling at mid-130s, not swinging the ball and he averaged 70 to the top six batsmen last summer in Test cricket and he’s just come off 0-60 off four overs in the T20 World Cup final and he’s meant to be one of the best white-ball bowlers in the world.

“We’ve got nothing else to base it on. It’s nothing personal at all with Mitchell Starc – I wish I was saying he looks fantastic, it’s great to see him have his pace back, swinging the ball and he’s gonna be a handful for England but he’s just not so what am I meant to say? 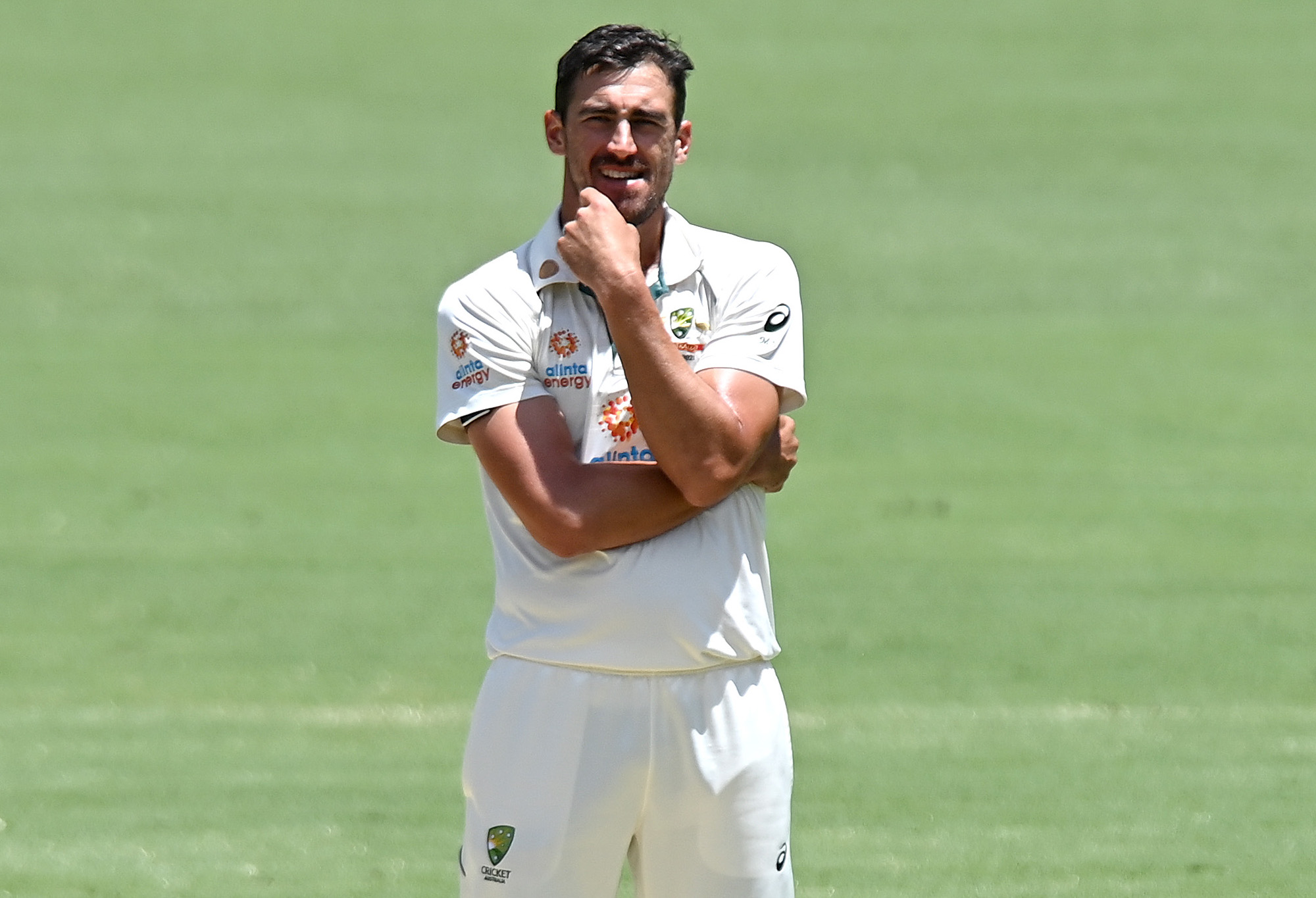 “At the moment I wouldn’t be picking him in the first Test because I think it’s too much of a gamble.”

Starc is well and truly in the the veteran stage of his career after making his debut a decade ago – he will turn 32 next month.

Lee told The Roar he is backing Starc’s resume of 255 wickets from 61 Tests as proof he deserves the selectors’ faith.

“Starcy has got the wickets, he’s got the experience. What you don’t want to do when you go into an Ashes series when you’ve got a new captain, which we’ve got, a new keeper [Alex Carey] and then go in with a bowler with not a lot of experience,” said Lee, who will also be commentating on the Ashes as part of the Fox Cricket coverage.

“Jhye Richardson is an incredible bowler. He’s a guy that shape the ball away, I love his action, I love the seam presentation and I love the way he gets stuck into batsmen – he will play a huge role for Australia moving forward but I’m going with experience though of Starcy.

“Mitchell Starc’s head has been on the chopping block for a number of years from different journalists and publications around the world but class is permanent.

“He’s got to bowl fast, which I hope he does for the first Test. Run in at bowl at 150km/h, shape the ball back in and blow the batsman’s boot off – that’s your role, that’s what you have to do.
“If there’s some reason he can’t do that then this series or next, Jhye might be worth another opportunity.”

Border statue should be at every Australian ground: Botham
England legend Sir Ian Botham was the catalyst for Allan Border getting a statue at the Gabba and he reckons other grounds in Australia should follow suit.

Botham, who tussled with Border in Ashes contests throughout the 1980s, said in a Howie Games podcast that the former Australian captain deserved a statue for his efforts in bringing Australia out of the mire during his time as captain.

That got the ball rolling and next week a shiny new image of Border will be unveiled at Brisbane’s Test ground before the first Ashes stoush with England.

Botham was astounded by the turnaround under Border from 1986-87 to the England tour two years later when Australia went from a laughing stock that was thrashed 3-1 on home soil to gaining revenge 4-0 with a “no more Mr Nice Guy” stance.

It paved the way for a golden era of success for the Aussies over the past three decades.
“At the end of the day, that’s why they are putting a statue outside the Gabba, that guy called Allan Border. He came along and made his presence, he was Captain Grumpy – look what we did,” Botham told The Age.

“He was still smarting from ’86-87 and when he arrived in ‘89, the rules changed in the Australian team. That was the reason for the success Australia had after that because he set that all up. When Tubby [Mark Taylor] came in and captained and Tugga [Steve Waugh] and these guys, they had a relatively easy job for the ship was already cruising in the right direction, and that was down to Allan Border.

“Quite rightly, there is a statue going up outside the Gabba and you know what, there should be one outside every Test venue in Australia. He changed Australian cricket when it was at its lowest.”

Turf’s up for Renshaw
Former Test opener Matthew Renshaw is renowned for being a cricket nuffie but he’s taken his obsession to a new level, literally claiming the hallowed turf of Allan Border Oval.

When the Brisbane ground’s outfield was being relaid in the off-season, Renshaw rolled up his sleeves to help the staff remove the old turf.

On the condition that he could take it home to put in the backyard of his Brisbane home.

“When they were doing the redevelopments, I joked around with the groundsmen saying, ‘What are you doing with the turf? I’ll take it’. And they were like, ‘Okay then’,” Renshaw told cricket.com.au’s Unplayable Podcast.

“It took four days to rip it all up. I would never do it again. It was the most strenuous four days I’ve ever had.”

He ran out of puff at one stage – the battery on the ute he’d borrowed from a mate conked out while he was rolling up the turf.

Luckily for him a few members of the nearby Brothers Rugby Club were on hand to get him up and running again with a pair of good old-fashioned jumper leads.

After playing 11 Tests from 2016-18 and then suffering a form slump which led to him being dropped from Queensland’s Sheffield Shield team, he’s back in form and knocking on the door of a national recall.
Renshaw has been selected in the Australia A squad and is set to line up, probably in his new-found spot in the middle order, against the England Lions in their tour match in Brisbane while the First Test is underway at the Gabba.

That game will be played at Ian Healy Oval so don’t be surprised if Renshaw is seen closely inspecting the outfield turf as well as the pitch.

Vaughan has been in the spotlight since former teammate Azeem Rafiq raised allegations of racism at the county during his career.

One of the claims was that Vaughan said “there’s too many of you lot, we need to do something about that” towards Rafiq, Ajmal Shahzad, Adil Rashid and Rana Naved-ul-Hasan during a T20 game.

He has denied this but has also apologised for historical tweets of a racially insensitive nature.
Vaughan will be commentating on the Ashes for Fox Sports but BT Sport is set to install its own commentary team instead of using audio from the host broadcaster.

He is unlikely to be calling the first two matches in Brisbane and Adelaide after returning a positive COVID-19 test, which delayed his flight to Australia.

The BBC had earlier dropped Vaughan from its Test Match Special radio coverage for the five-Test series which gets underway next week in Brisbane.