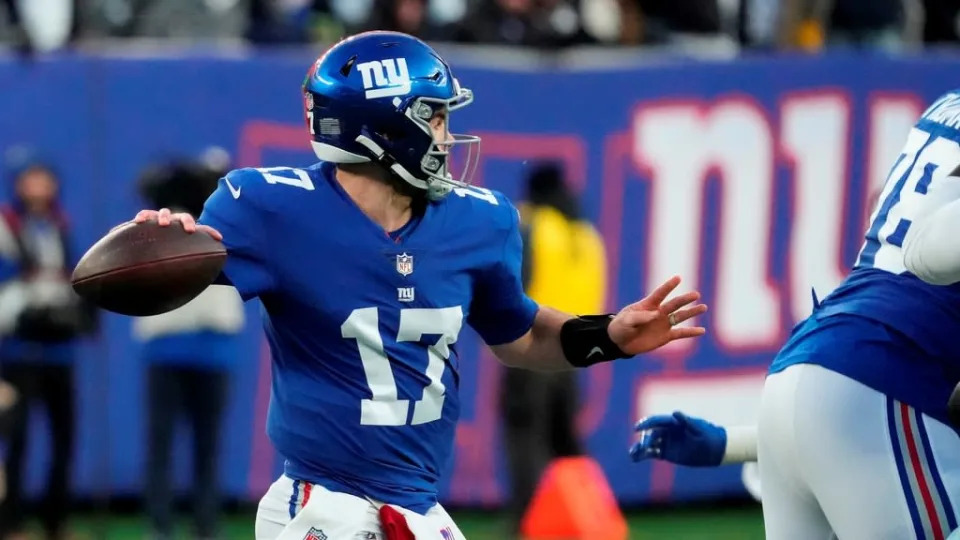 It’s hard to think of a game in recent Giants history that’s as meaningless as this one.

And given how bad they’ve been over the last decade, that is saying a lot.

There is nothing of importance about their season finale against the Washington Football Team on Sunday. They have long been out of the postseason chase and the game will have minimal impact on what is already locked in as a Top 6 pick in the draft. They are even down to their third-string quarterback (Jake Fromm), who might not even be on the roster next year.

They have a GM with one foot out the door, a head coach who increasingly appears to be on shaky ground, and an injury-riddled roster that could be drastically changed this offseason. And they’ll be playing in front of an angry, disillusioned, totally fed up crowd – assuming, that is, many even bother to show up.

So what’s the point? It’s hard to find one. But I did come up with five things to watch in this mess of a game. And trust me, that wasn’t easy to do:

Fans of this success-starved team seemed to have hope that Fromm, a late addition to the roster when Daniel Jones first got hurt, would prove to be an undiscovered gem – you know, like Tom Brady. Then Fromm got his start in Philadelphia and … well, nobody thinks he’s an undiscovered gem anymore. This is his chance, though, to show that he’s better than his 6-for-17, 25-yard, one-interception performance in that game now that he’s had another couple of weeks of preparation. Consider it an audition for the Giants’ future third-string job, or any other team he might try to join.

Four years, $72 million, $28 million guaranteed … and no touchdowns. It’s been a bust of a season for the Giants’ prized free agent. There are 11 Giants players with at least one touchdown catch, including left tackle Andrew Thomas, fullback Eli Penny, and tight end Chris Myarick. It would be a symbolic victory for Golladay to join the list. But with Fromm quarterbacking an offense that has produced 14 touchdown passes in 16 games and six total touchdowns in the last seven games? Don’t count on it.

They haven’t been shut out since a 17-0 loss on Dec. 16, 2018. That’s amazing when you think about it, since it spans the entire Jones/Joe Judge/Jason Garrett/Freddie Kitchens era, and since the Giants have failed to score a touchdown in three of their last five games. You’d think they’re due for a big, fat zero. And coming off a three-point, 155-yard performance in Chicago last week, this might be the week to bet on it. The only thing standing in their way might be their team MVP: Kicker Graham Gano.

With Giants fans this upset, with the game this meaningless, with all hope feeling lost, it’s hard to imagine MetLife Stadium will be any more than half full, if that. That will be embarrassing enough, especially to the co-owners. But how will fans react? Lots of boos? Chants for the firing of Dave Gettleman and Judge? That wouldn’t be surprising. It won’t be a festive crowd, especially if the Giants are as uncompetitive as they’ve been the last month or so. John Mara doesn’t like the idea of his team being irrelevant or obvious signs of fan apathy. That’s probably mostly what he’ll get in this game. But he won’t like the fans’ anger, either, even if he understands why. Apathy, in hindsight, might start to look good.