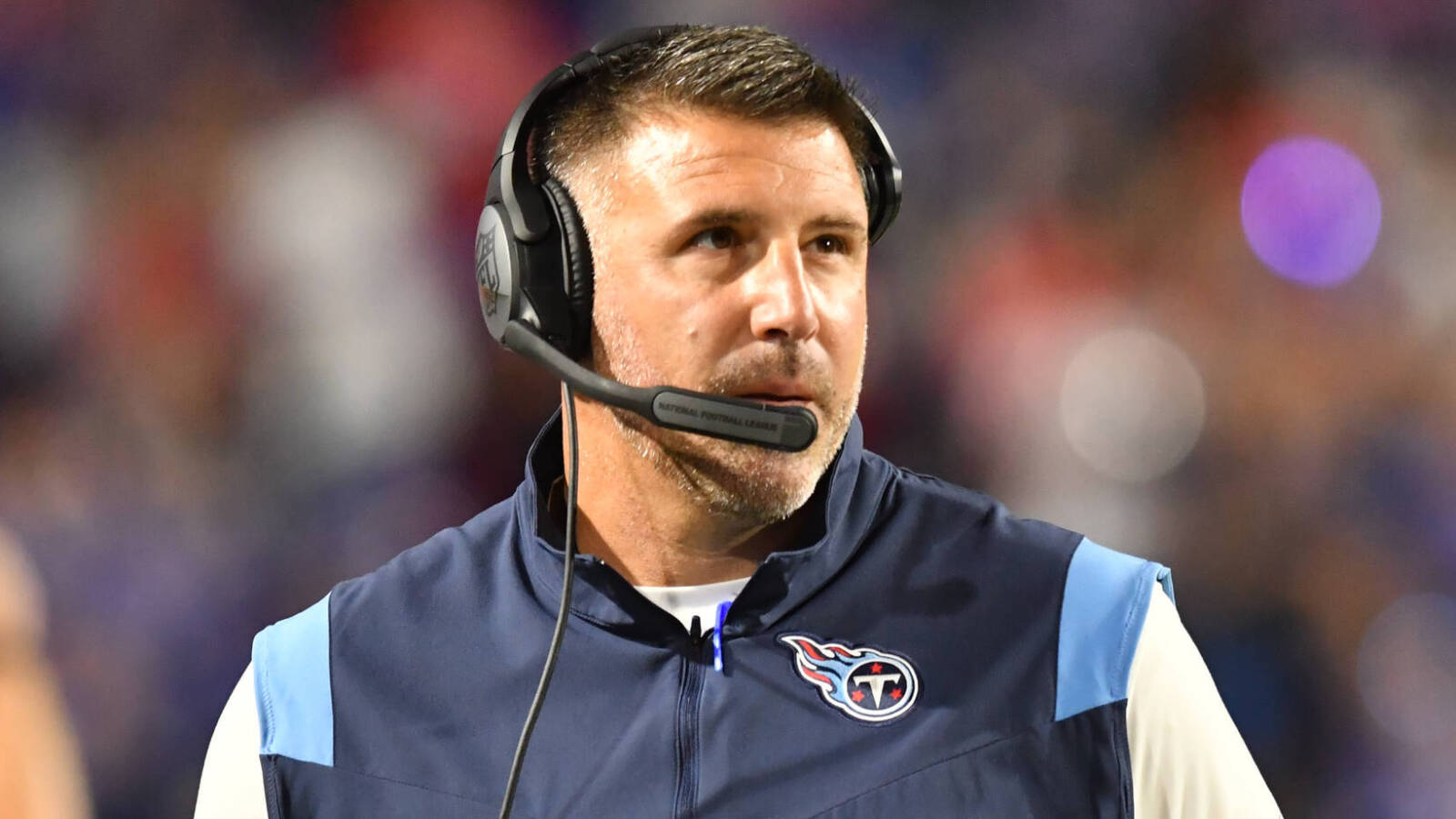 Tennessee Titans head coach Mike Vrabel didn’t mince words following a 41-7 loss to the Buffalo Bills– the Titans’ biggest margin of defeat of the Vrabel era and worst loss in nearly a half decade.

“We got our asses kicked, plain and simple,” Vrabel said via Titans team reporter Jim Wyatt. “We got outcoached and outplayed, and we have to get it fixed.”

Tennessee, the No. 1 seed in the AFC last season, got exposed in several areas.

The Titans had to be committed to the run this season after trading A.J. Brown and releasing Julio Jones, but with the Bills bottling up Derrick Henry, it created stagnation for the Titans’ offense. Henry was held to 25 yards on 13 carries, a paltry 1.9 yard per carry average.

It didn’t help that longtime left tackle Taylor Lewan left with an injury Monday and that the Bills’ secondary kept the receivers in check. Rookie Treylon Burks had the most success with four catches for 47 yards.

Quarterback Ryan Tannehill was held to 117 yards passing and threw two interceptions. He was replaced in the second half when the score got out of hand.

Tennessee’s issues on defense can be attributed to the mounting injuries with the front seven. Top pass rusher Bud Dupree and valuable reserve OLB Ola Adeniyi left the game Monday with injuries. With Harold Landry already lost for the season to an ACL tear, it left 2021 fourth-round pick Rashad Weaver as the team’s top rushing option.

The Titans’ secondary didn’t fare much better, with starting cornerback Kristian Fulton (hamstring) already not playing and fellow starter and 2021 first-rounder Caleb Farley sidelined for some of the game.

The Titans’ start isn’t disastrous because the AFC South is so weak. Tennessee, however, must get on track Sunday in Nashville against the Raiders, who also are 0-2.