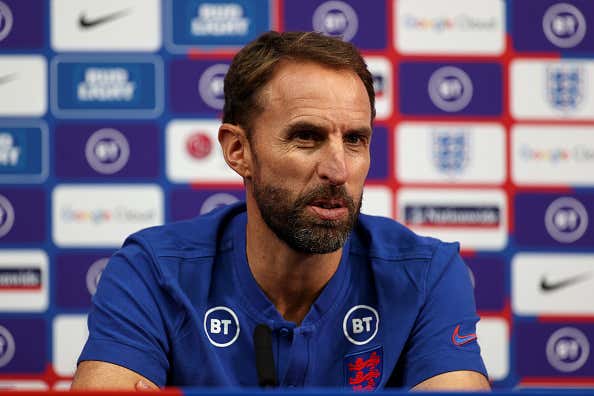 Gareth Southgate believes that the concept of hosting the World Cup every two years “doesn’t seem to make sense” amid continuing speculation over the future of the tournament’s staging.

Plans are currently under exploration by FIFA over shifting the showpiece competition from its current quadrennial cycle into a biennial format, a move championed by Arsene Wenger among others.

England boss Southgate previously admitted that he was open to the concept – but now has gone cold over the idea, citing congestion and the ever-shifting slew of proposals as issues he has.

“I’m not quite sure where everything is,” the Three Lions boss stated ahead of his side’s clash with Hungary. “I saw some initial proposals, they seem to be doing the rounds, and I’m not quite sure exactly what’s on the table now.

“It seems to change every time I speak to [CEO] Mark Bullingham and the [English] FA. There’s been another presentation and another set of proposals, it’s hard to keep up with really.

“All I would say is everybody needs to be there, in the discussion, club football, international football, I think I’ve said before there can be tweaks to the calendar that would help everybody.

“If there were maybe slightly fewer windows but you get players together for a longer period of time, that might help the clubs and the international teams.

“But if there’s only one per year, I don’t really understand that as a concept from FIFA when international football is such an important a part of what you do.

“As I said at the start, if you’re a player and you miss that one month or however long a break’s supposed to be, you don’t have an international career at all that year. That doesn’t seem to make sense to me.”

Next year’s tournament, Qatar 2022, has already courted controversy since its announcement, but the notion of increasing the regularity of the World Cup has stoked even more flames.

The proposal was officially tabled by the Saudi Arabian football federation earlier this year, leading to a feasibility study.

Since then, ex-Arsenal boss Wenger, as FIFA’s Chief of Global Football Development, has fronted up a number of suggestions, each met with a mixed response from players and coaches.

Before any plans to restructure the World Cup are put in place, however, England still need to secure their place at Qatar 2022.

With a four-point lead atop UEFA qualifying Group I – and with nearest rivals Albania and Poland set to face each other next – they could feasibly stretch the gap at the summit.

They will, meanwhile, have to wait for their final two games in November before they can be certain of their place.