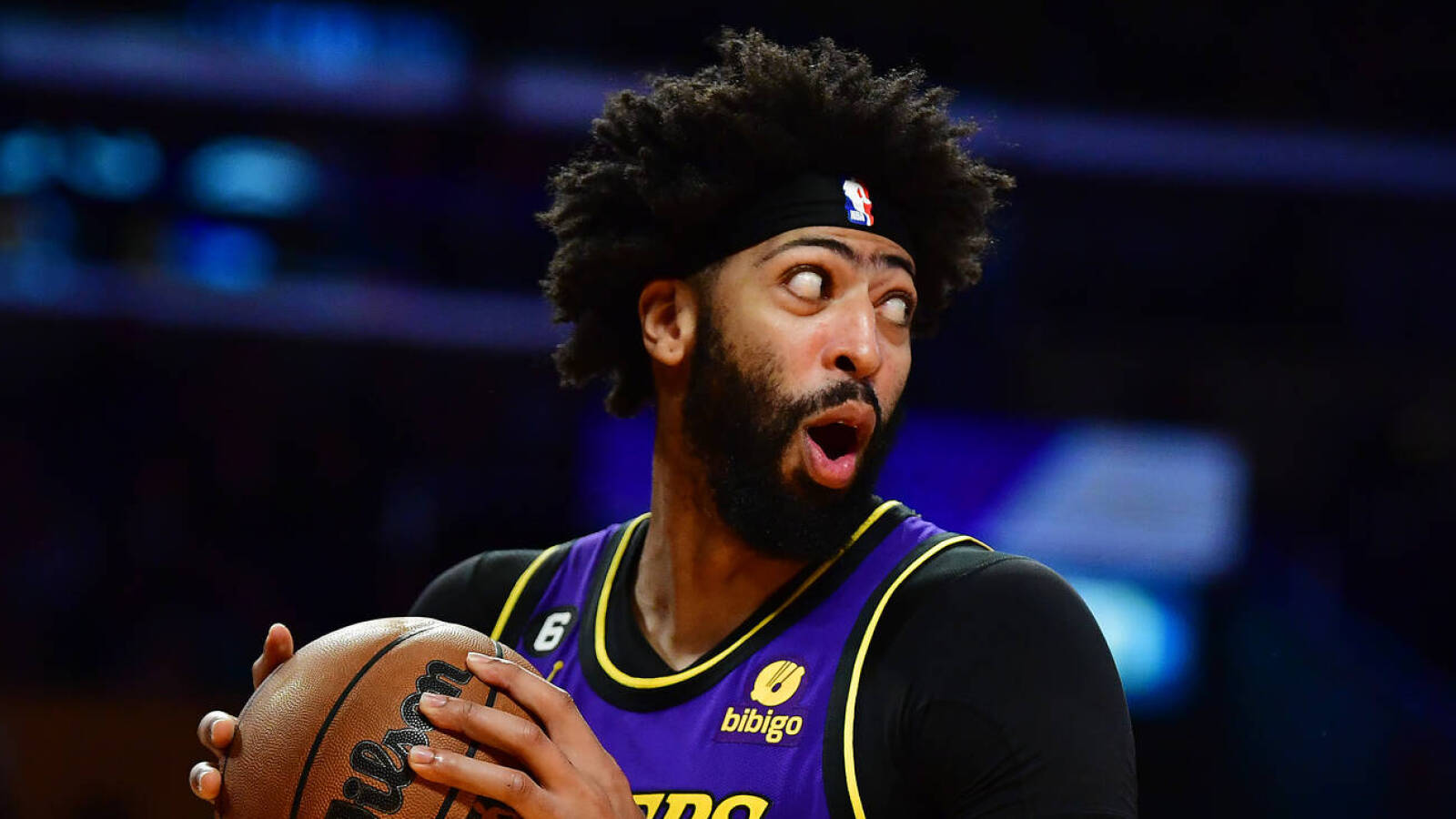 A foot injury stemming from a collision with Denver Nuggets star Nikola Jokic on Dec. 16 sidelined Anthony Davis for the last month. The Los Angeles Lakers big man has missed 18 games already in that span, but he appears close to a return.

ESPN NBA insider Adrian Wojnarowski reported on Friday that Davis could be back in the lineup late next week, potentially in time for the Lakers’ five-game road-trip beginning on Jan. 28.

The Lakers’ second-leading scorer and top rebounder, Davis returning would provide a major spark as the team’s schedule ramps up in difficulty. Eight of their next 13 games before the All-Star break are against opponents with a record at or above .500. They currently sit 13th in the West with a 21-25 record, but that’s only two games back of the sixth-place Los Angeles Clippers.

It’s also less than three weeks to go before the NBA’s trade deadline on Feb. 9, and how Davis gels with the current version of the squad could influence general manager Rob Pelinka’s decisions around that date.

In the month before his injury, Davis found the level of play he displayed en route to winning the 2020 NBA championship. He averaged 30.3 points per game on 64.7% shooting from the field and added nearly 13 rebounds per game. The Lakers went 8-5 in that stretch, which quelled an abysmal start to the year.

The NBA’s tracking and lineup data also shows Davis’ value. He’s a part of two of the Lakers’ three most successful lineups. When Davis is on the court, the Lakers have a net rating of +2.7. Only Wenyen Gabriel can boast a better mark. When Davis isn’t playing, the Lakers’ net rating falls to a -2.7. The impact is most felt on the defensive end, where the Lakers give up five more points per 100 possessions without Davis on the floor than with.

Unlike in past years, the Lakers are mostly void of size behind the 6-foot-10 Davis. Thomas Bryant performed admirably while filling in for the injured big man by averaging 14.6 points and 9.2 rebounds per game on 60.2% shooting from the field in the 18-game stretch. Per NBA.com’s tracking stats, nearly 80% of Bryant’s buckets this season came assisted. He can’t replicate the individual shot-making prowess of the eight-time NBA All-Star. Bryant also can’t punish mismatches inside with the same efficiency as Davis.

Plays like these two, highlighted by Steve Jones Jr. of “The Dunker Spot” podcast, against one of the top defenses in the NBA are what makes Davis indispensable for the Lakers.

Combined with Russell Westbrook finding his groove and Lonnie Walker IV, who’s making a team-high 2.1 3-pointers per game, also slated to come back from injury shortly, Davis’ return could push the Lakers back in contention with the elite teams of the West.