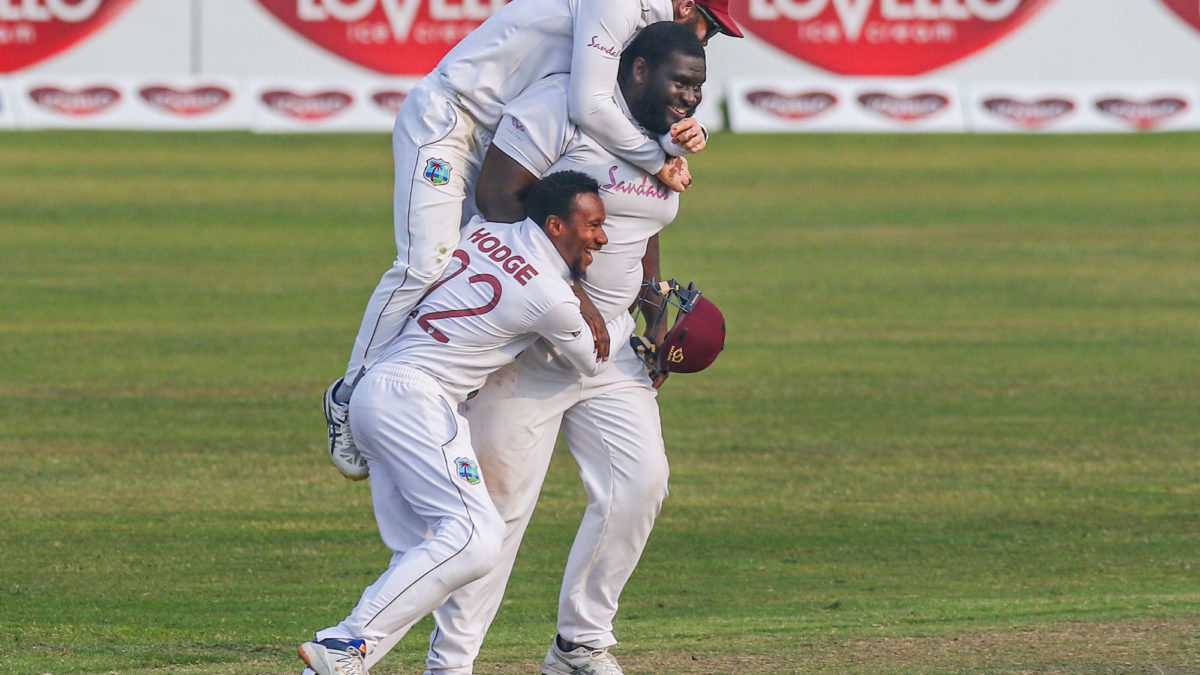 West Indies spinner Rahkeem Cornwall was not named in the squad for the upcoming West Indies tour of Zimbabwe, which starts in early February.

The upcoming Test series is a crucial tour for a Windies side that was labelled by former West Indies captain Carl Hooper as “embarrassing” after their series defeat against Australia, with pundits questioning the standard of the Test side for the future.

The Windies will take two left-arm spinners, Gudakesh Motie and Jomel Warrican, to Zimbabwe instead of the cult hero from Antigua, so what is his role now for the Windies and cricket in general?

Cornwall’s overall performances in the Test format have been brilliant but also inconsistent.

In the shorter format, he was left unsold at this year’s Indian Premier League auction, with coaches still having questions about his overall match fitness.

But why wouldn’t you take him? He has the excellent spin craft to match it against the best and would thrive against Zimbabwe, especially on slower wickets.

His last Test match against Sri Lanka in 2021 was notable for his batting, with a vital 39 off 57 balls as the Windies scrapped to 230 in their first innings. They would lose that match, with Cornwall frozen out of the Test squad after that series.

Another issue for the big man is his lack of first class cricket in 2022, with only five games played for Leewards Islands, making 76 runs across the five games but taking 23 wickets, including best figures of 6/45 against the Windward Islands in the second innings.

In the shorter format, he looked outstanding in the Caribbean Premier League for the Barbados Royals, opening the batting and scoring runs for fun with 200 runs across nine matches.

He made a fiery 36 off 21 balls in the final against the Jamaica Tallawahs.

On the bowling side, he took seven wickets which is not great T20 form, but an IPL contact could have been a chance to kick-start his career.

What now? With the West Indies’ first class scene starting in under a month and Cornwall making a double hundred in the Atlanta Open, an American T20 league, he could turn it around for selection for the South African tour.

If he misses that tour with no word on his playing future in first class cricket, it could be a long wait for the cult hero to return to the red-ball scene, which currently has him in this puzzle.