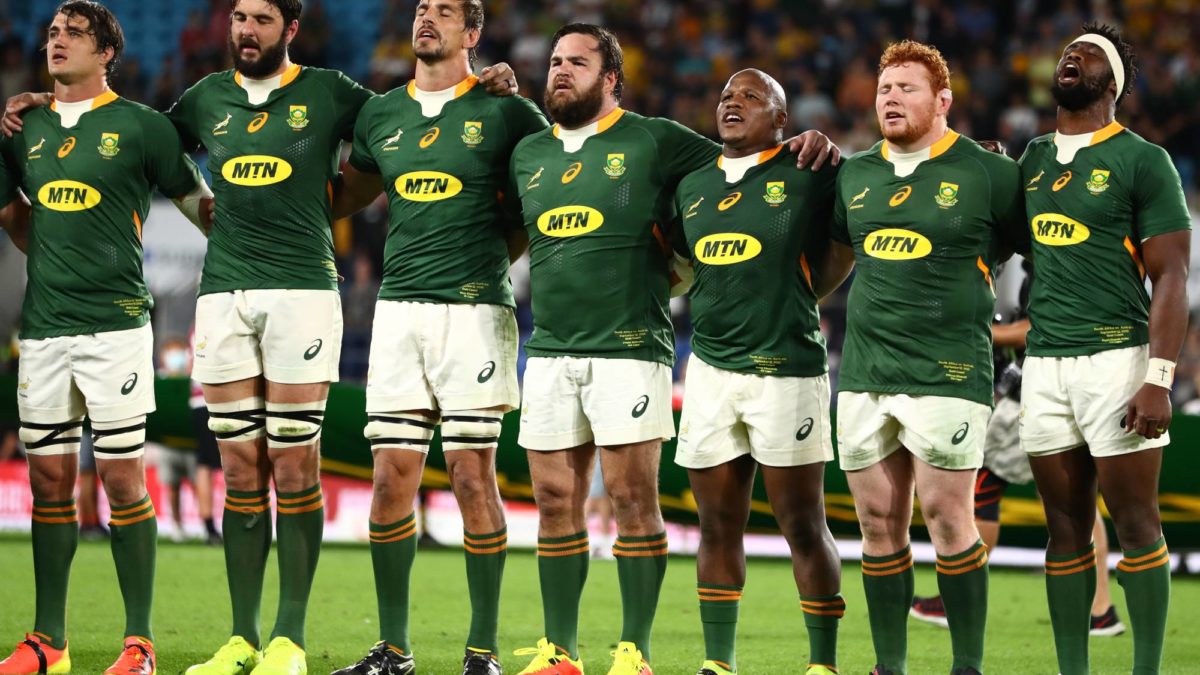 The 100th Test between the ascendant All Blacks and the slipping Springboks is just around the corner.

So, I had an hourlong chat with two grassroots rugby experts from the Cape. Uncle Basil, an old school coach, and a straight-talking salt-and-vinegar woman named Verity.

What ails the Boks? What is the fix? Where is the most pressing problem? Do we have a chance? Where did it all start to go wrong?

Uncle Basil is a careful man, who makes a plan. He coached at schools and provincial level, and a couple of his players have gone all the way. So, he does not favour an easy breezy Bok system.

“When a player plays, he enjoys it because all the systems are working. A team has fun when things are going according to plan. But in the game, there can be a dip, and then it goes the other way. It see-saws. When players don’t believe in the system, they can just think ‘ag, this game is over.’ Then a coach needs to lift the players or find the right captain to lift the players.”

He is also fine with the blindside Bok attack: “The blindside is the place to attack because the defensive coaches will have their slowest players on that side. Change back and attack the blindside to find the bigger forwards to allow your smaller players to find the holes.”

But Verity points out the blindside has become too predictable: “They don’t want to be enterprising. Something innovative. Make the other team wonder: what the heck did the Boks just do? We don’t take enough risks. We don’t believe we have the flair.”

Uncle Basil had to agree with that: “Just passing to Damian de Allende, to bend his head and cause a ruck in the middle of the field, and play three phases, or kick on first phase. This is predictable. We never play from first phase.”

So, why did it work in the World Cup?

Verity points out: “The way we played was successful in a tournament. But after that one tournament, it is not sustainable. The World Cup was an event. We won that event. But now we have to move on.”

But is there time to avoid a hiding? Uncle Basil isn’t sure: “Anyone can change. But to change in a week is a difficult thing.”

He thinks of the Wallabies as the canary in the gold mine: “Australia always shows us the flaws in our rugby.”

On that we all agreed.

Verity likes the Wallabies’ and All Blacks’ willingness to throw new players into the mix, and goes outside rugby to make her point.

“We should use the younger guys,” she says. “Give them an opportunity to play against everybody. Look at what Australia did in cricket? Why was Shane Warne so good? They let him play as a young guy. He played against every single nation.

“So, in the World Cups, he totally mesmerized them. He was a spinner. He was the main destroyer. Because he had the opportunity for four years. The All Blacks have a core of the older, but the new ones are just as good. They can replace them, and they all do the job. You need to take a risk.”

She also loves the post-try ritual used by the Wallabies: “Every time after Australia scored, they had a little huddle. They all came together. A moment. I would like to hear what they say. Is it, can we do something different?” In contrast, she says, Boks high five after a try.

The other proposition upon which we al nodded our heads is the true status of Jacques Nienaber. Uncle Basil put it like this:

“Jacques was always the assistant coach. The defensive coach. And he was very good. He was put there because Rassie was there. They went to Munster together. Jacques just stepped in as the Springbok coach. There are other coaches can do a better job.”

Verity thinks “The players see Jacques as the guy implementing what he is told to do. He is the second person. He can always say it was from Rassie. Maybe he’s not really the coach.”

There was also a sad concurrence that Willie le Roux is past it.

Uncle Basil: “When you see Willie running with the ball now, you see a guy who doesn’t know what to do with the ball. He’s good with the high ball, but that’s not enough, now. Unfortunately, that is what is happening now with Willie.”

Verity pointed out the awful timing of Willie’s passes: either too early or too late.

Both bemoaned Faf de Klerk’s mental discipline, but neither would endorse a lack of fitness theory. “I think we have a mental problem,” said Verity. “They are fit as they can be. It’s mental. They just waiting for the All Blacks.”

Neither would rule out a famous Bok victory in Townsville.

“The braais are going to be high this weekend,” notes Verity. “We are still the champions.”

But her cautionary caveat: ““After the 50th minute, if you haven’t caught up to the All Blacks, they will slay you. You are gone. They will annihilate you.”

Uncle Basil’s sober voice: “If you want to beat the All Blacks, you have to score three or four tries. But we are relying on opponents making mistakes. When we are more than seven points behind, our players start losing interest or trying too hard.

“Maybe it’s a mental thing and you are 60 minutes into the match and you start to lose rucks or lineouts, you get this mental fatigue.”

We tried to agree on a 9-10-15 and bench selection pattern to front the All Blacks.

By 2-1, we settled on Cobus Reinach to start, for his change of pace. Verity’s dissent was for Herschel Jantjies.

At flyhalf, Uncle Basil pointed out: “Johan Goosen is putting up his hand for selection. We need a playmaker. Someone to put de Allende into space.” But we had no agreement; which is basically where the Bok coaches are, and so they stick with Handre Pollard.

At fullback, Willie only got one vote (Uncle Basil).

On the bench, Uncle Basil spoke for all of us: “This idea of a Bomb Squad was only good for the World Cup. But we need another backline player. We have a strong pack of forwards. It’s ok. We need more playmakers.”

So, there it is. A focus group.

Solutions: keep the pack, bring speed to the nine and fifteen, and stop calling our bench a bomb squad and stop pretending Nienaber is head coach. Have a few proper playmakers on the bench. Instill something new. Keep thinking on the field. And lift for the All Blacks.