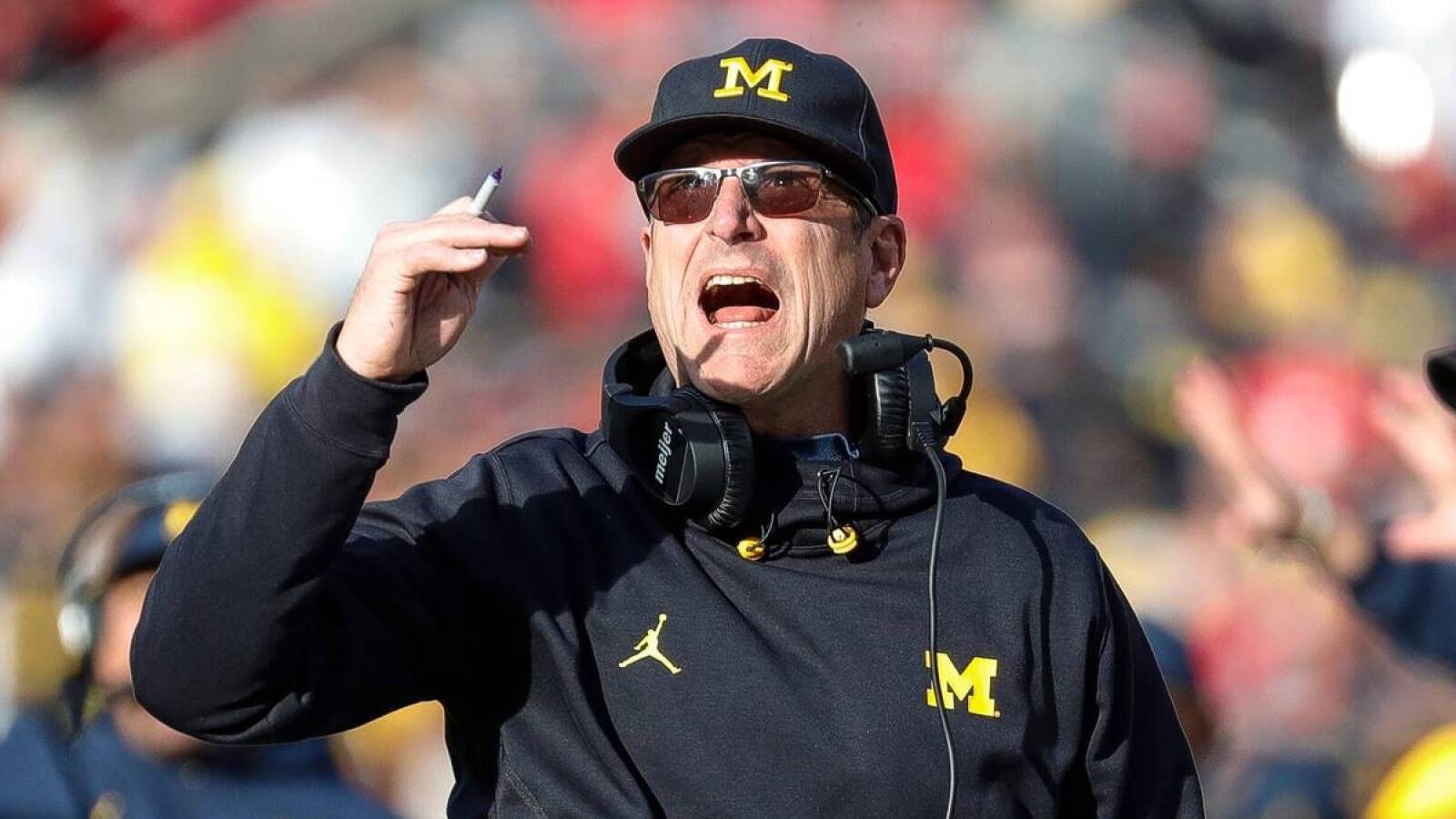 Since Michigan’s loss to TCU on New Year’s Eve, it’s safe to wonder what the heck is going on in Ann Arbor.

That loss kickstarted a series of unfortunate events within the football program, which now includes the firing of co-offensive coordinator Matt Weiss on Friday.

The Wolverines announced they fired Weiss after it was announced earlier this week university police were investigating him for “computer-access crimes” at the football team’s facility.

The issue involving Weiss is unrelated to the football program’s ongoing NCAA investigation. Earlier this week, it was reported that coach Jim Harbaugh denied lying to investigators about the team’s Level II accusations, which is itself a Level I violation. (h/t ESPN)

The NCAA accused Michigan of holding practices with too many coaches on the field, contacting two prospects during a COVID-19 dead period and observing practices via an unauthorized video feed. (h/t CBS Sports)

Per ESPN’s Pete Thamel, Harbaugh’s refusal to say he lied about the infractions — which the NCAA believes he did — will likely lead to potential penalties against him being delayed until the 2024 season.

He faces a multi-game suspension if he is ultimately found in violation of NCAA bylaws.

Michigan spent the past two seasons basking in the glow of back-to-back wins against heated rival Ohio State. The team’s mistake-filled loss to TCU marked the beginning of the end of the good times in Ann Arbor, at least for now.

If those within the program want to feel better about themselves, they can find comfort in the fact that these are off-the-field fires that don’t involve players, a group that includes established backfield threats Blake Corum and Donovan Edwards, and starting QB JJ McCarthy.

As much as Harbaugh’s Wolverines swap staff members with his brother John Harbaugh and the Baltimore Ravens, it’s entirely possible that Michigan works out a deal with former Ravens offensive coordinator Greg Roman, who announced on Thursday he was leaving the organization in order to “pursue other opportunities.”

Michigan has the talent to weather these various off-season storms and an obvious answer for coordinator should Roman be interested.

But it’s increasingly clear the program will need to rely on the players to lead the team in 2023. The adults in the room have to worry about other things.