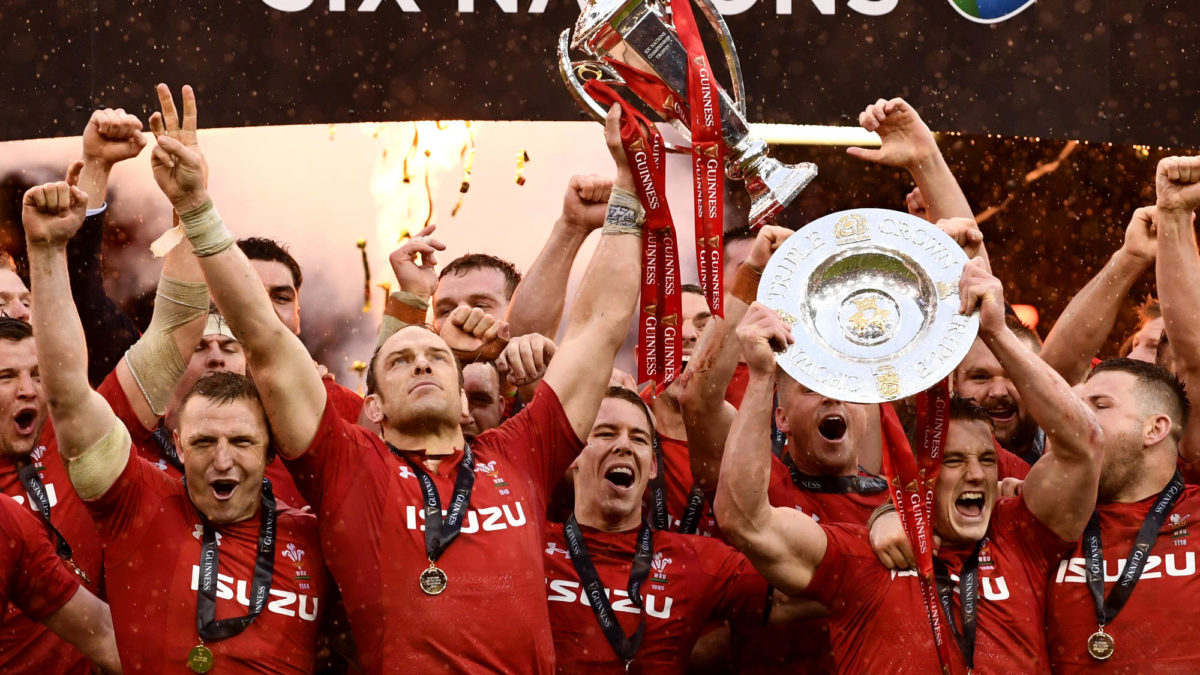 With the Six Nations now just weeks away, it’s time to unpack all five teams’ chances of taking the crown in 2022, while acknowledging that Italy are also going to be there.

From reigning champions Wales to the fearsome might of France and England, from Marcus Smith and Owen Farrell to Johnny Sexton and Conor Murray, who has what it takes to be champions of Europe?

In the backline, Ireland has 101-cap skipper Johnny Sexton, along with winger Keith Earls (93), a halfback in Conor Murray (92) on his last legs, a star centre in Henshaw, and fellow midfielders Garry Ringrose and Bundee Aki.

Uncapped backs named include Ulsterman Michael Lowry and Mack Hansen of Connacht. But with an aging flyhalf and the World Cup twenty months away, it will be 27-cap Munsterman Joey Carbery and 10-cap Jack Carty who need minutes on the pitch. Jamison Gibson-Park also needs to add to his 12 caps before the major tournament approaches.

Ronan Kelleher will be aiming to own the hooker’s starting jersey, while Tadhg Beirne will want to end all debates and make the No. 6 jersey his and his alone. The battle for the remaining loose forward spots will be fought between Lion Jack Conan (22 caps), Caelan Doris (12), and big ball carrier Gavin Coombes. Coach Andy Farrell has choices to make.

Ireland relies too much on Sexton. That is their biggest problem.

Wales is missing old hands in the pack: Ken Owens, Alun Wyn Jones, Taulupe Faletau, Dan Lydiate, Josh Navidi, and Justin Tipuric. That group would be competitive with any team at breakdown. In the backline, George North and Leigh Halfpenny are still out.

So, who can Wayne Pivac call on? He has a Lions-laden backline led by livewire Gareth Davies; motormouth captain Dan Biggar, who may reach 100 caps by the last Test of the tournament; 95-cap centre Jon Davies, the classy Adams, speed demon Louis Rees-Zammit, and footballer supremo Liam Williams.

The problem is depth: lose even three of them, and you are looking at some serious frailty. Gareth Anscombe and Rhys Priestland are as talented as any back-up 10s in the world, but do not inspire confidence in Tests, in my view.

I have no idea why Owen Lane was not picked, and Alex Cuthbert was.

In the forwards, the back three will probably be fine, with the duo of Basham and Ellis Jenkins joined by bustling Dragon Aaron Wainwright, Cardiff enforcer Ross Moriarty (49 caps), uncapped Jac Morgan of the Ospreys, Seb Davies, and Will Rowlands. 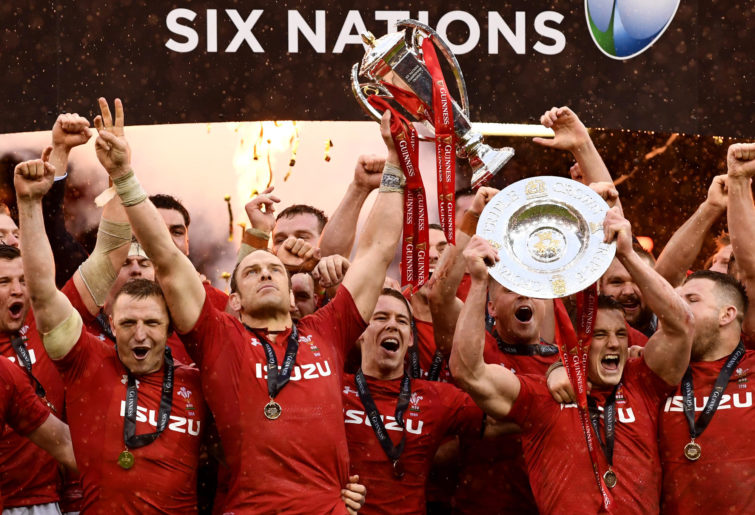 The front row will make do with Wyn Jones, Tomas Francis, Dillon Lewis, and Ryan Elias, joined by a few youngsters.

Fabien Galthie will cut some of them; but for now, he has named seven uncapped players in a 42-player Les Bleus squad. None of the newbies are expected to make a 23-man game day team, however. The coach is spoiled for choice.

France uses their locks differently from anyone else. They have an assortment to choose from, including South African U20 behemoth Paul Willemse, another Saffa with more skills (and caps: 49) Bernard Le Roux, as well as Lyon big man Romain Taofifenua.

Uncapped lock Florian Verhaeghe of Montpellier, who made 19 appearances for France in the U20s, may also get a gallop.

Woki and Alldritt, both under 25, will be formidable hunting partners at the back of the scrum. With captain Charles Ollivon out, it will be interesting to see who Galthie uses to complete the loose trio.

The attacking prowess of the French backline is well known, with World Rugby Player of the Year (and for now, captain) Dupont pulling the strings. Romain Ntamack was just as influential at times, but defers to Dupont in a tactical sense.

A nine-driven attack can be bogged down in crunch time, so in 2022, the French may want to give Ntamack more responsibility. The weapons at his disposal are fearsome: the smooth Gael Fickou, Damian Penaud on the outside, the untackleable Virimi Vakatawa, young fullback Melvyn Jaminet, and plenty more in reserve.

The key for France will be to move from theory and hype to an actual 4-5 win tourney, and a trophy in their currently bare cabinet.

Jamie George will add to his 61 caps alongside Luke Cowan-Dickie. Will Stuart of Bath gets a call-up at prop to bolster the front row, which already includes stalwarts Ellis Genge, Joe Marler and Kyle Sinckler, and youngsters Bevan Rodd of Sale (two caps) and Joe Heyes of the Tigers (also two). One imagines reinforcements will be needed.

Courtney Lawes, Maro Itoje, and Tom Curry have 187 caps between them, but the rest of the back five are fairly lightly capped, with Charlie Ewels’ 26 caps the highest. Alex Dombrandt has a wide-open door to make his mark at number eight… if Jones will let him.

Jones has not groomed a back-up to veteran Ben Youngs, but perhaps Raffi Quirke of Sale is the one. He and Harry Randall are named as understudies. 69-cap Jonny May will chase kicks all day long. The muscular Jack Nowell has returned to favour, with fewer muscles. Jones says he now looks like a rugby player again, instead of a bodybuilder.

But the big question is, if Marcus Smith keeps the 10 jersey, who is wearing 12 and 13? On form, Henry Slade is a no-brainer at 13. Manu Tuilagi is still out, and single-cap Mark Atkinson is 31, so perhaps it will be a Smith-Farrell-Slade midfield, with Joe Marchant unlucky or pushed to the wing in Anthony Watson’s absence. 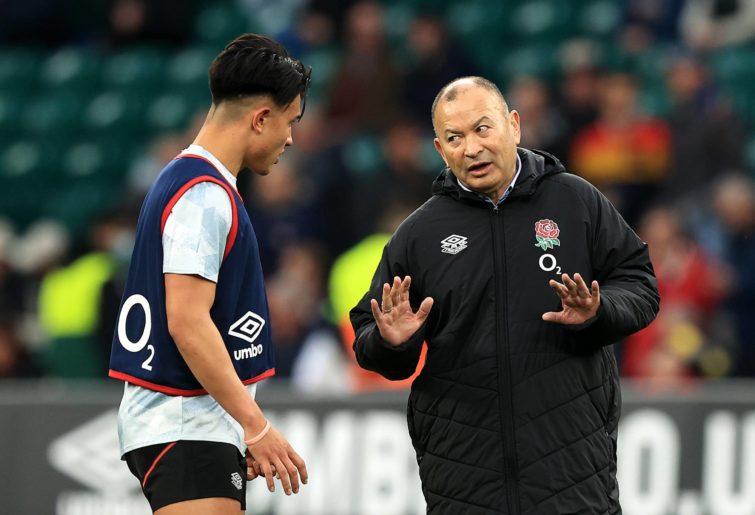 Freddie Steward has the 15 shirt, and may have it for a very long time.

Gregor Townsend seems a nice fellow – perhaps the least difficult of the top tier coaches to like, besides Ian Foster. He has had Scotland’s reins since 2017, but has never won three times in a Six Nations; while his squad failed to get into the knockouts of the 2019 World Cup.

What will change this year and next? The metric is clear: win three in the 6N this year, and get out of the pool with Ireland and South Africa next year. Do that and be a legend. Or not.

Townsend, and his defence coach Steve Tandy, have a hell of a backline to work with. Lion Ali Price has 46 caps and immense confidence from Warren Gatland’s view of him, while Russell is 29 and at the peak of his powers both to change a match in a moment or just manage the match like the world class field general he is. Chris Harris has 31 caps and is playing great rugby for resurgent Gloucester; the skipping Redpath is back; and then there is the Afrikaner Android, Duhan van der Merwe, steaming through.

There is plenty of depth in attack weapons – Darcy Graham, the latest ‘Bok jock’ Kyle Steyn, Aussie Sam Johnson, and Kyle Rowe. Behind them is the newly lidded, gleaming toothed Stuart Hogg, 88 caps strong and the top try-scorer in Scottish history.

He would never be my pick as captain (I’d anoint Price) because I think he sees blue mist at times. 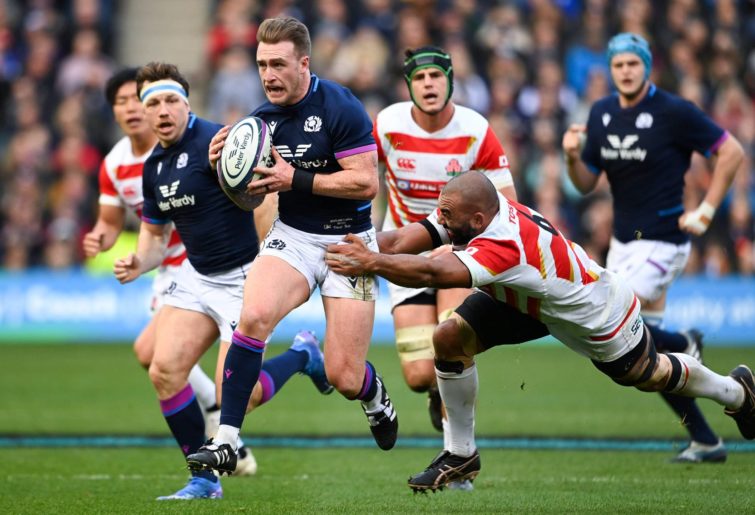 The weaknesses are scrum-half backup – who is it? – and in the pack.

Scotland cannot beat South Africa or Ireland in a World Cup match with a small pack that lacks carrying and stopping power. I am not sure they can beat France and England again as those teams continue to power up.

Stuart McInally and George Turner at hooker are a bit light, and the propping cadre has questions all over it, except for Zander Ferguson. Jonny Gray will work his socks off at lock, but Grant Gilchrist, Scott Cummings, and Sam Skinner do not play big enough.

Matt Ferguson started his international career at No. 8 with a bang, but has cooled off. Jamie Ritchie and Hamish Watson will never stop fighting for the cause, but they can be blown off the ball or leaped over.

Another two-win season (over Italy and Wales) beckons.

I just don’t have any interest. Sorry. I think their point differential will be -40… per Test.