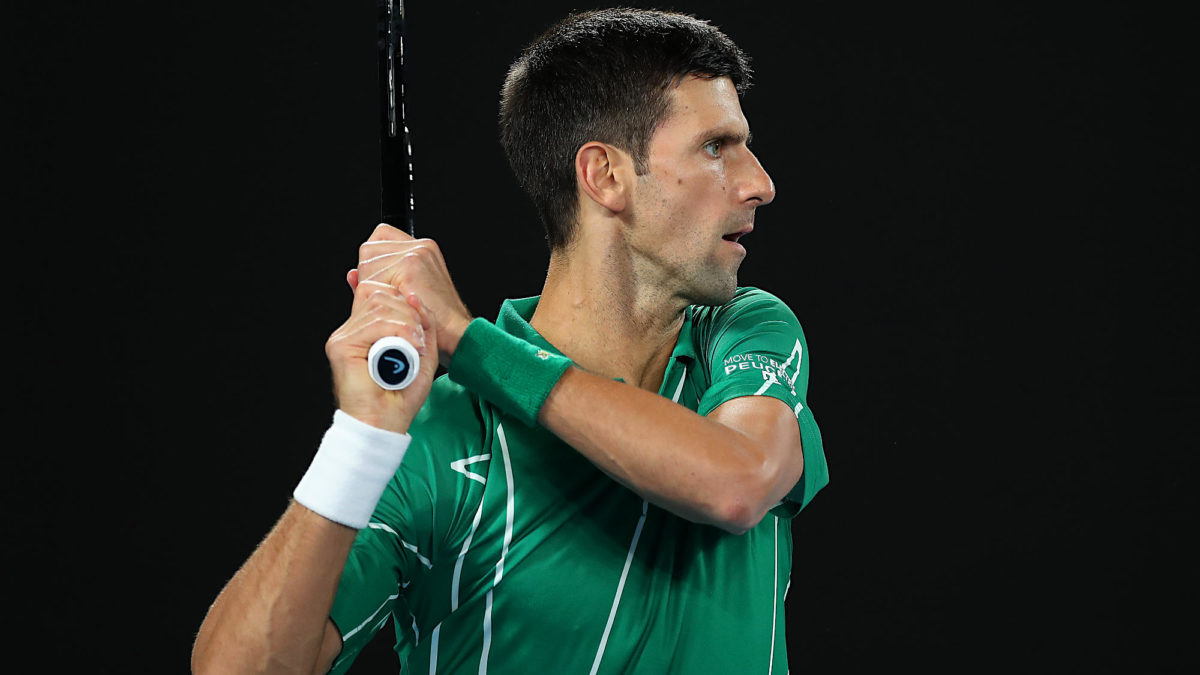 For all the drama and hysteria surrounding Novak Djokovic’s deportation from the country on the eve of the Australian Open, the tournament has barely missed a beat without him.

Of course it would have been a massive drawcard for tournament organisers and broadcasters to have the world No.1 in action irrespective of whether there was drama about his vaccination status and bungled attempt to get through customs.

Djokovic is equal with fellow legends Rafael Nadal and Roger Federer on 20 grand slam wins and, assuming he is allowed to travel, he is likely to finish with more majors than his two rivals as the 34-year-old is a year younger than the Spaniard while the Swiss master turned 40 last year.

Nadal is the only member of the big three flying the flag at Melbourne Park in 2022 after beating Russain Karen Khachanov 6-3 6-2 3-6 6-1 to advance to the fourth round for the 15th time..

Their era is finally coming to an end and Djokovic’s absence from this event is a taste of things to come.

Men’s tennis has thrived on rivalries in the Open era from Bjorn Borg, John McEnroe and Jimmy Connors in the 1970s to Ivan Lendl, Stefan Edberg and Mats Wilander in the 1980s, Pete Sampras v Andre Agassi in the 1990s through to the majority of this century where Federer, Nadal and Djokovic have been dominant.

Sampras won his last grand slam title at the 2002 US Open and Andre Agassi won the next major the following southern summer at the Australian Open.

Nadal, Cilic and Medvedev are the only players who have won a grand slam this century who are still in action at the Australian Open after Murray exited on Thursday following a second-round exit to Japanese qualifier Taro Daniel.

Tennis has cashed in on the big three era for so long it’s almost become boring.

Though successful, particularly in Australia where he had won the Open nine times, Djokovic is not overly popular with a large section of fans – he has often lacked the humility and charisma that Federer and Nadal brought to the court.

Nadal said before the start of the Australian Open, when asked about Djokovic’s visa saga, that no one player was bigger than the sport and that will also be true for tennis when the two of them and Federer finally hang up their racquets. The sport will continue to be, pardon the pun, a major player on the global sporting landscape.

None of the triumphant triumvirate will be easy to replace but it’s time to unearth some new stars. It was actually time a few years ago but such has been the dominance of the established trio well into their 30s that the next generation has never been able to prosper.

Medvedev, after breaking through at the US Open final last year when he denied Djokovic what would have been a record-breaking 21st major, is the most likely player to next assume the No.1 ranking.

The 25-year-old Russian showed in Thursday night’s four-set triumph over Kyrgios that he has the steely resolve and the all-round game to be a force in the post-big three era.

‘‘I think if you asked everyone on tour, … I think they would probably vote him the best player in the world at the moment,’’ Kyrgios said. ‘‘His consistency – every game he doesn’t drop his level, he shows up every game, plays.

“I think no matter what the score is or how much pressure he’s under he never kind of gets flustered. He just has so much belief in his game.’’

He next faces Dutch world No.57 Botic van de Zandschulp in the third round and has only two top 10-ranked rivals – fifth-seeded Russian Andrey Rublev and Canadian ninth seed Felix Auger-Aliassime.

Unfortunately for tennis officials, Medvedev is not a showman, he’s a tradesman. He was fuming at the treatment he copped from the parochial crowd on Rod Laver Arena on Thursday night and he had every right to ask the disruptive fans to show some respect during his on-court interview with Jim Courier.

Hopefully there are no repercussions from the ratbag element which has been booing or siuuing their lungs out in the juvenile pursuit of seeking attention.

Medvedev is cut from the Lendl cloth. If tennis officials are looking for the next crowd-pleaser, it’s likely to come from the other high seeds left in the draw. German third seed Alex Zverev, who was runner-up at the US Open two years ago, Greek star Stefanos Tsitsipas, who also fell one win short of a major at Roland Garros last year or Italian seventh seed Matteo Berrettini, the 2021 Wimbledon runner-up.

With doubt over whether Djokovic will be allowed into France due to his lack of a COVID-19 vaccination, there could be two chances for the next generation in 2022 to start getting their hands on trophies if they can run the Nadal gauntlet.

Berrettini has been the big winner out of Djokovic’s deportation – he won’t play a fellow single-figured seed until at least the quarters in that rejigged part of the draw after his “escape from Alcaraz” on Friday, slipping out of Spanish youngster Carlos Alcaraz’s clutches in a five-set epic.

The player who Djokovic was supposed to play in the first round, 77th-ranked fellow Serb Miomir Kecmanovic, benefitted by beating a lucky loser in the first round and upset Italian 25th seed Lorenzo Sonego 6-4 6-7 6-2 7-5 on Friday to make it to the fourth round of a major for the first time in his career.

And the other big factor making up for the lack of the men’s world No.1 for Australian sports fans is the fact that the top seed in the women’s draw demonstrates the selfless qualities that locals embrace in a champion.

Barty will give Open officials and TV executives a sugar-hit every second night, hopefully all the way to next Saturday’s final after she demolished Italian 30th seed Camila Giorgi on Friday night.

Sunday night’s showdown was supposed to be a marquee match-up with Naomi Osaka – like having an extra final on the schedule, a blockbuster showdown between the current and former world No.1 to truly capture the nation’s attention.

However, American rising star Amanda Anisimova was not given the script and the unseeded 20-year-old upset Osaka, beating her 10-5 in the third-set tie break to send the defending champion out of the tournament.

Just like women’s tennis in the post-Serena Williams era, the sport moves on and new stars roll off the production line to make a name for themselves.