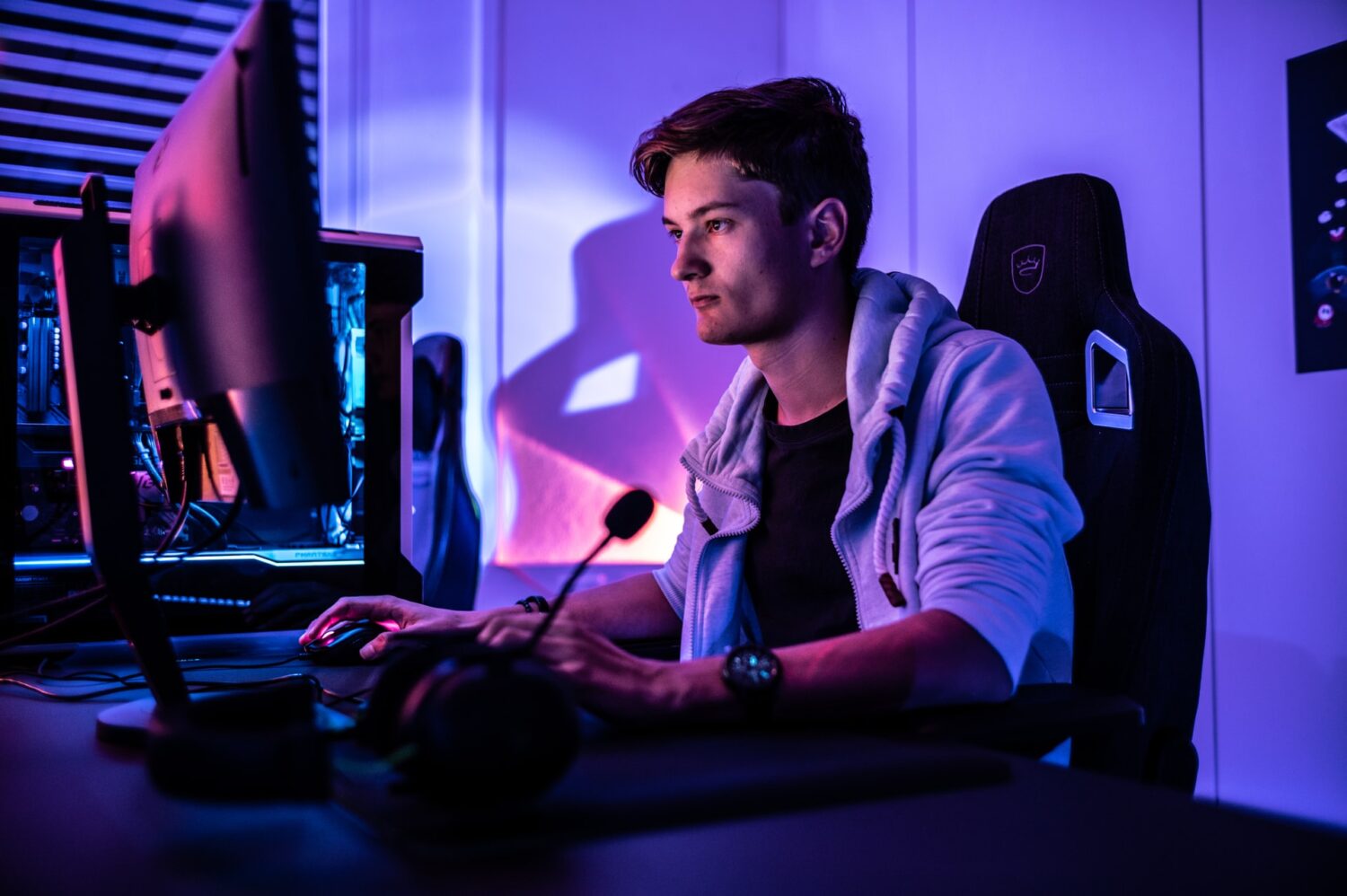 Growing up before the turn of the millennium, gaming was always just a hobby. It was expensive and offered little else other than entertainment delivered by rudimentary two-dimensional games. Probably the most popular gaming console was the Nintendo NES which delivered two Italian plumbing brothers called Mario and Luigi, or the brick stacking craze of Tetris, into our living rooms. It wasn’t mainstream and it wasn’t for everyone. Fast forward thirty years, and gaming is as woven into our culture as can be, and most kids and teenagers enjoy many hours competing in multiplayer battle games, running around the landscapes of games like Fortnite or Apex Legends.

While it has a well-established place in our homes, this is not the only place you’ll find the video game. It also has an incredibly large and well-funded global following of dedicated fans who support and idolise professional esports players and is played on huge stages in arenas competitively with more parallels and similarities to traditional sports than we realise.

Esports is, as the name (electronic sports) suggests, a landscape of competitive video games, played professionally by organised teams and gaming organisations in a multitude of different game genres at events of ever-increasing scale. The structure of esports is very similar to that of traditional sports, with leagues and tournaments taking place throughout the year with some culminating in an event like a World Cup where the champions are crowned, and the prize money is huge.

Comparing it to traditional sports, it takes the most similarities from sports like Formula One, where teams aren’t country or region based but rather either supported by a big brand or a private team funded by their owner and advertising. Esports is big business and offers viewers an experience just like any other sport, including broadcasts with a panel of game analysts, commentary, replays and everything else you’d expect from a sports broadcast.

How Did We Get Here?

Making games competitive is nothing new. It’s built into the DNA of even the earliest arcade cabinet games, which featured top 10 scoreboards that formed many tense moments with friends gathered around trying to beat the scores of the leaders. It was inevitable then that, in 1980, Atari held what is considered the first ever esports tournament – the National Space Invaders Championships. This was played in five regional competitions, which earned top finishers $150 and a flight to the National Championships where the first-place winner would walk away with a $2000 table video game. These in-person arcade competitions continued throughout the 80s.

Cue the 90s and the proliferation of connectivity and the internet, where the competitive landscape of gaming really began to take shape. When one of the most iconic gaming franchises, Quake, released its first iteration in the 1990s, it became clear that competitive video gaming wasn’t a passing trend, and these gamers started to gain a following of fans. A tournament called “Red Annihilation” in 1997 is considered by many to be the real birth of competitive gaming, where the first place finisher Dennis “Thresh” Fong won $5000 and a Ferrari 328 GTS for his efforts, and a spot in the Guinness Book of World Records as the first professional video gamer.

The competitions grew from strength to strength and today feature gaming organisations that provide the same level of support for their players as any other sports – with on-staff nutritionists, physiotherapists and psychologists that support the team and players with all their needs to perform at the top of their game.

The Prize Money is Huge

The tournament that offers the biggest prize pool, and has done for a few years in a row, is a competition called The International, the pinnacle of the built-for-competition game Dota 2 competitive scene, which in 2021 had a total prize pool of more than $40 million US Dollars. If we compare that to a traditional sport like golf, where the biggest prize pools don’t even exceed $10 million US Dollars, it’s clear that this is big business.

Other game tournaments offered prizes that are jaw dropping too. Fortnite’s 2019 Fortnite World Cup offered competitors a prize pool of $30 million. These two examples are outliers, however, with most other games offering smaller prize pools, but still nothing to shy away from. The 2021 Honor of Kings World Championship and 2018 League of Legends Worlds Championship both had prize pools of around $7 million.

With the similarities and comparisons to traditional sports, it should come as no surprise that there is an ecosystem of betting and gambling on esports that rivals the traditional counterparts too. You’ll find extensive and detailed sections for many of the most popular esports games on most of the online casinos listed on the following site: https://www.onlinecasinos.co.uk/blog/new-online-casinos.htm.

The frequency of these competitions and the fierce competitiveness of the scene make esports a dream come true for avid gamblers and open up the pastime of putting down some money on competitive games to a whole new set of fans that might not engage with traditional sports. You’ll find all the normal stakes available to you, and you can bet on teams or players to win, score first, lead at intermission and similar. Some electronic versions of traditional sports, like the popular FIFA gaming franchise of football games have immense online followings and gambling spheres too. If you’re familiar with traditional sports gambling, you’ll feel right at home in the esports scene.

Esports is a competitive landscape that is still growing, with no signs of slowing down, and it offers that fierce competition with a much lower cost of entry, open to anyone with a computer or gaming console and an internet connection. And let’s not forget the viewership. According to some reports, esports viewership eclipses even some of the most watched channels and events in the world. Macquarie Research, for example, reported that esports viewership on the popular broadcast platform Twitch, surpassed the average viewership of traditional television channels like CNN and MSNBC. If you love sports and gambling on the outcome, give esports a try – you might never look back.