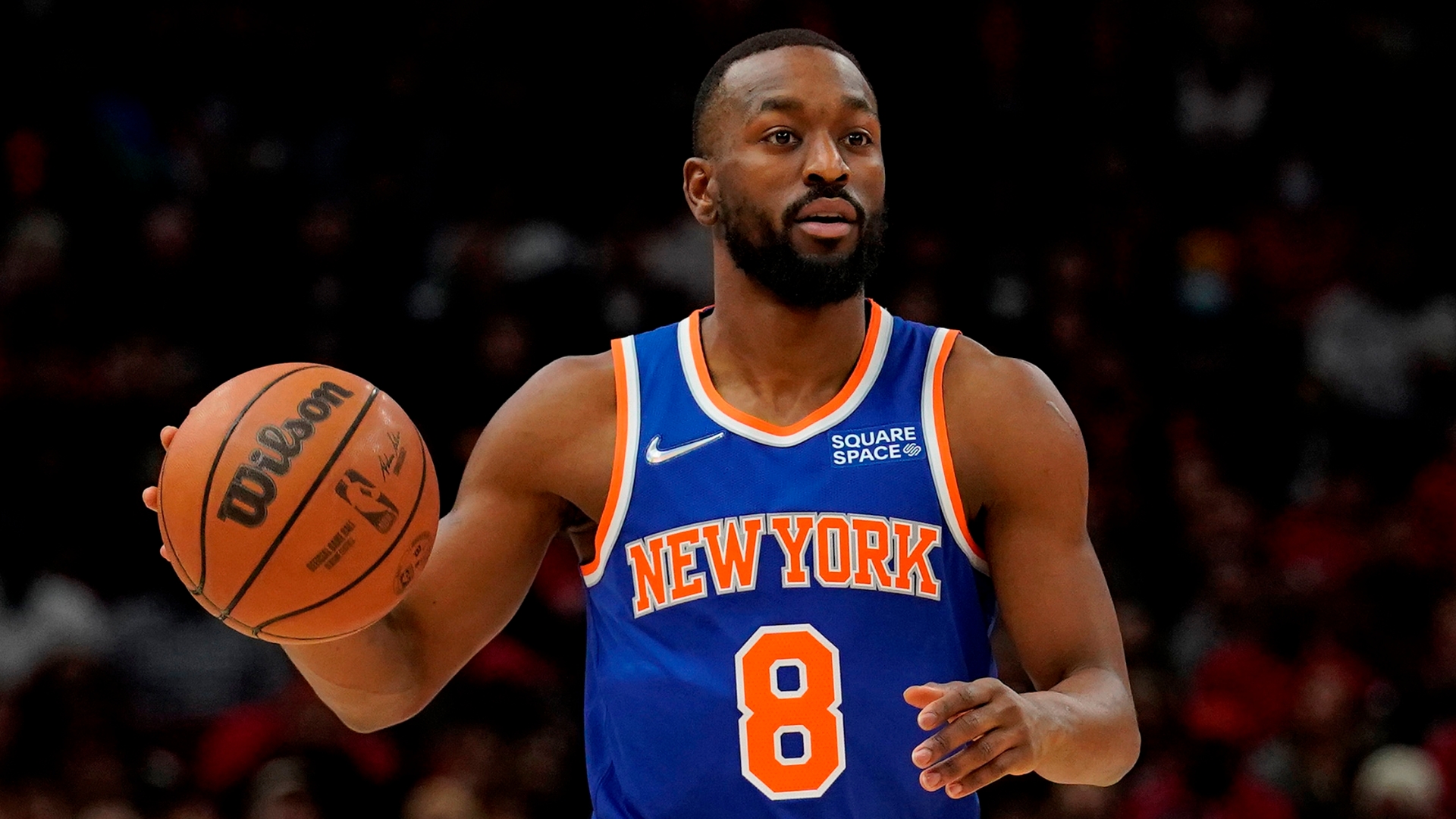 The Knicks are shaking things up.

Ahead of their matchup with the Nets on Tuesday, Knicks head coach Tom Thibodeau revealed that he’s removing Kemba Walker from the starting lineup and rotation “as of right now.”

The Knicks will start Alec Burks in place of the four-time All-Star.

Knicks coach Tom Thibodeau tells reporters that Kemba Walker is out of the rotation, and Alec Burks will remain the starting point guard.

Following a buyout with the Thunder, Walker signed a two-year contract with the Knicks in the offseason.

Why are the Knicks benching Kemba Walker?

According to NBA.com, Walker, Evan Fournier, RJ Barrett, Julius Randle and Mitchell Robinson have logged a league-leading 287 minutes together. With the five of them on the court, the Knicks have posted an offensive rating of 103.3 and a defensive rating of 118.9, resulting in them being outscored by 15.6 points per 100 possessions.

That’s equivalent to the 27th ranked offense and the worst defense in the league by a mile. New York’s all-bench unit has been far more effective.

When explaining his decision to remove Walker from the lineup, Thibodeau spoke about not liking the team’s inconsistency and his desire to get bigger.

“I just don’t like the way we’ve been trending, the inconsistency of our team,” Thibodeau explained. “We’re going to try and make a change. I want to get bigger, I want our defense to be more intact. Basically, that was it. We’ve got to do something different.”

On the second night of a back-to-back, Walker sat out New York’s win over the Hawks on Saturday, Nov. 27. In his first start of the season, Burks scored a team-high 23 points (7-17 FG), grabbed seven rebounds and dished out three assists.

“I want to tighten the rotation,” Thibodeau said. “I liked the way the team functioned, so it will be similar to what we did in the Atlanta game.”

While a demotion for Walker might come as a surprise after the Knicks added the former All-Star in the offseason, it doesn’t necessarily represent a big hit to the bottom line.

Prior to joining the Knicks, Walker agreed to a buyout with the Thunder, who acquired him in a trade that sent Al Horford back to the Celtics. Due to the buyout, Walker is no longer playing under the contract originally set to pay him $36.0 million in 2021-22 and $37.6 million in 2022-23. He agreed to give back $20 million over the course of those two years in return for the Thunder allowing him to become a free agent.

Walker then signed a two-year, $17.9 million contract with the Knicks. At $8.7 million this season, Walker is currently the sixth-highest paid player on the Knicks.

Will the Knicks trade Kemba Walker?

According to A. Sherrod Blakely of Bleacher Report, it’s believed that the Knicks will look to trade Walker.

“League sources believe Walker’s value has the potential to change as the Knicks get closer to the Feb. 10 trade deadline and teams get more desperate to add a veteran who, despite his defensive shortcomings, has shown he can still make shots, albeit in a more limited capacity,” writes Blakely.

In addition to the recently promoted Burks, the Knicks also have Derrick Rose, Immanuel Quickley and rookie Miles McBride in the backcourt. That gives the Knicks plenty of positional flexibility should they opt to move in a different direction.

Since he just recently signed, Walker is not eligible to be traded until Dec. 15.

MORE: Why Dec. 15 is the NBA’s most important date for in-season trades