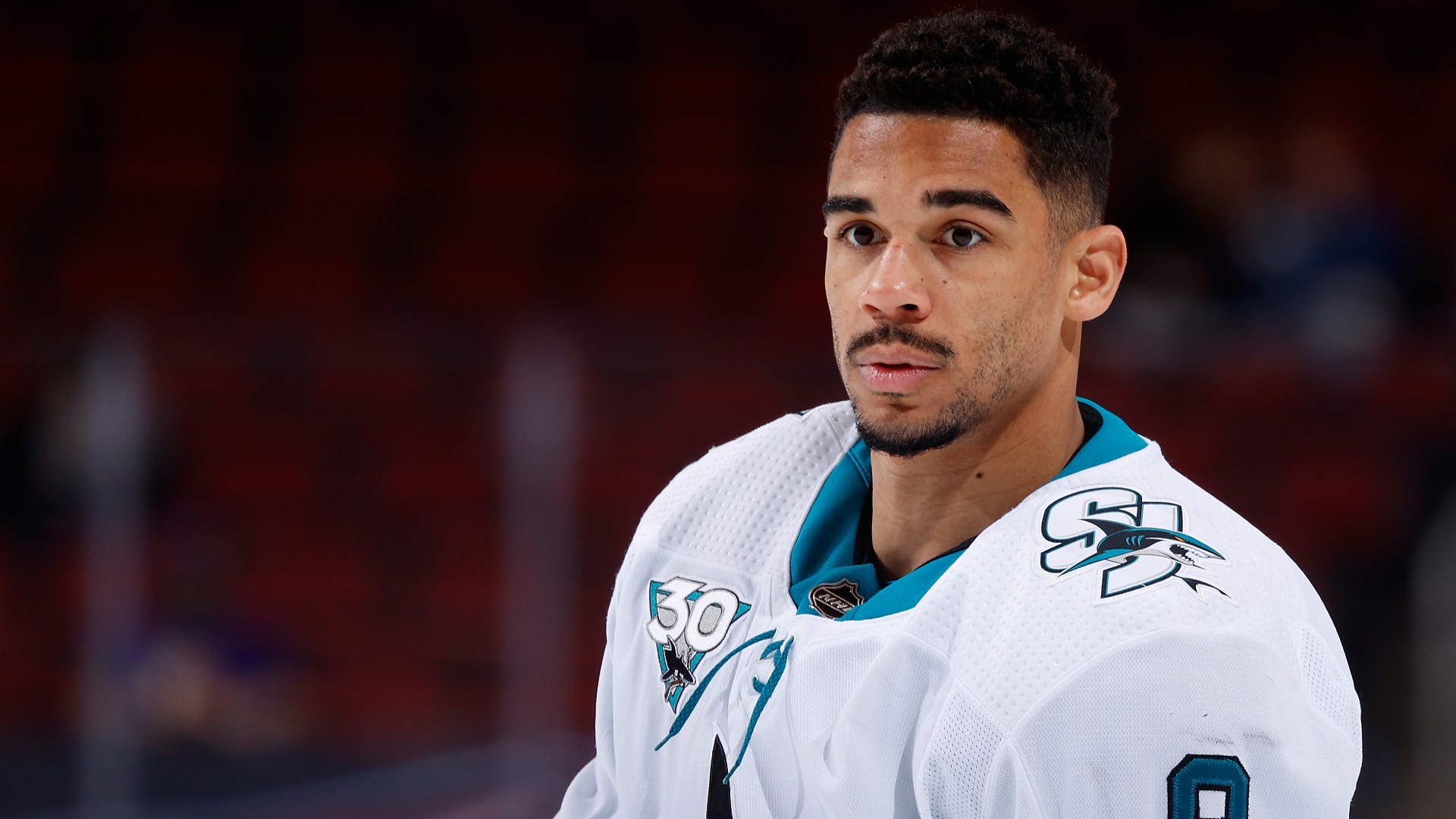 The NHL announced Monday that Sharks forward Evander Kane has been suspended for 21 regular-season games for “an established violation of, and lack of compliance with, the NHL/NHLPA COVID-19 Protocol.”

Kane’s suspension is without pay. He is not eligible to return until San Jose’s game Nov. 30 in New Jersey. Kane was scheduled to make $7 million this season in the fourth year of a seven-year, $49 million contract. He will now forfeit almost $1.7 million of that money to the NHL Players’ Association’s Players’ Emergency Assistance Fund.

Section 18-A.2 of the NHL’s CBA stipulates that players forfeit salary for every day they’re unavailable after being disciplined for off-ice conduct.

Kane released the following statement after the news broke:

I would like to apologize to my teammates, the San Jose Sharks organization, and all Sharks fans for violating the NHL COVID protocols. I made a mistake, one I sincerely regret and take responsibility for. During my suspension, I will continue to participate in counseling to help me make better decisions in the future. When my suspension is over, I plan to return to the ice with great effort, determination, and love for the game of hockey.”

The Sharks also released a statement, saying: “We are extremely disappointed by his disregard for the health and safety protocols put in place by the NHL and the NHLPA.”

Per the NHL’s COVID-19 protocols, players are not required but “strongly encouraged” to become fully vaccinated. Being unvaccinated comes with restrictions, however, such as always wearing a mask except for when on the ice and being required to maintain social distancing. Due to quarantine rules in Canada, players who are unvaccinated are unable to participate in games north of the border. Their team has the option to suspend them without pay for being unable to participate in club activities.

The NHL announced Oct. 13 that four NHL players remained unvaccinated. It is not clear if Kane is one of those four. The only active player known to not be vaccinated is the Red Wings’ Tyler Bertuzzi.

Kane was considered a non-roster player for the Sharks at the start of the season pending the investigation. On Sept. 22, the NHL announced it found no evidence to support allegations of him gambling on league games made by Kane’s estranged wife, Deanna.

“The investigation uncovered no evidence to corroborate Ms. Kane’s accusations that Mr. Kane bet or otherwise participated in gambling on NHL games, and no evidence to corroborate the allegations that Mr. Kane ‘threw’ games or did not put forward his best effort to help the Sharks win games. To the contrary, the evidence raises doubts about the veracity of the allegations,” the statement read.

At the time, the NHL also mentioned “additional unrelated allegations” that were being investigated. Per the statement, the additional allegations were related to actions toward his wife and “inappropriate behavior potentially jeopardizing the health and safety of Club members.”

On Monday, the NHL announced that “allegations of domestic abuse made against Kane by his estranged wife, Deanna, could not be substantiated.”

Kane, a veteran of 12 NHL seasons, has not been with the team thus far this season. The Sharks are his third NHL team. Last season he had 49 points in 56 games. Kane has been suspended a number of times before, totaling 10 games. Three of those games were for abuse of an official in 2019 and one was for a violation of team rules with the Sabres in 2018.