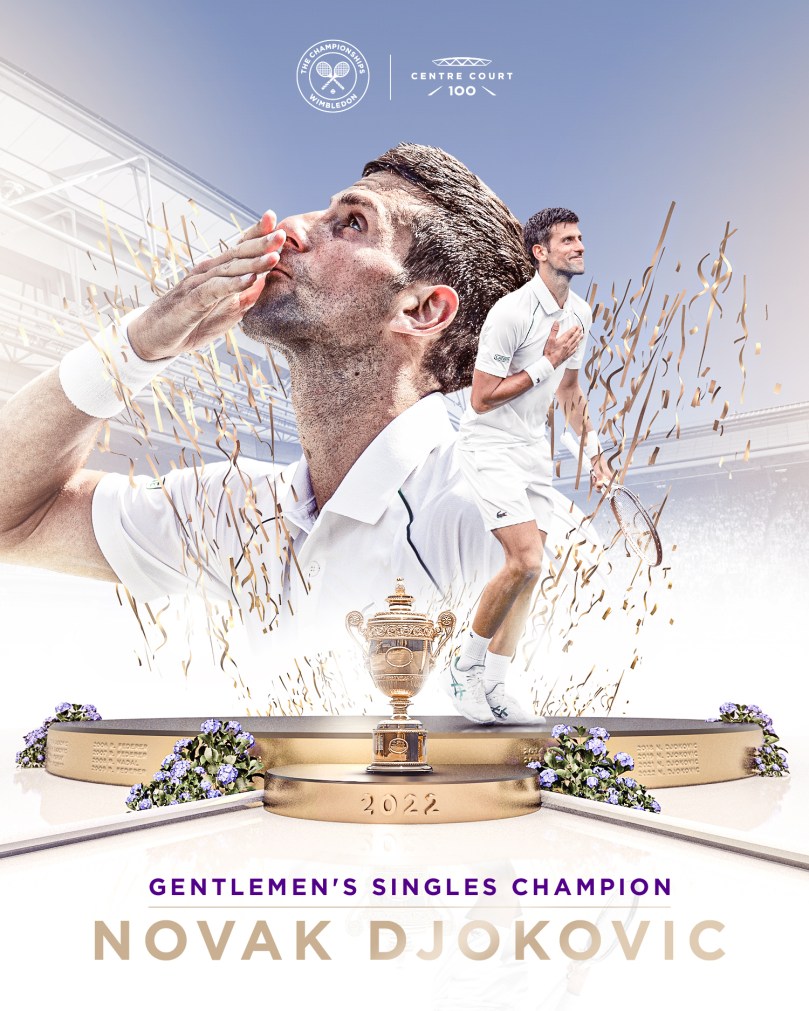 A champion’s interview which had a bit of everything 😀

Hear from @DjokerNole, after collecting yet another Wimbledon title#Wimbledon | #CentreCourt100 pic.twitter.com/v7sqCl7VPD

The 35-year-old Serb is now one Slam ahead of Federer in the all-time race and just one behind Rafael Nadal’s record of 22 majors.

He is also just the fourth man in the Open era to win four successive Wimbledon titles after Federer, Sampras and Bjorn Borg. Kyrgios was seen yawning at the top of the All England Club stairs as the players made their way onto Centre Court.

But there was no lethargy when the final began as Djokovic, playing in a men’s record 32nd Slam final, was blown off court by his 27-year-old opponent making his maiden bow.

Kyrgios raced through the first set, breaking in the fifth game and taking the opener with his seventh ace of the contest.

Along the way, he showcased one underarm serve, a “tweener” and impeccable behaviour.

Djokovic, renowned as the best returner in the game and undefeated at the tournament since 2017, managed to win just four points off the Kyrgios serve.

It was the third match in a row at this Wimbledon that the 35-year-old had dropped the first set.

Djokovic won a lung-busting 23-shot rally in the third game of the second set and immediately broke for a 3-1 lead.

It was the cue for Kyrgios’s first dark mutterings of the afternoon.

Kyrgios then saw four break points slip away as Djokovic levelled the final by taking his first set off the Australian in three meetings.
World number 40 Kyrgios saved two break points in the opening game of the third set. 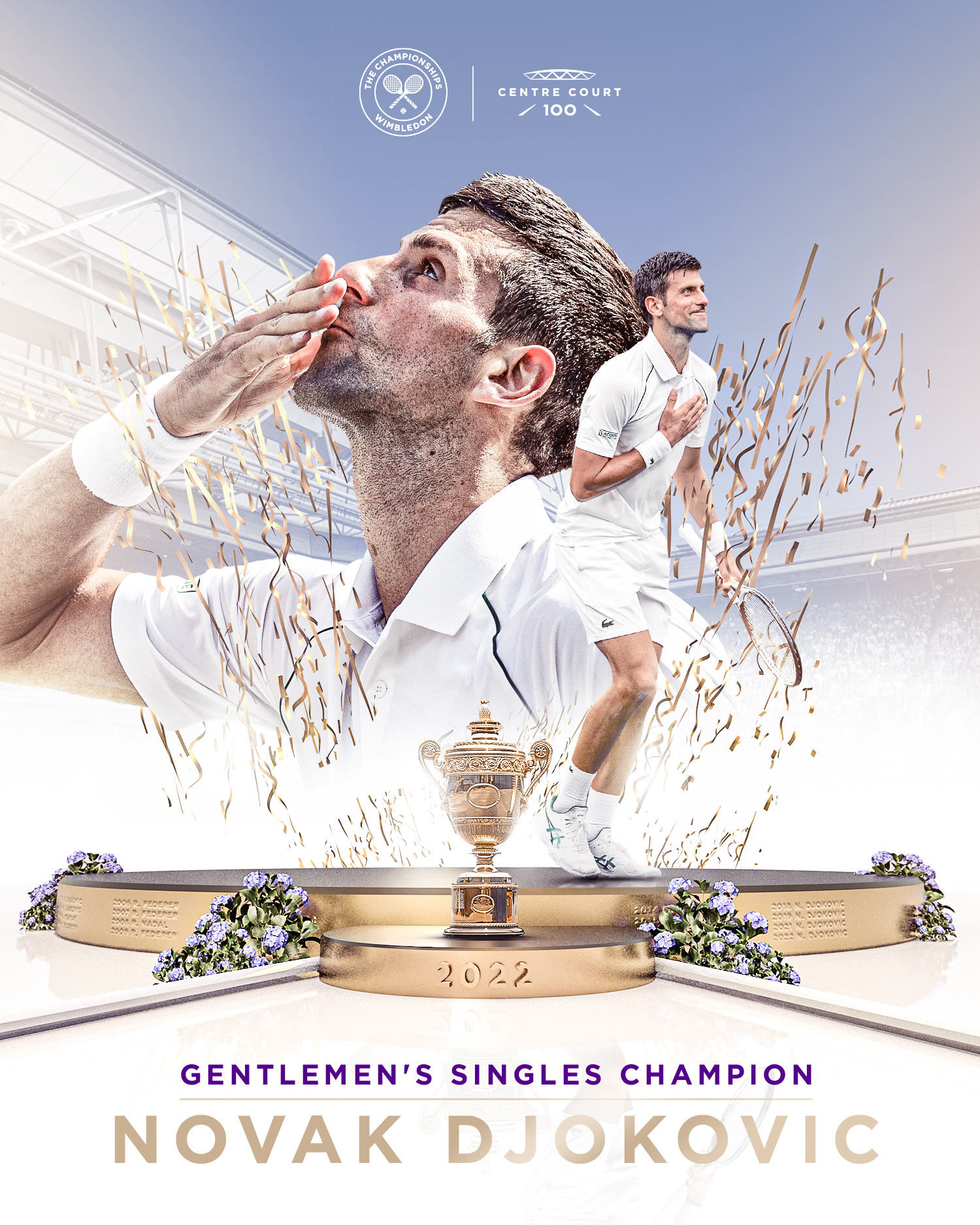 There was a brief stoppage in play when a protestor was ejected from the stadium for shouting ‘Where is Peng Shuai?’ in reference to the welfare of the Chinese women’s tennis star.

Kyrgios was further unsettled when he demanded a fan be removed from the crowd for distracting him in his serve.

“It’s the woman who looks as if she’s had 700 drinks, bro” he told umpire Renaud Lichtenstein.

His afternoon threatened to unravel completely when he was broken from 40-0 up in the ninth game, fuming and swearing loudly at his team in the player’s box.

Djokovic, with only two unforced errors, happily pounced for a two sets-to-one lead. As Kyrgios continued to remonstrate with himself and his supporters, Djokovic strolled to victory, wrapping up the title with a convincing tiebreak.