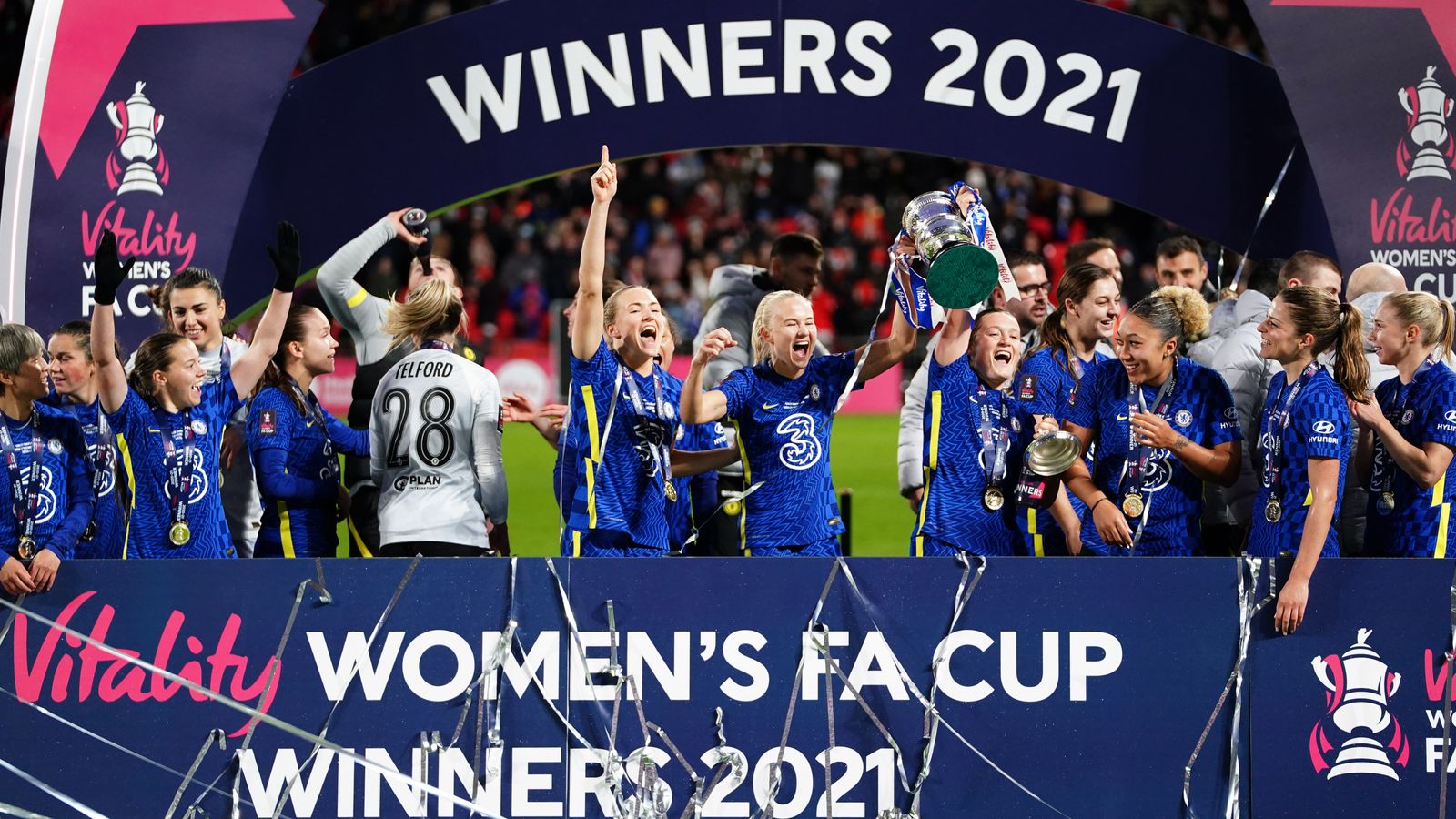 FA Cup holders Chelsea have been drawn to play Women’s Super League (WSL) rivals Aston Villa in the fourth round of the competition, while Manchester United and Manchester City will face third-tier opposition.

Villa will host Chelsea – who beat Arsenal in the delayed 2020/21 final earlier this month – in one of three all-WSL ties.

The others will see Tottenham play Leicester and Reading travel to Brighton.

Arsenal, who have won the Women’s FA Cup a record 14 times, will host London City Lionesses.

All fourth-round fixtures will take place on January 30, while the final will be played at Wembley on May 15.