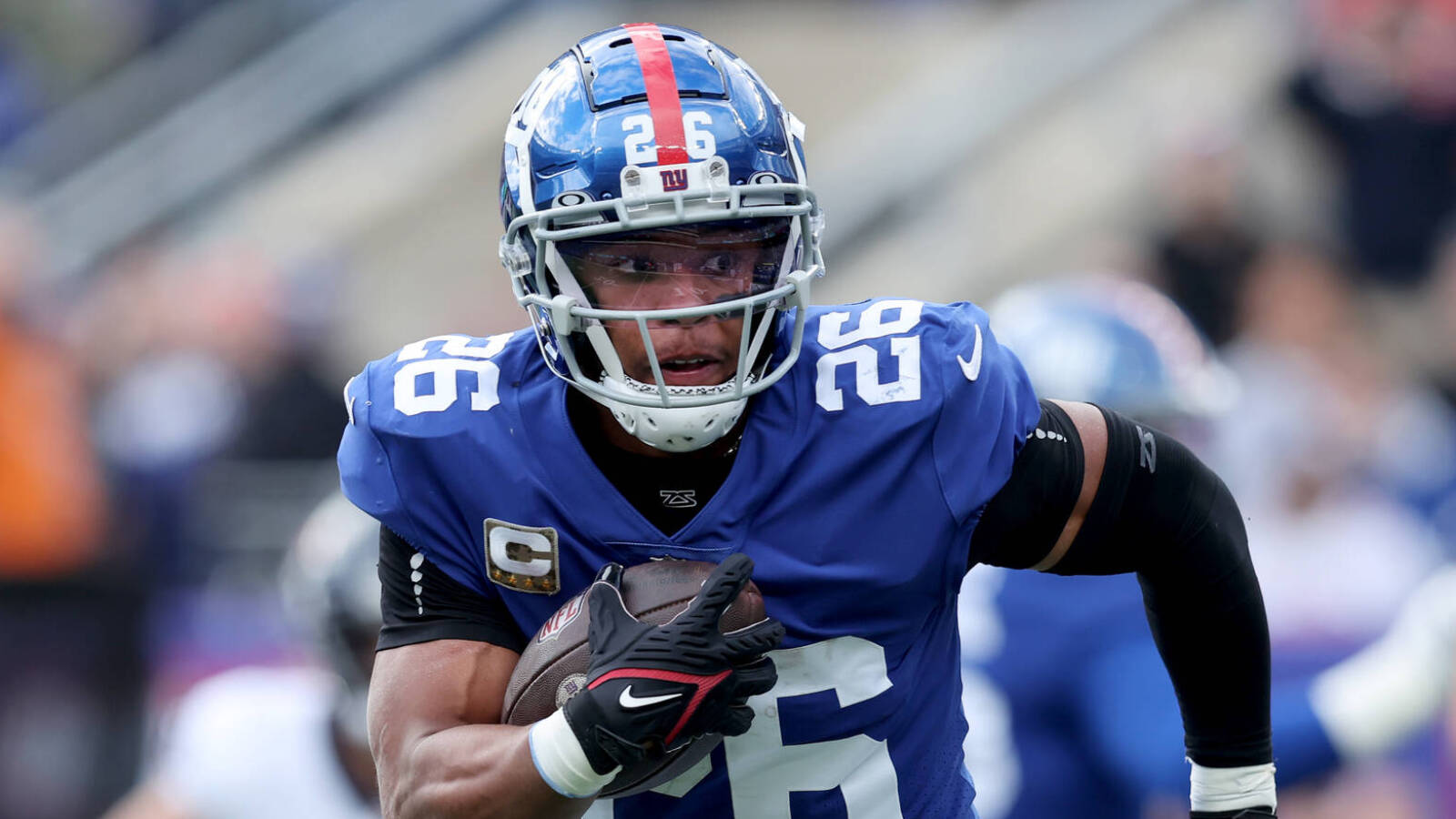 ESPN’s Bill Barnwell has suggested fans may need to be worried about New York Giants running back Saquon Barkley.

After Barkley accumulated 152 rushing yards and a touchdown on 35 carries in the 24-16 win over the Houston Texans on Nov. 13, the Detroit Lions held the 25-year-old to just 22 rushing yards on 15 attempts as they cruised to a 31-18 victory at the Giants on Sunday. For a piece published on Monday, Barnwell offered some statistics to explain why he is “at least a little concerned about (Barkley’s) workload” heading into the closing stretch of the season.

“This week, after the heavy workload, Barkley’s efficiency cratered,” Barnwell wrote. “Yes, the Lions did load up the box, as Barkley faced a blocking deficit on 46.7% of his carries (up from his prior average of 29.3%). The NFL Next Gen Stats model attempts to account for the added defenders to estimate what an average back would do in the same situation, though, and Barkley still underperformed. The 22 rushing yards he gained on 15 carries was 38 fewer than what an average back would have gained on the same attempts, the worst mark for any running back in football this week. Barkley had posted 176 rushing yards over expectation over his prior nine games, so he had been productive in the eyes of the model before this point.”

As noted by ESPN stats, Barkley began Monday second in the NFL this season with 953 rushing yards and 213 carries. The Football Database website shows Barkley came out of Sunday’s Week 11 action fourth in the league with 1,163 yards from scrimmage.

Despite Barnwell’s take, the 7-3 Giants likely will have to lean on Barkley more than ever between the Thanksgiving Day game at the 7-3 Dallas Cowboys and Week 18. Big Blue lost rookie wide receiver Wan’Dale Robinson to a torn ACL on Sunday, had Sterling Shepard go down with a similar injury in September, traded Kadarius Toney to the Kansas City Chiefs late last month and continues to get little out of veteran Kenny Golladay.

Golladay caught two passes for 29 yards against Detroit and now has four receptions for 51 yards on the campaign.