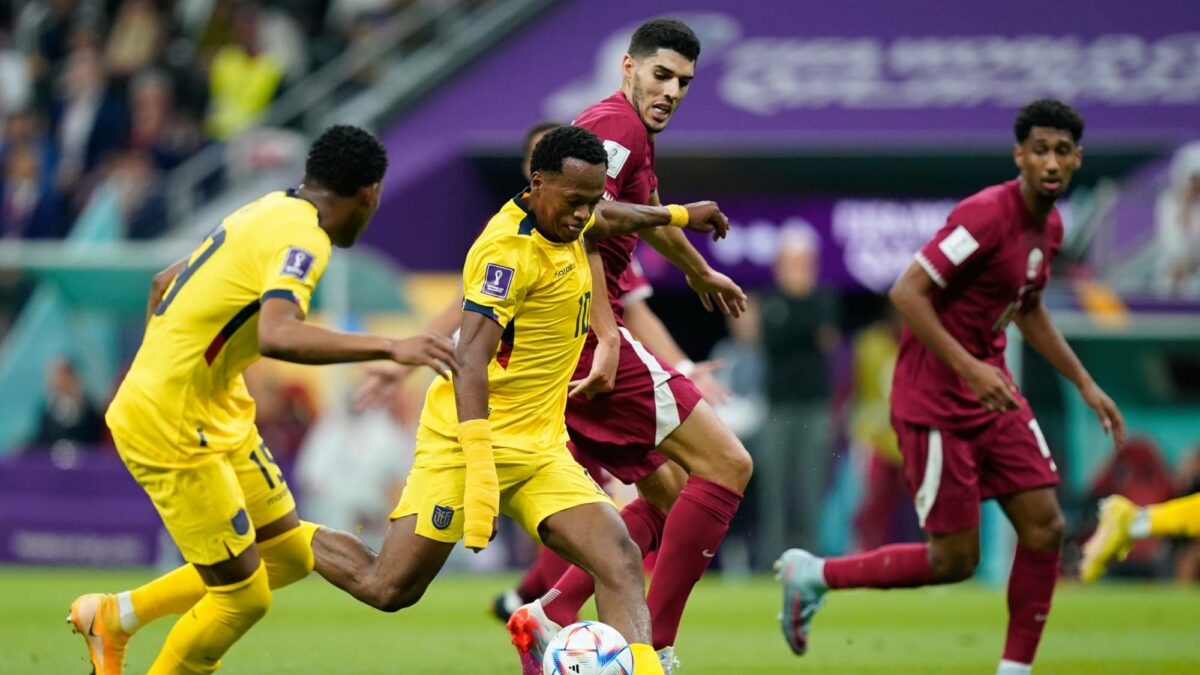 DOHA – The 2022 FIFA World Cup kicked off with an incredible opening ceremony at the Al Bayt Stadium as fans from across the globe came together in the name of football to celebrate the world game.

The game that followed, initially slated for the following day until tradition intervened, delivered a one-sided first half where Ecuador threatened to run riot. A second half that couldn’t live up to the opening 45 offered no solutions as to who will win the group and indeed the Qatar public weren’t going to hang around to find out as the stadium emptied well before the final whistle sounded.

The Al Bayt Stadium, a structure resembling the traditional tent of the nomadic people of Qatar, is the furthest stadium from the main hub of Doha, and the journey time from the centre of the city, including a change from metro to bus and a lengthy walk, was quite a proposition for the multi-cultural sets of fans who attended.

The wind was blowing hard as the temperature climbed, but once in the stadium precinct, the colours and sounds of the crowd were bringing a carnival atmosphere to the occasion.

The hundreds of volunteers and hundreds of buses were coordinated in synch and did a fabulous job getting the crowds to the stadium from Lusail, a new suburb boasting a stadium as impressive as the one at today’s ultimate destination. After passing through a full security check – pockets emptied, body scanned with a handheld metal-detector, as well as Hayya card and ticket checks – the fans were in the zone.

the late exclusion of alcohol from the short list of things to do pre-game made for a strangely subdued pre-game outside the stadium; fans in full Qatari unform of white gown and impressive head-dresses intermingled with fans of all different countries, the Dutch as always lending a touch of orange and the Senegal fans in full techni-color.

The sun setting over the media centre was the sign to enter the stadium in the hope of good food and beverage options – alas, with no hot food available and a severely limited selection of soft drinks, this was not quite the experience that we have grown used to when a new stadium is born.

The appearance of the Sheik Tamim bin Hamad al-Thani to the not-so-big big screens were the source of the biggest cheer in the lead up to the opening ceremony itself. David Beckham was there, before the unmistakeable voice of Morgan Freeman introduced the spectacle and he strolled on stage to kick off a World Cup story of fireworks and lights. 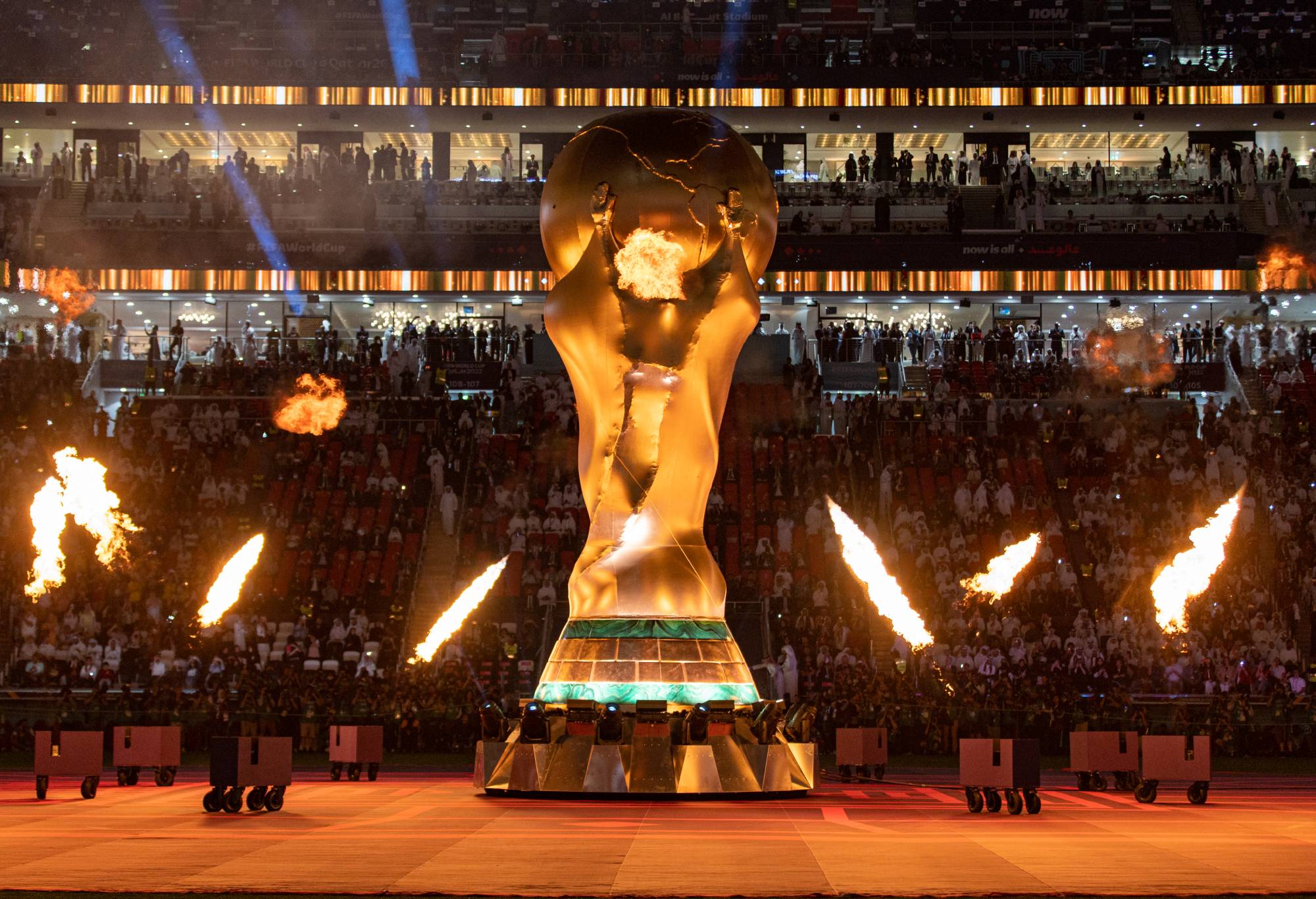 The “Now is All” slogan was the war cry and there was genuine fever in the stadium. The unsuccessful search for stadium food continued as the giant inflatable World Cup was deflated and packed away forever; the men’s bathrooms didn’t have urinals, there was mass praying in the space next to the fans queueing for Coca-Cola.

This was a scene of contrasts, but also a scene of two worlds co-existing comfortably, the pristine white of the Qatari national dress punctuated by the colour of visiting fans from around the world.

The unexpected scene of a full bank of active Qatari fans jumping and chanting behind the goal was a joy to see; whether or not it was choreographed or even incentivised didn’t matter – this was good viewing, and with the loud and lively Ecuador fans primarily at the opposite end of the stadium, there was a genuine football atmosphere. The theme of bringing back all the previous world cup mascots for a party was a fun idea and the cheeky Qatar 2022 mascot La’eeb was everywhere.

When the football began, everyone watching held their collective breath as VAR ruined a fabulous opening goal from Ecuador with the most tenuous of decisions that would never have been picked up by the naked eye.

That set the scene for an onslaught by the South Americans, and they quickly had redemption as Enner Valencia stroked home a penalty and then notched a precision header from a flowing move to send Ecuador into an early two-goal lead. Luckily VAR didn’t intervene to pick up an early foul in the move. A late Qatar chance at the end of the half, when any sort of meaningful touch to a header could and should have resulted in a goal, did serve to remind us that this was not a foregone conclusion.

The second half was a stop-start affair. Ecuador threatened to extend their lead, and it was only in the last five minutes that we saw a real threat from Qatar, a Tim Cahill-esque shot on the half-volley just clearing the bar.

By this time, a goal for the hosts would have met with muted celebration with the home fans teeming out of the stadium; this was a suggestion that perhaps the home fans weren’t fully invested in the football, the home active fans bouncing and singing as their compatriots flooded out of the stadium around them. There were olés from the visiting fans as their team kept possession to kill the game and the match was over as a contest.

The final whistle brought to an end a disjointed contest and was the signal for the remaining home fans to disappear before the players had left the field. 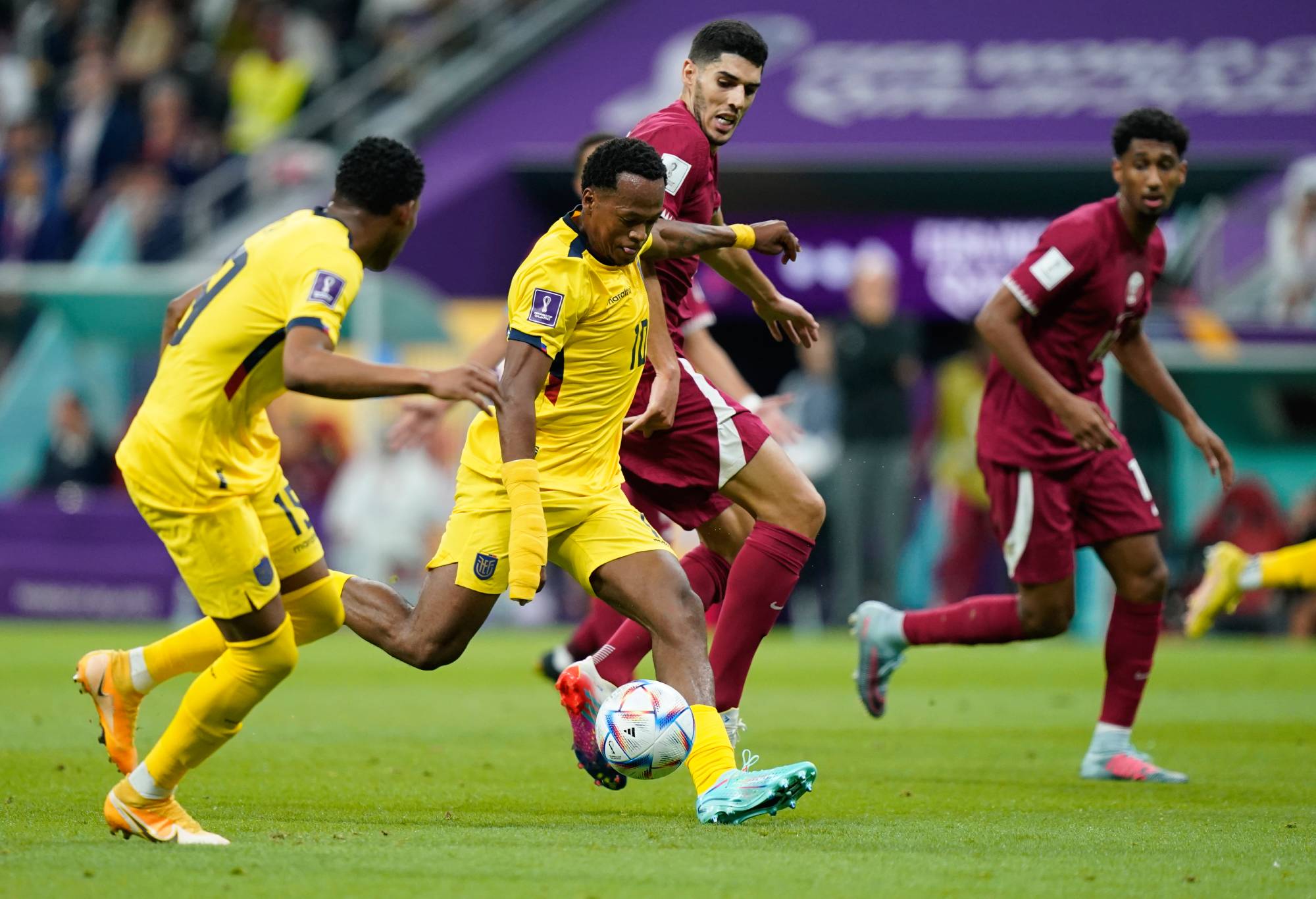 Ecuador midfielder Romario Ibarra (10) takes the ball down field against Qatar during the opening match of the FIFA World Cup 2022 at Al Bayt Stadium in Doha, Qatar on November 20, 2022. (Photo by Jabin Botsford/The Washington Post via Getty Images)

The mood outside the stadium was sombre. The fan festival was trying to create an atmosphere, but it was in the face of the hosts having lost and the general exhaustion of the international fans, many of whom having arrived in the previous 48 hours, and who faced a long return journey via foot, bus and metro to their respective bases in Doha. The lack of alcohol to facilitate that atmosphere was also a factor, whether we like it or not.

Tonight had definitely been a spectacle. The stadium was spectacular, the opening ceremony was appropriate to the tournament, and even Gianni Infantino got it right this time, keeping his speech short and to the point.

The host nation will be disappointed with the result on the field, the lack of food and drink options in and around the stadium was an issue that needs to be addressed, but the years of planning and the frantic construction of the infrastructure to host the World Cup passed the test. The World Cup is underway. Let the games begin.