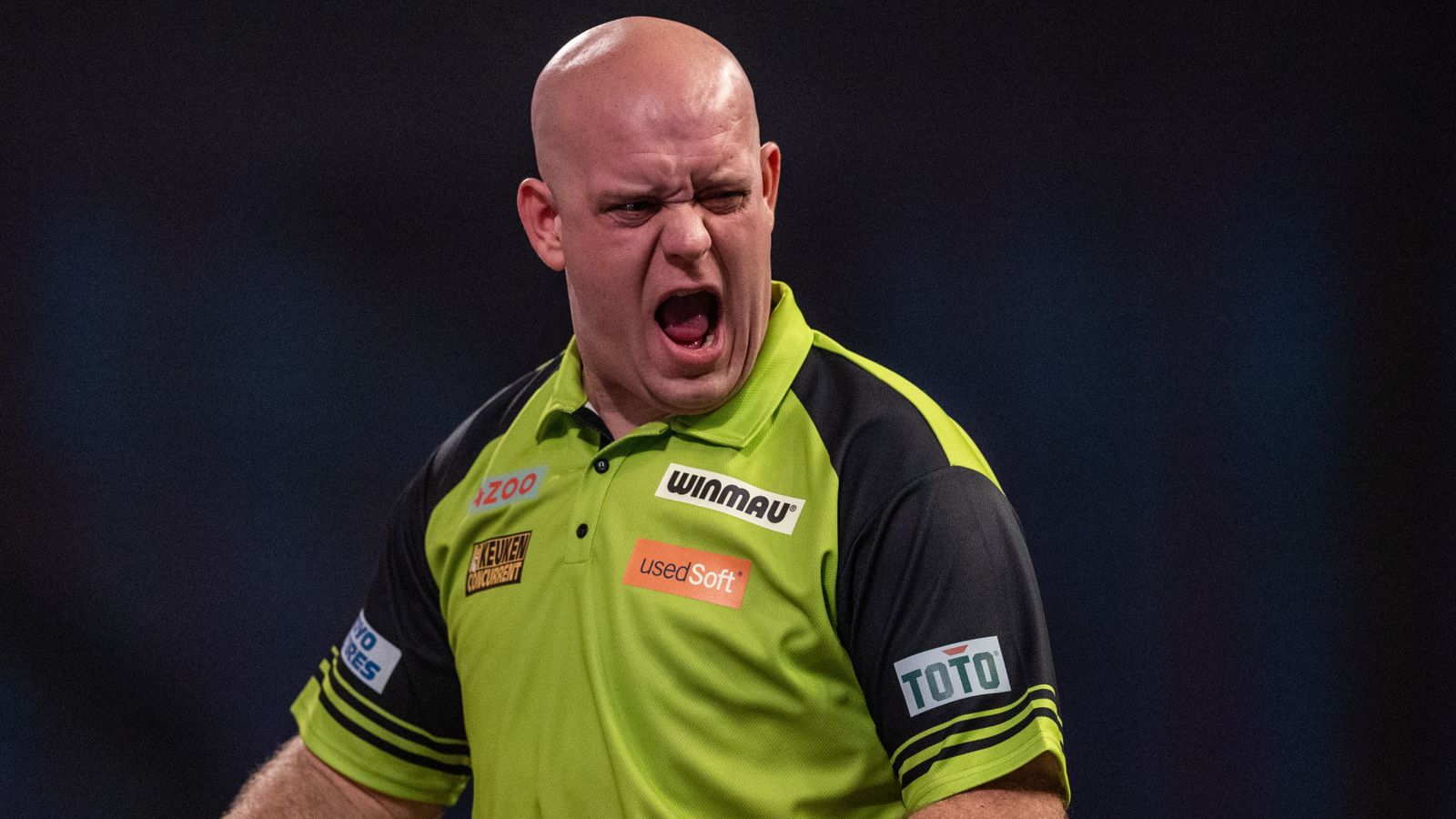 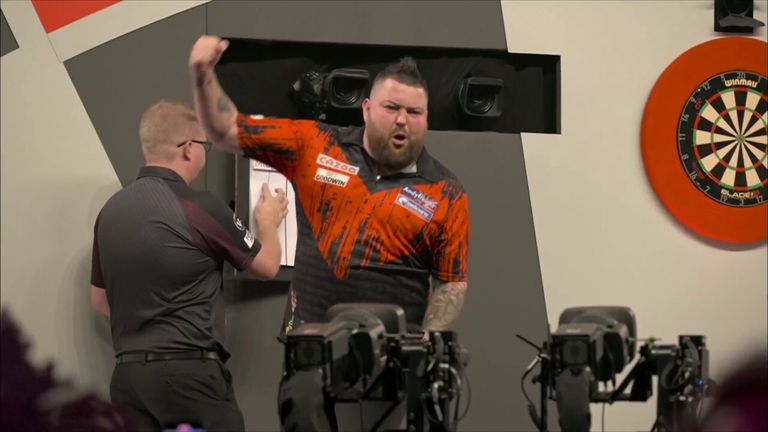 Title favourite Michael van Gerwen was forced to produce some astonishing arrows to edge out Mensur Suljovic in a World Darts Championship epic on Wednesday night.

In a game of unrelenting drama and remarkable finishing from both players, Van Gerwen stayed on course for his fourth world title and first since 2019 by claiming a 4-2 win in a classic encounter against the Austrian world No 30.

Meanwhile, fourth seed Michael Smith kept alive his hopes of winning a maiden world title by battling back from 3-1 down to defeat German No 2 Martin Schindler 4-3. 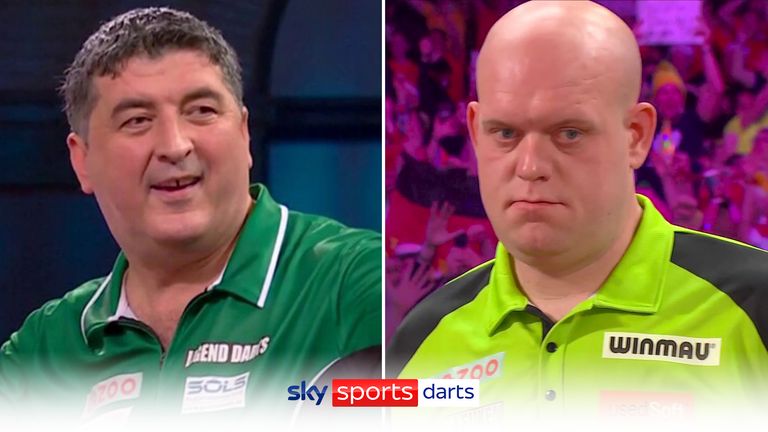 Van Gerwen and Suljovic went toe-to-toe from the off but it was the Dutchman who produced a top-notch opening set to take it in a deciding leg with three 180s and a staggering 110.77 average, although his opponent wasn’t too far behind at 103.13.

Suljovic surged into a two-leg lead in the next before MVG hit back with a classy 101 checkout. He then levelled up with a superb 11-darter. The deadly Dutchman soon opened up a 2-0 advantage thanks to a neat 64 two-dart combination, ending with a sensational 121.33 set average. 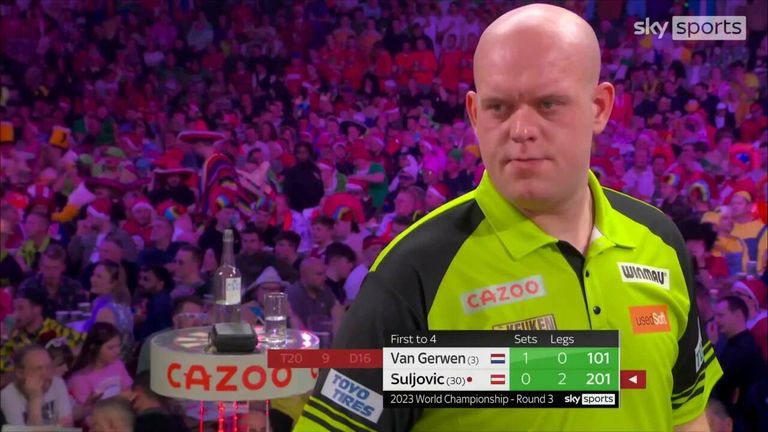 MVG took out this spectacular 101 checkout in the second set

MVG took out this spectacular 101 checkout in the second set

Those astronomical numbers dipped significantly in the next, but it was the Austrian who responded magnificently to halve the deficit with a 3-1 set score.

Van Gerwen quickly re-established his advantage, kicking off the deciding leg with back-to-back 180s and converting double 16 for a 12-darter to move two clear.

In a sensational deciding leg of the fifth set, Van Gerwen opted out of a shot at the bull on a 121 for the match allowing Suljovic to nonchalantly pin a mind-blowing 161 checkout to clinch the set and keep the contest alive. “He’s not gone for it. He thinks someone averaging 101 over five sets is not gonna take out 161.”

However, ‘Mighty Mike’ delivered in the sixth set to come out on top 4-2 with a 107.66 average and 12 180’s to reach the last 16 where he will meet the winner of the match between Dirk van Duijvenbode and European Champion Ross Smith. “I had to play really well. I haven’t seen Mensur playing this well for a long time. It didn’t expect this, but on the other hand it also makes it a good game. It was tense, there was some good darts – it was amazing. I won the game, and I think that’s the most important thing. I feel comfortable, so I hope I can do some more damage in this World Championship”

In another thrilling encounter, diminutive German Schindler broke in the deciding leg of the opening set in 13 darts to take an early lead, but Grand Slam champion Smith responded by reeling in the biggest finish of the lot – a 170 – en route to a whitewash set to level things up.

An 88 checkout for an 11-darter enabled ‘The Wall’ to clinch the third set and he landed a 128 checkout on his way to establishing a 3-1 advantage. 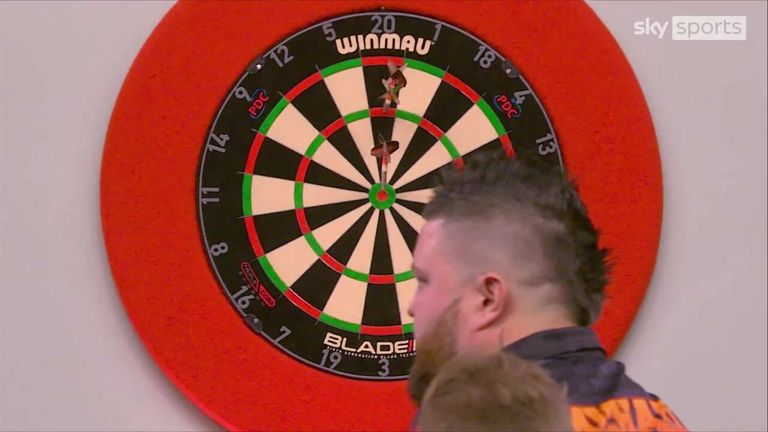 Smith reeled in a humongous 170 finish against Schindler which was just the second ‘Big Fish’ of the tournament!

Smith reeled in a humongous 170 finish against Schindler which was just the second ‘Big Fish’ of the tournament!

A crucial third 180 and a 72 finish saw Smith edge a nervy fifth set in a decider to close the gap before a timely 114 finish helped ‘Bully Boy’ level things at 3-3.

Smith, one of the title favourites, completed an astonishing comeback and deny Schindler in front of a large German following by winning the deciding set 3-1 to seal a 4-3 victory in a nail-biting tussle to set up a last-16 clash with Joe Cullen.

“It was backs against the wall, the point of no return, but luckily enough I manage to overcome it,” admitted the 32-year-old.

Cullen produced a standout performance as he stormed to a 4-0 whitewash against Damon Heta with a 98.09 average and five 180s to reach the last 16 for the second time in his career.

“I don’t think that was a classic by any sense, but it was a really steady performance for the last 32 and I can’t wait for the last 16,” said the Yorkshireman, who has now beaten the ‘The Heat’ all three times on TV this year. 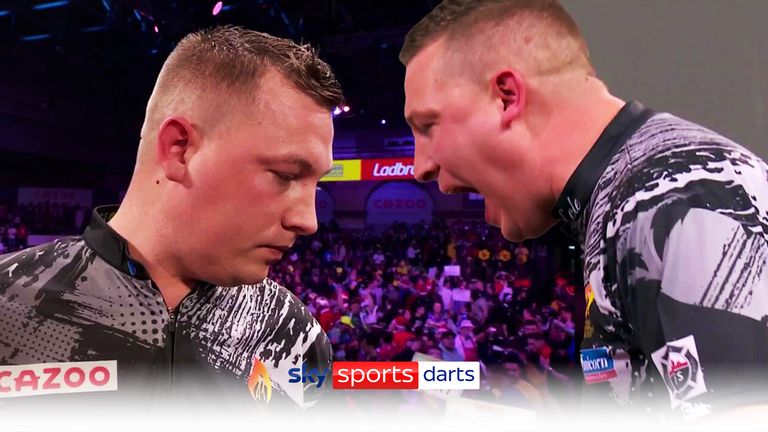 In Wednesday’s afternoon session, ‘Hollywood’ Chris Dobey recovered from a set down to knock out two-time world champion Gary Anderson 4-1 with eight 180s and a 95.3 average to make it through to the last 16 for the fourth time in five years.

Pre-match favourite Anderson, who lifted the trophy in 2015 and 2016, was on course for his 50th tournament victory at the venue after taking the opening set.

But the Scotsman surrendered the early advantage and crashed out, having irked his former protégé mid-match.

“Gary said something to us in the last break and I didn’t like it, so there was no way he was winning that game after that,” 32-year-old Dobey said.

“It kind of annoyed us. But I came out, the man I am, I tried to forget about it. He’s a class lad but I didn’t agree with what he said.

“I’m not going to say (what he said), it was just something I didn’t like. He’s one of the big names in darts and he has been for a while, so it’s a massive win.” 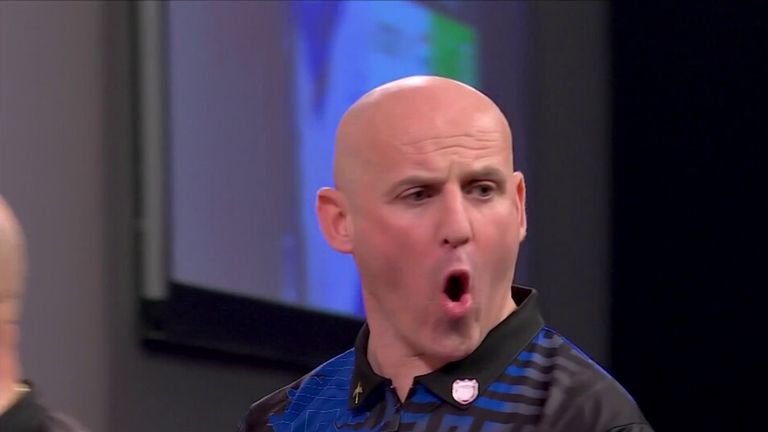 ‘Soots’ produced one of the best wins of his career, which included a superb 130 finish, and he will now take on Germany’s Gabriel Clemens in the last 16 on Friday afternoon.

“He’s world number nine, provisionally number eight, and probably a Premier League player, so for me to beat guys like that I love it, I absolutely love going toe-to-toe and taking people on,” said Soutar.

“I’m unseeded and I will keep knocking out seeds, let’s try.” Portugal’s Jose de Sousa sparked an afternoon of comebacks and upsets in north London by overturning a 3-0 deficit to defeat Ryan Searle 4-3 and set up a meeting against Gerwyn Price on Thursday night. 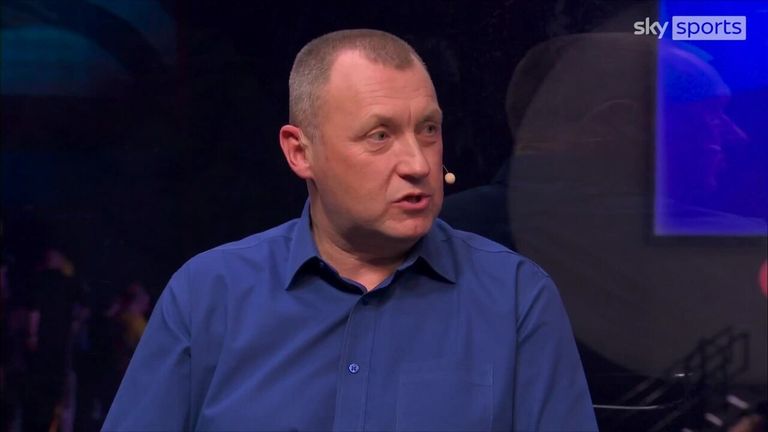 ‘One of the best nights I can remember!’ Wayne Mardle looks back at an incredible night of darts at Ally Pally

‘One of the best nights I can remember!’ Wayne Mardle looks back at an incredible night of darts at Ally Pally European champion Ross Smith is first up on the stage when he takes on rapid-fire Dutchman Dirk van Duijvenbode, while former world champion Rob Cross is also in action.

Dave Chisnall faces Stephen Bunting in the St Helens derby before ‘Cool Hand’ Luke Humphries closes the third round in the opening match of the evening session.

Then it’s the meeting of world No 1 Price and De Sousa with Jonny Clayton facing darting sensation Josh Rock in the fourth round.

The third and fourth rounds are being held from December 27-30, before the quarter-finals, semi-finals and final take place from January 1-3.

Watch the 2023 PDC World Darts Championship – live on Sky Sports Darts – all the way through to the final on January 3.