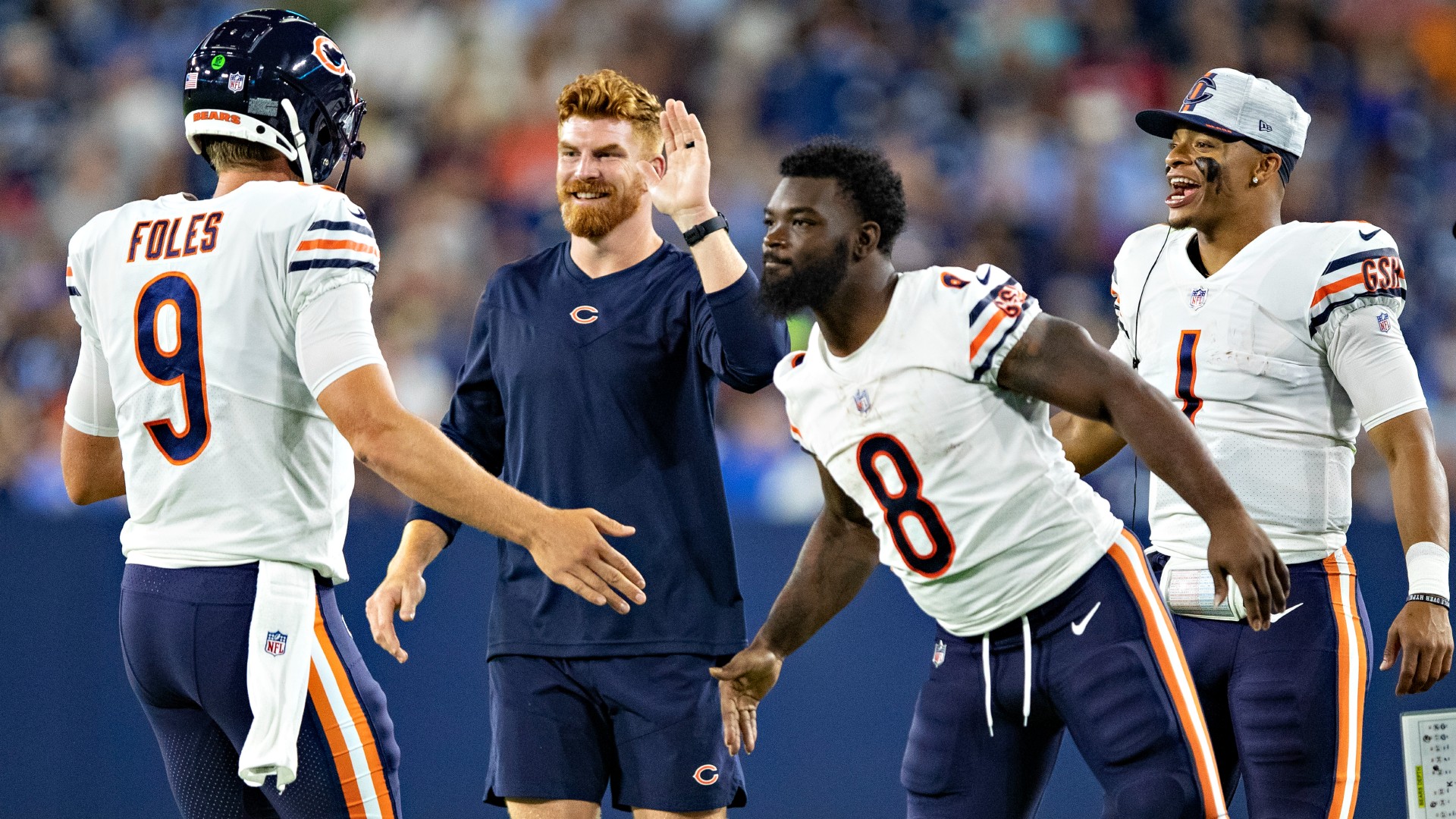 The Bears’ quarterback carousel continues to turn. They have already started two players at the position in 2021 through three games — Andy Dalton and Justin Fields. Now, it’s anybody’s guess who will start in Week 4.

Chicago coach Matt Nagy wouldn’t rule out any of the three quarterbacks starting. That includes Nick Foles, who served as the team’s third-string quarterback to begin the season.

NFL PICKS: Against the spread | Straight up

It seems that injuries are affecting Nagy’s decision. Dalton is dealing with the after-effects of a bruised left knee. Meanwhile, Fields had X-rays on his hands after suffering an apparent injury against the Browns. Fields insisted after the contest that he was “fine,” so Nagy may just be taking a cautious approach; he admitted that he is watching Fields and Dalton closely.

“All three (quarterbacks) are under consideration right now in regards to where they’re at, so we’ll just kind of have to see in the next couple days where they’re all at,” Nagy said. “We know where Nick’s at, health-wise, but we just want to keep an eye on Justin and Andy. Then, for us to stay on that and make sure that we have a plan for any of those.”

It’s worth wondering just how careful Nagy will be. Could he consider starting Foles over Fields if he’s not confident in Fields’ hand? It’s a possibility.

Nagy referenced wanting to put Fields in a position to succeed on the field. Perhaps he will reconsider playing the rookie after his offensive line allowed nine sacks against the Browns, though he was pleased with how Fields practiced.

“I loved his preparation (leading up the game),” Nagy said. “I think he learned a lot through the week of practice that we had. I think he got better every day. And again, one of the things that we talked about for him moving through this process that he’s going to go through is that there are going to be highs and lows.

“Now that was a low, a really low deal there. So we want to make sure that we’re doing everything we can to put him in situations to where he’s having success. And I think that Justin’s positivity, Justin’s determination to be great, he’ll be able to bounce back from something like this because of all the things that I’ve already said.”

NFL POWER RANKINGS: Rams on the rise after win over Bucs

Still, it seems that Fields has Nagy’s confidence, so he should still be favored to start over Foles, provided that his hand is OK.

That said, the Bears’ quarterback decision will be further muddled if Dalton returns from his knee ailment. So until we know more about the injury report, it’s anyone’s guess as to who Nagy will start against the Lions. Don’t rule anything out just yet.