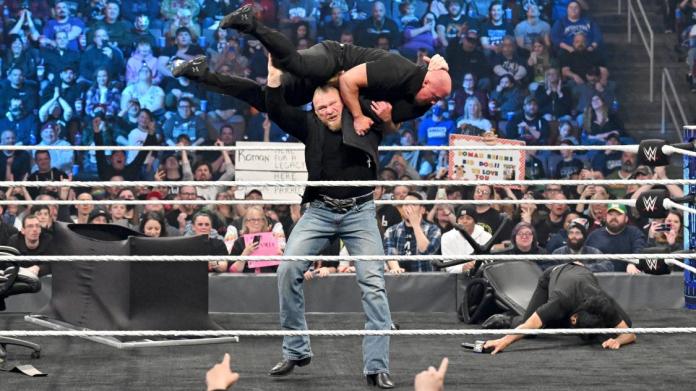 WWE Smackdown Results March 12, live blog : In a quest to move one step further in the build-up of Wrestlemania 38, two matches have been announced for this Friday night. The New Day (Kofi Kingston and Big E) vs. the team of Sheamus & Ridge Holland.

WWE SmackDown Live Blog: A Raw recap is played of Kevin Owens calling out Stone Cold Steve Austin as we head into a commercial break. We are back from the break and we are in Texas with Stone Cold.

Austin thanks Owens for waking up something that slept in him for 19 years. Austin promises to open one last can of Whoop a** on Kevin Owens.

Sheamus and Ridge Holland vs New Day: After last week’s humiliation, The New Day attack Sheamus and Holland right away to start the match. The New Day regain control as we return from a commercial break.

Kingston connects with a boom drop and then delivers an SOS. A interference from Butch helps Sheamus connect with a brouge kick. Sheamus pins Kingston for the win.

We kick things off with The Beast Brock Lesnar. The WWE Champion looks in no mood for fun and games today. The Champ enters the ring picks up the microphone and says he is here for blood tonight.