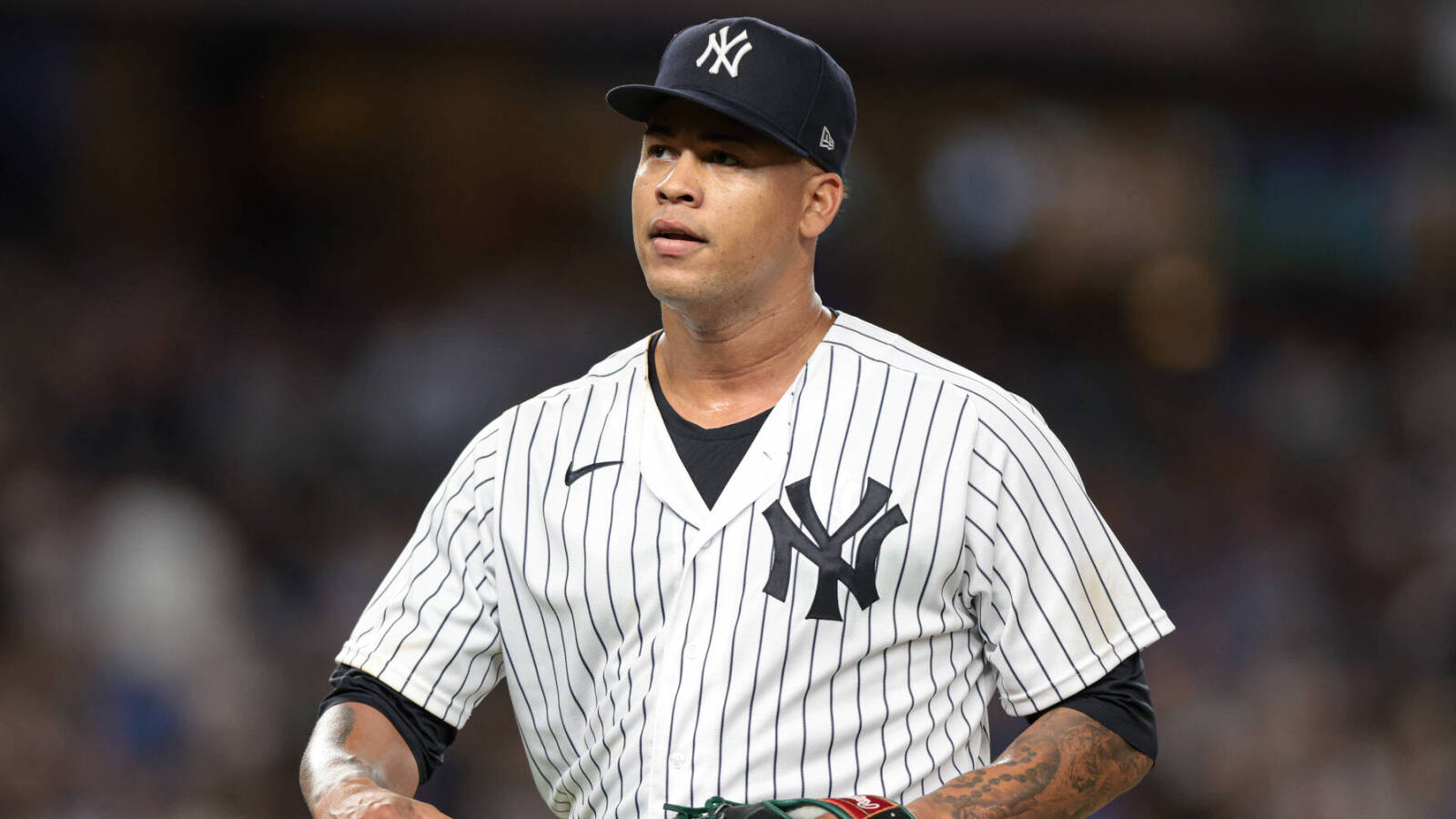 The Yankees announced that right-hander Frankie Montas has been placed on the 15-day injured list, retroactive to Sept. 17, due to right shoulder inflammation. In a corresponding move, outfielder Harrison Bader was reinstated from the injured list, a move that was previously reported.

Montas, 29, was acquired from the A’s just prior to the trade deadline in early August. He dealt with some shoulder inflammation in July and ended up missing just over two weeks. He received a cortisone shot and returned to make two more starts for the A’s before the deadline. The Yankees were evidently satisfied enough with the results to go ahead and pull the trigger on the deal.

Unfortunately, the move to the Bronx hasn’t gone smoothly for Montas so far. Though he had a 3.18 ERA at the time of the trade, he’s registered a 6.35 mark since donning the pinstripes. His 25.8% strikeout rate with Oakland has been replaced by a 17.8% mark with the Yankees. It’s possible that the shoulder issue is playing a role in all of this, as his fastball velocity dipped in July, perked back up in August, before dipping again here in September. Montas tells Marly Rivera of ESPN that the current issue is similar to what he experienced last time, and he received another cortisone shot. Manager Aaron Boone spoke to the media (video from Rivera) and said that Montas will be shut down from throwing for about 10 days and could still ramp back up for starter’s work in what’s left of the season.

The last time Montas went down this path, he pitched on July 21, his first start since July 3. In that return start, he threw 53 pitches over three scoreless innings. He followed that up with 78 pitches over five innings on July 26 and then was traded before his next start. With just over two weeks now remaining on the schedule, that leaves a tight window for Montas to return, assuming he’s even able to follow a similar schedule this time around.

For the Yankees, this will put a dent in their rotation depth for the remainder of the season and potentially into the postseason, depending on how Montas heals. Despite a rough second half, they still have a 5.5-game lead over the Blue Jays in the AL East and are well-positioned to earn a bye past the first round of the playoffs. That would give them more time to get Montas built back up, assuming they are able to hang on over the coming weeks. In the short term, the Yankees are expected to get Luis Severino back from his own IL stint Wednesday, per MLB.com, while Boone says that Domingo Germán will rejoin the rotation on Saturday, per Bryan Hoch of MLB.com. Those two will slot into the rotation alongside Gerrit Cole, Nestor Cortes and Jameson Taillon. In the long term, though Montas was acquired with the hope of being a key contributor for the Yanks in the playoffs, it’s now uncertain how much of a role he will play there.