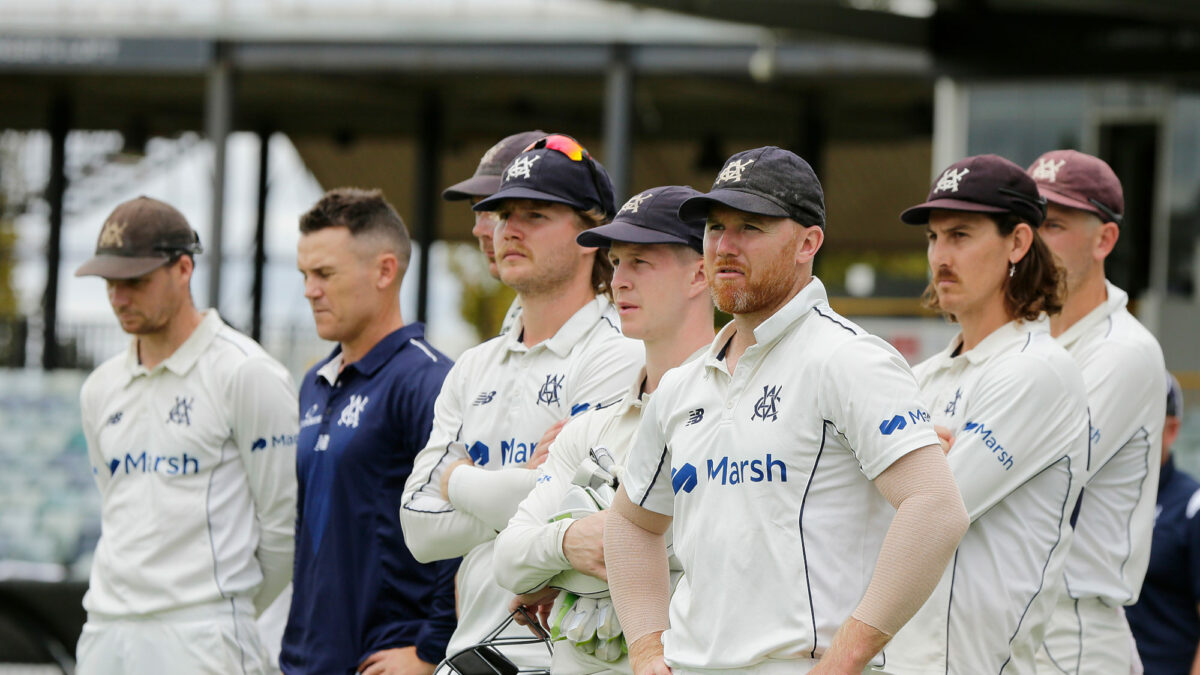 ‘Refuse to lose’ seemed to be the theme last season for the rebuilding Victorians, as they begrudgingly saw off their competition to finish second in the Sheffield Shield, only to fall short in the final to a powerful Western Australia line-up.

Their success in the long-format did not translate to success in the One-Day Cup, however, with the side finishing last, mustering just one win in the competition, but provided valuable opportunities to several youngsters. As their young squad continues to take shape, let’s take a look into the squad’s strengths and weaknesses for the upcoming season. 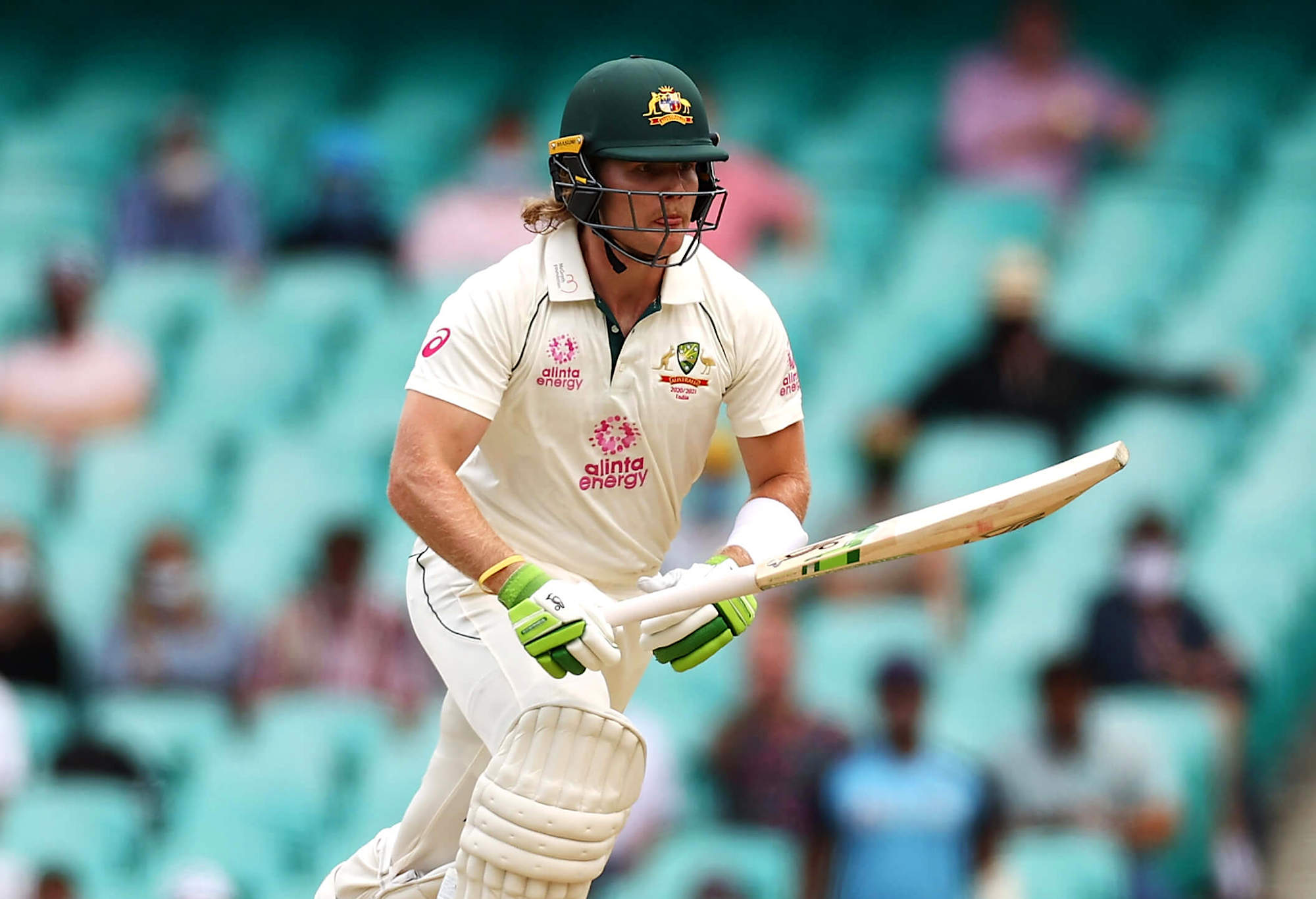 With the squad continuing its rebuild, no interstate players were recruited, as the Victorians looked to give opportunities to more homegrown talent in Ashley Chandrasinghe and Campbell Kellaway. The big out is Seb Gotch, who was sadly forced to cut his career short due to a chronic finger injury. Not many people have worked harder for an opportunity at state level than James Seymour, but as the side looks to the future, he has been delisted, alongside Xavier Crone and Tom Jackson.

Analysis: Youth is the obvious theme throughout the squad, and the Victorians have shown they aren’t afraid to give opportunities to their youngsters, especially in the One-Day Cup. All eyes are on Will Pucovski this season, as he attempts to return to the Victorian side following yet another season marred by the concussion issues that have plagued him his whole career. Has started strongly, finishing unbeaten on 193 in the opening second XI game of the season against New South Wales, and remains one of the most promising talents in Australian cricket.

Marcus Harris has proven himself as one of the best players in Australian domestic cricket but has failed to take his opportunities at Test level thus far. Desperately needs a big season to remain in the fold. Maddinson has arguably been the best batter in the Shield over the past few years, but there doesn’t seem to be a spot for him in the Test side and time is running out for him. 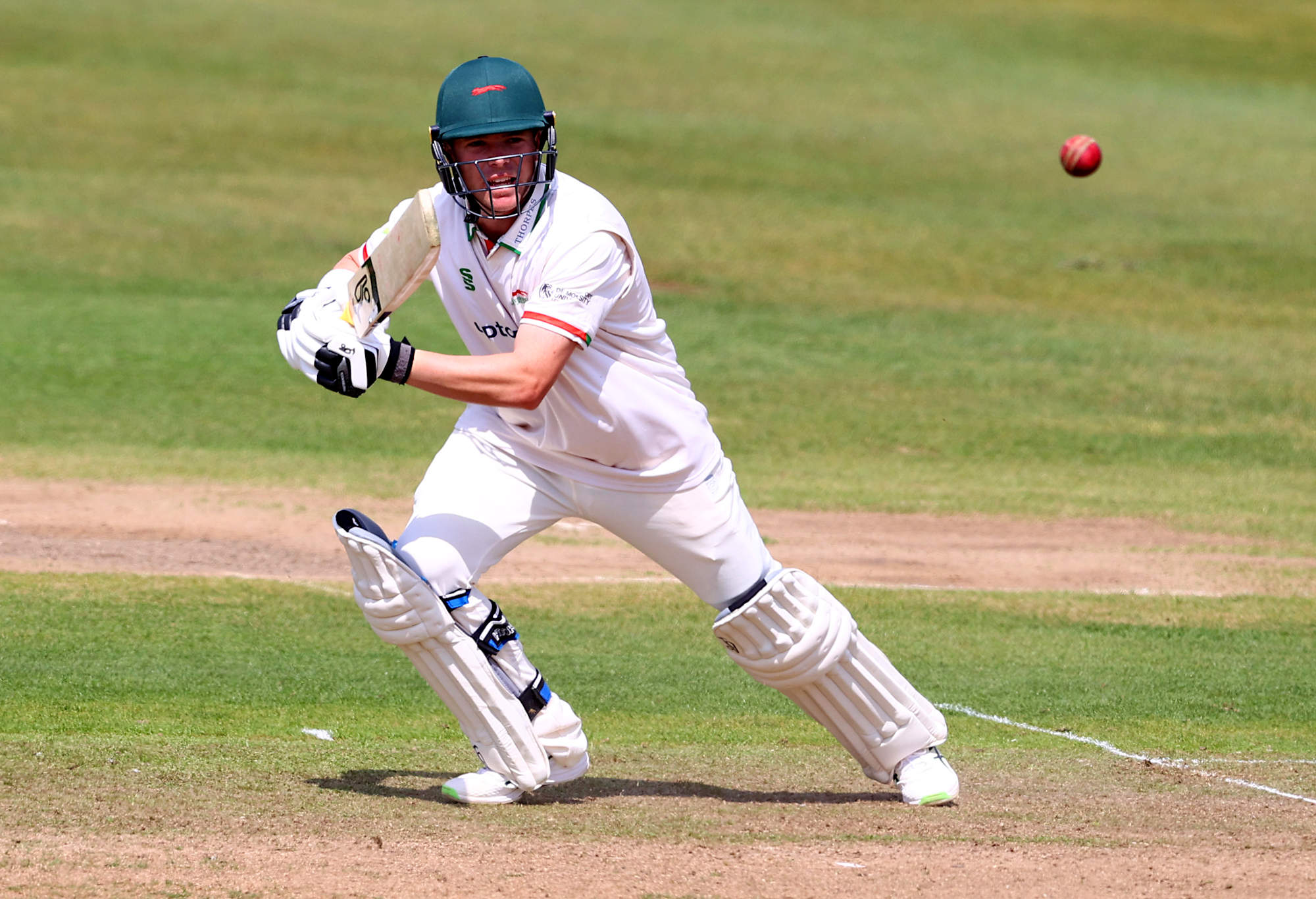 Handscomb returned to form with a bang last season, finishing as the leading run-scorer in the Shield and leading from the front. Still only 31, don’t write him off for a comeback to the Australian side if he picks up where he left off. Travis Dean was an unlikely winner of Shield player of the season in 2021/22, but at 30 years old and with promising top-order bats coming through, he could be overlooked for younger alternatives.

Fraser-McGurk and Harvey have been given plenty of opportunities in recent years, and the Vics will be hoping for more consistency from the pair this season. Rookie-listed opener Chandrasinghe has immense talent and scored a hundred alongside Pucovski in the second XI match. Should be given an opportunity at some stage during the season. Finch’s decorated ODI career came to an end following the ODI series against New Zealand, with retirement from T20 internationals also likely following the World Cup. However, don’t expect to see him in navy blue, with Finch stating his desire to avoid taking opportunities away from younger players by occupying a spot in the side.

It will be interesting to see how often Maxwell appears in Shield cricket, as he returned to the Test squad during Australia’s overseas tours during the off-season, and still holds aspirations of pulling on the baggy green. Still a tremendously talented player and one of the most exciting in the world when he’s on, it would be remiss of the Vics to leave him out of the side. Merlo continues to improve as an all-rounder, while Short took his bowling to another level last season, collecting 12 wickets to go with 306 runs in the Shield. With Gotch’s retirement, Harper is the only recognised wicket-keeper in the squad, though the Victorians will hope there is no need for a back-up, with Harper continuing to take on more responsibility with bat and gloves.

Outside of Pattinson (32) and Boland (33), the Victorian fast bowling stocks are as young as they come. Pattinson will dedicate all his time to Victoria after retiring from international cricket last season and is still a fearsome prospect for opposition batters when fit, though he may be racing the clock to get his body right in time for the start of the season. After years of toiling away for Victoria, Boland was finally given his opportunity at Test level and did not disappoint, picking up 7 wickets (including 6/7 in the second innings) in a dream debut at the MCG and finished with 18 wickets for the series. Remains on the fringes of the Test squad and should be available for most of the domestic season. 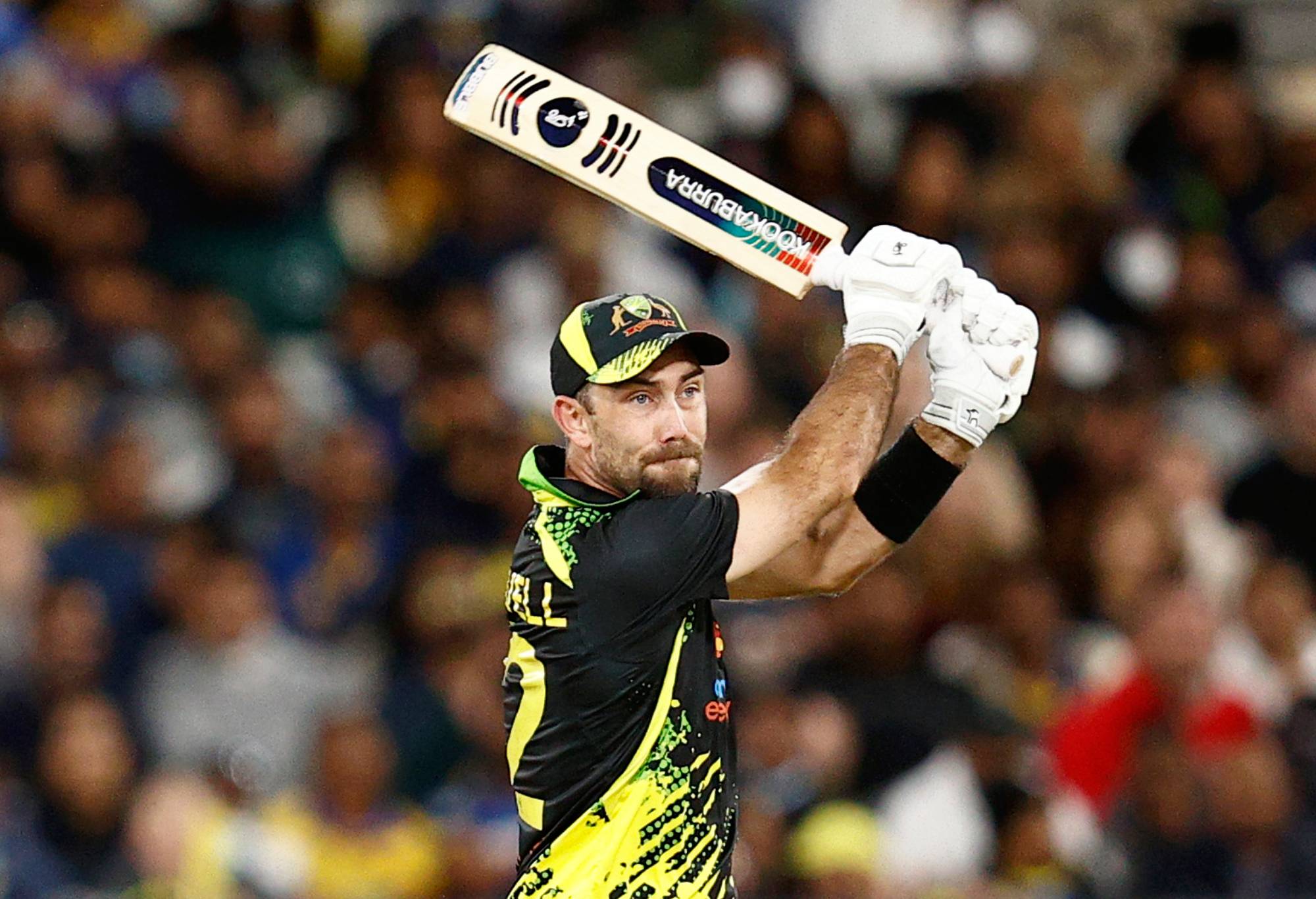 It’s easy to forget that Sutherland is still only 22 years old, given the maturity he has shown for the Victorians in past seasons, and continues to develop as he takes on more responsibility. Perry, also 22, will hope to build on his impressive 2021/22 season and become a mainstay in the Victorian lineup. Evans has pace to burn, but his accuracy has let him down at times. Couch and McClure showed promise when handed their opportunities in the One-Day Cup last season, while Elliott and O’Neill were also given opportunities.

It remains to be seen how the Vics will utilise their spinners, but they are certainly not short of options. Holland has been a stalwart for Victoria, and was even recalled to Australia’s Test squad in June after an injury to Ashton Agar, but at 35 and caught in the middle of a rebuild, might not be the first choice anymore. Todd Murphy is the ready-made replacement, and despite the off-spinner making just one Shield appearance last season (in which he took 7 wickets), he was called up to the Australia A squad, a move that endorses his huge potential. Young leg-spinner Wil Parker has taken 6 wickets in four first-class matches but may have to wait his turn for now. O’Connell was the leading wicket-taker in second XI cricket last season and has been around the squad for several years now, but is yet to have an impact in the first XI. 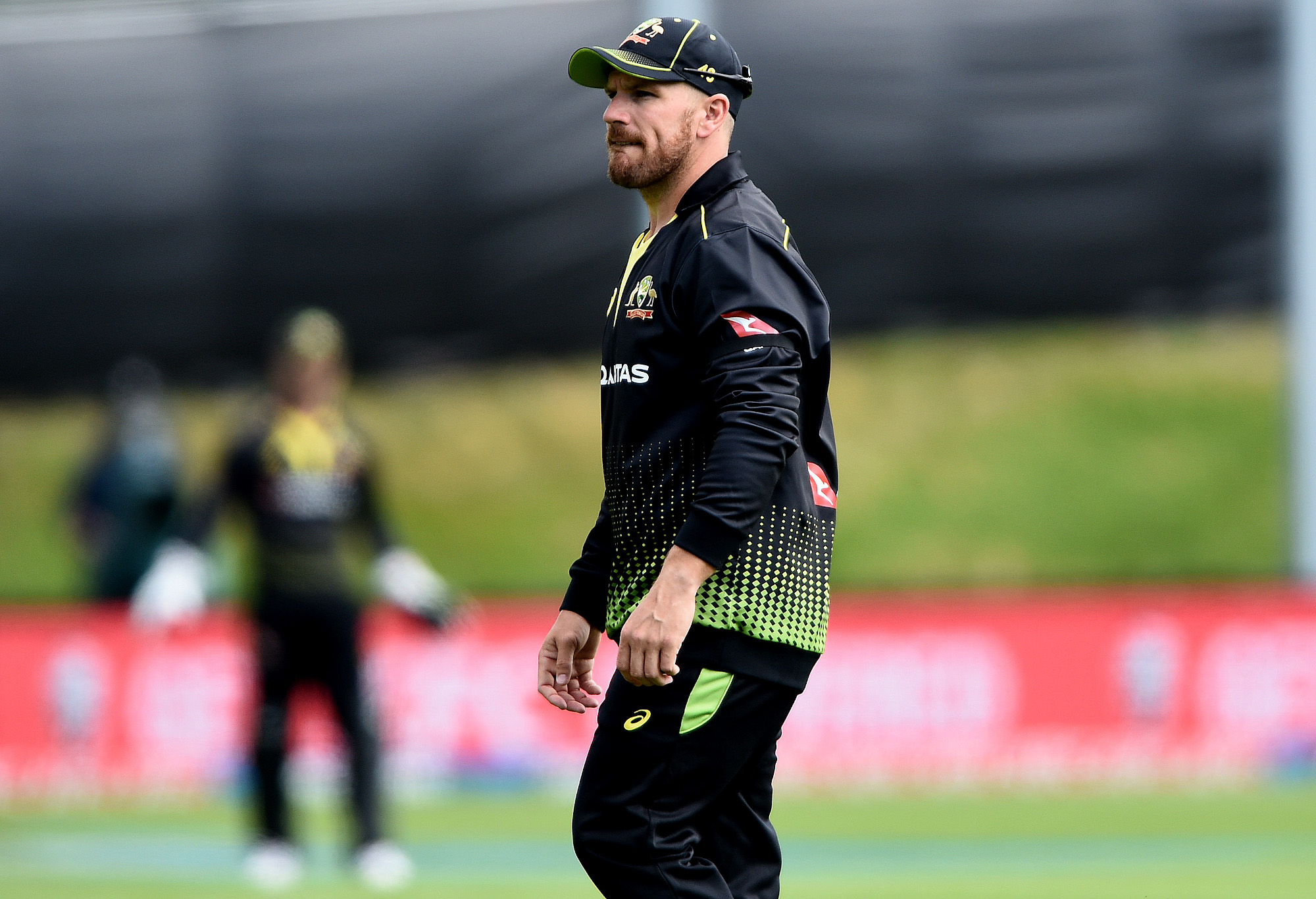 How They’ll Go: The Victorians still have a very strong line-up in the Shield, and will certainly compete well, even if they have to give more responsibility to younger members of the squad at stages throughout the season. As in previous years, the Vics will likely use the One-Day Cup as an opportunity to provide their youngsters with invaluable experience, even if it comes at the expense of competitiveness, but expect them to fare better than last season. Though the results might not come immediately, it’s an exciting time to be a Victorian fan nonetheless.