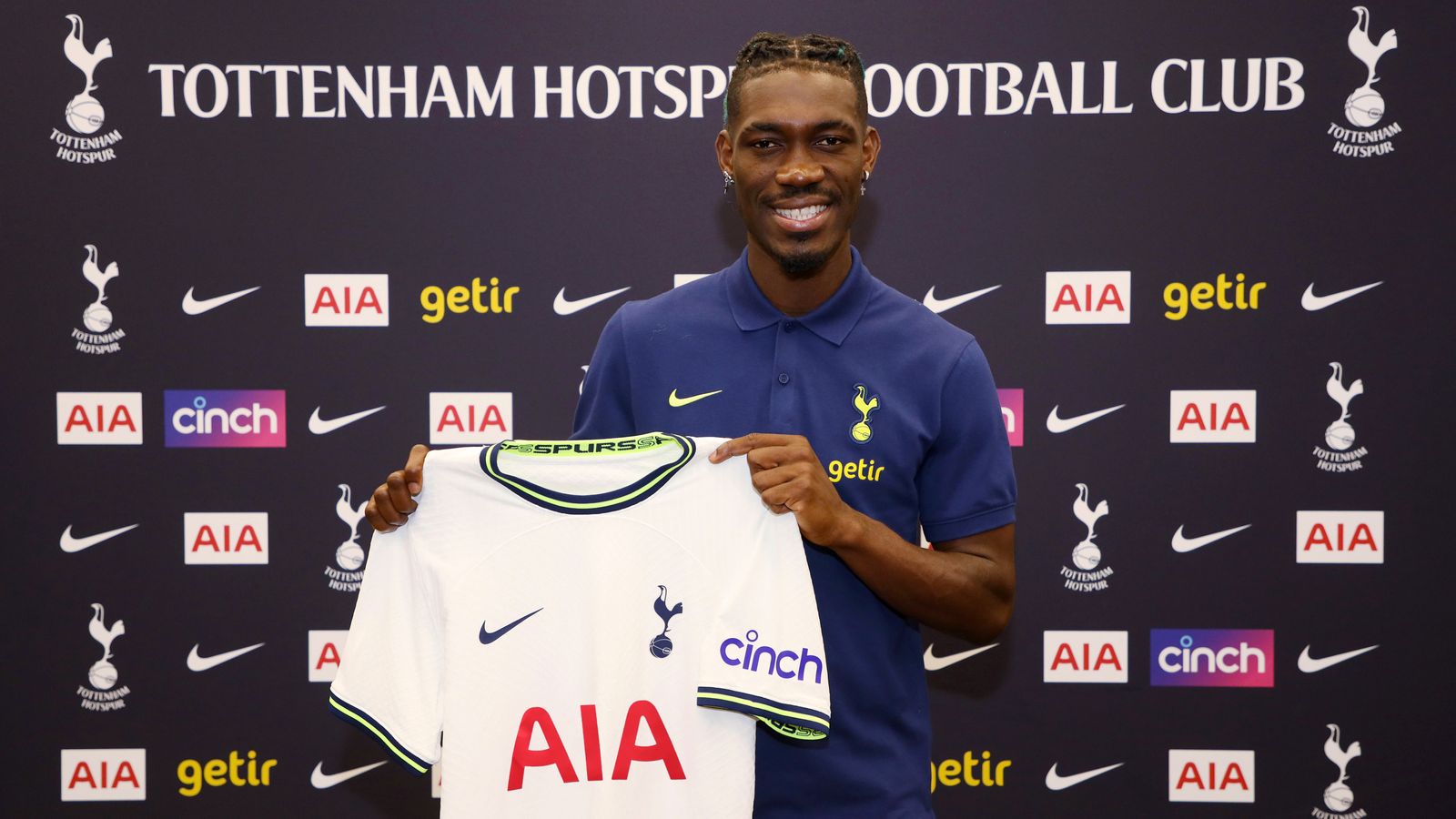 Brighton midfielder Yves Bissouma has signed for Tottenham on a four-year deal, subject to being granted a work permit.

Sky Sports News understands Spurs will pay an initial £25m for the Mali international, which will potentially rise to £35m with performance-related add-ons.

Bissouma is understood to have flown into the UK on Wednesday and stayed at the on-site hotel at Tottenham’s training ground.

The 25-year-old only had one year left on his Brighton contract and becomes Antonio Conte’s third summer signing after goalkeeper Fraser Forster and Ivan Perisic joined earlier this month.

Arsenal, Aston Villa and Everton had been among the other clubs interested in signing Bissouma this summer after Brighton had rejected a bid from Aston Villa for Bissouma in the January transfer window.

Tottenham have been watching Bissouma since he played for Lille and he had been on their list of targets to replace Mousa Dembele in 2018.

But Spurs ultimately signed Tanguy Ndombele in a club-record deal from Lyon, while Bissouma instead sealed a £15m move to Brighton, where he has shone during 124 appearances for the Seagulls.

Tottenham still have hopes of landing at least three other players including a new right wing-back, with Middlesbrough’s Djed Spence a leading target, a new left-footed centre-back, and another versatile forward.

Antonio Conte’s side, who finished fourth last season to qualify for the Champions League, face north London rivals Arsenal at The Emirates on October 1 with the return fixture at the Tottenham Hotspur Stadium on January 14.

The first newly-promoted side Tottenham face is Nottingham Forest at the City Ground on August 27 and that is followed by a midweek evening trip to London rivals West Ham on August 30.

Tottenham’s final game before the season pauses for the winter World Cup in Qatar will be at home to Leeds on November 12, with Spurs returning to Premier League action on Boxing Day at Brentford.

Tottenham face back-to-back London derbies at home in the second half of the season as they host West Ham on February 18 and then Chelsea on February 25.