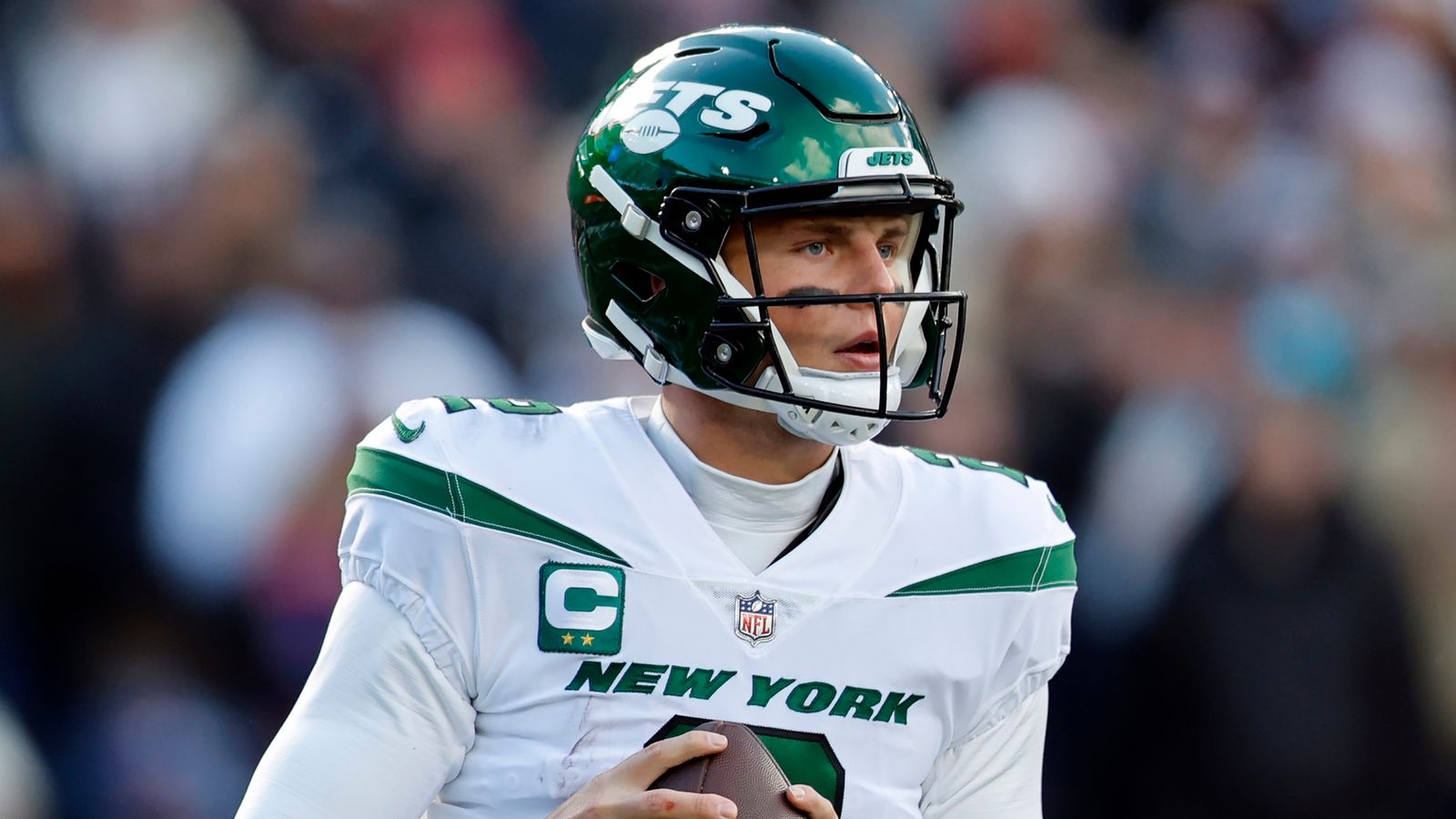 Zach Wilson has 1,279 passing yards, with four TDs and five interceptions, across seven starts this season; the New York Jets (6-4) are in the thick of the playoff race, sitting one game behind the Miami Dolphins and Buffalo Bills (both 7-3), who share the lead in the AFC East

New York Jets head coach Robert Saleh has refused to commit to Zach Wilson as the team’s starting quarterback ahead of their Week 12 game against the Chicago Bears on Sunday.

Wilson had his worst performance of the season last weekend in a 10-3 loss to division rivals the New England Patriots. The second-year quarterback completed 9 of 22 passes for just 77 yards.

He also came in for criticism for his one-word answer of “No” to reporters after the game when asked if he thought he had let the Jets’ defense down with his performance. 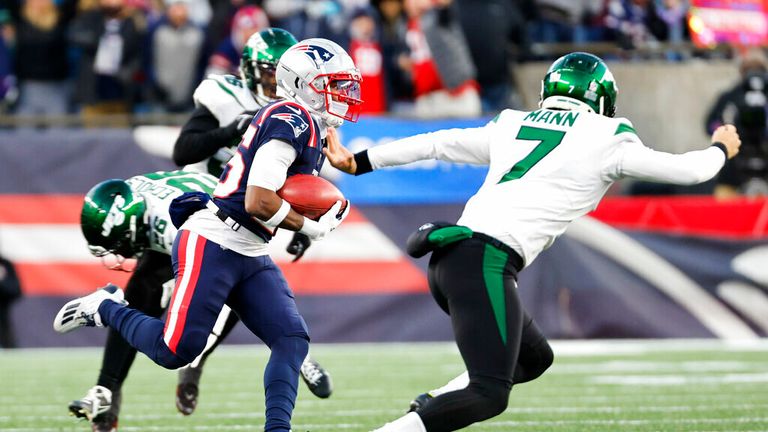 Highlights of the New York Jets against the New England Patriots from week 11 of the NFL season.

Highlights of the New York Jets against the New England Patriots from week 11 of the NFL season.

Saleh said on Monday that he had informed Wilson that his status as New York’s starter was uncertain. Mike White and Joe Flacco are the other quarterbacks on the Jets’ 53-man roster.

“We’re keeping everything on the table over the next couple of days,” Saleh said.

Then asked if he was committing to Wilson, he replied, “No, not right now. Not until I’m done evaluating everything.”

The Jets coach did, however, defend the second-year quarterback, adding: “I don’t think Zach lacks in leadership.

“I’m not going to shy away from the fact that I do think he’s the ultimate competitor. He wants to win just about as much as anybody. He works as hard as anybody. It means so much to him. 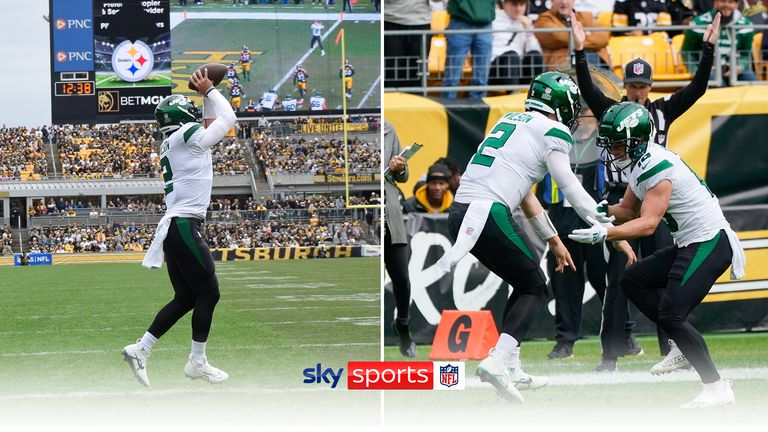 “Can he be a little bit better in front of you guys [reporters] when he’s up here on the podium… especially when it’s time to own it? Yeah. Of course he can.

“But I don’t think it’s indicative of how he feels about his team or team-mates, and I don’t think he’s naive to the fact that our offense wasn’t playing to the best of their ability.

“Obviously, he can be a little bit better but I think he will be better for it.”

Wilson missed the first three games of this season while recovering from a preseason knee injury. The Jets (6-4) won the first four games he started upon his return but are 1-2 since, with both of those losses coming to New England.

Patriots rookie Marcus Jones returned a Jets punt for a wild 84-yard touchdown to win it for the hosts with five seconds to go.

Patriots rookie Marcus Jones returned a Jets punt for a wild 84-yard touchdown to win it for the hosts with five seconds to go.

The No 2 overall pick in the 2021 Draft has completed just 55.6 per cent of his passes this year – matching his rate as rookie – and has 1,279 passing yards, with four touchdowns and five interceptions. His career touchdown-to-interception ratio through 20 career games is 13 to 16.

Saleh added on the potential change at QB: “I’ve got to be able to sit back and think what’s best for this organisation and this team.

“I get it; everyone looks at the quarterback and wants to throw everything on him… but there is also an evaluation process to make sure we do what’s best for the organisation – and that’s every position.”

The Monday news conference began roughly 90 minutes late with Saleh saying it was due to a personal matter within the staff. He added that while a change might be ahead at QB, offensive coordinator Mike LaFleur will remain the team’s play-caller.

The Jets are currently in the thick of the AFC playoff race and are just one game behind the Miami Dolphins and Buffalo Bills (both 7-3), who currently share the lead in the AFC East division. They host the 3-8 Bears on Sunday.