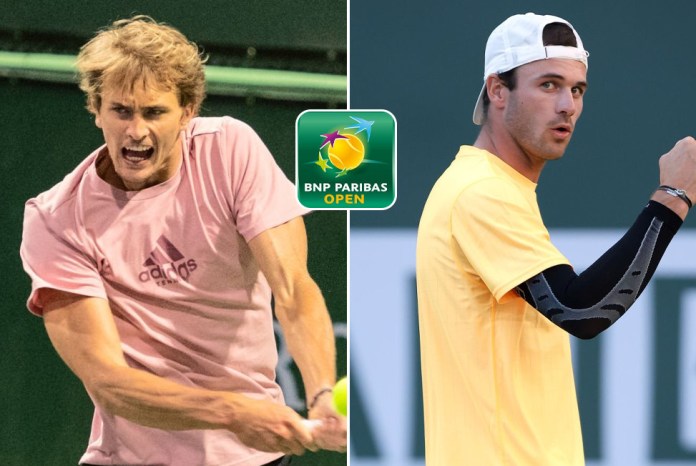 He will be keen to make full use of the opportunity to win his first ATP title of 2022 after impressive runs at the Australian Open and Montpellier. He is expected to win the opening encounter against 39th ranked American Paul after losing to the same opponent earlier this year.

On the other hand, Tommy Paul has won more than double the number of games that he lost in 2022. He has won 11 out of 16 games and would be keen to produce a competitive show against the Russian Zverev in his second head-to-head clash. Interestingly, it’s Tommy Paul who beat Alexander Zverev in straight sets at Mexico Open. The latter will be looking for revenge at the BNP Paribas Open.

Paul is a champion himself, having won his first tour-level title in Stockholm at the close of 2021.

It’s taken a champion to beat to beat him in the last two ATP Tour events- Rafael Nadal in Mexico Open and Cameron Norrie in Delray Beach.

“Whether I’m 80 in the world or 40 in the world, I like to think of myself as one of the better players,” he spoke about his rankings ahead of Indian Wells as he looks for consecutive victories against Zverev.

“I wouldn’t say the number next to my name adds any value to myself,” he added.